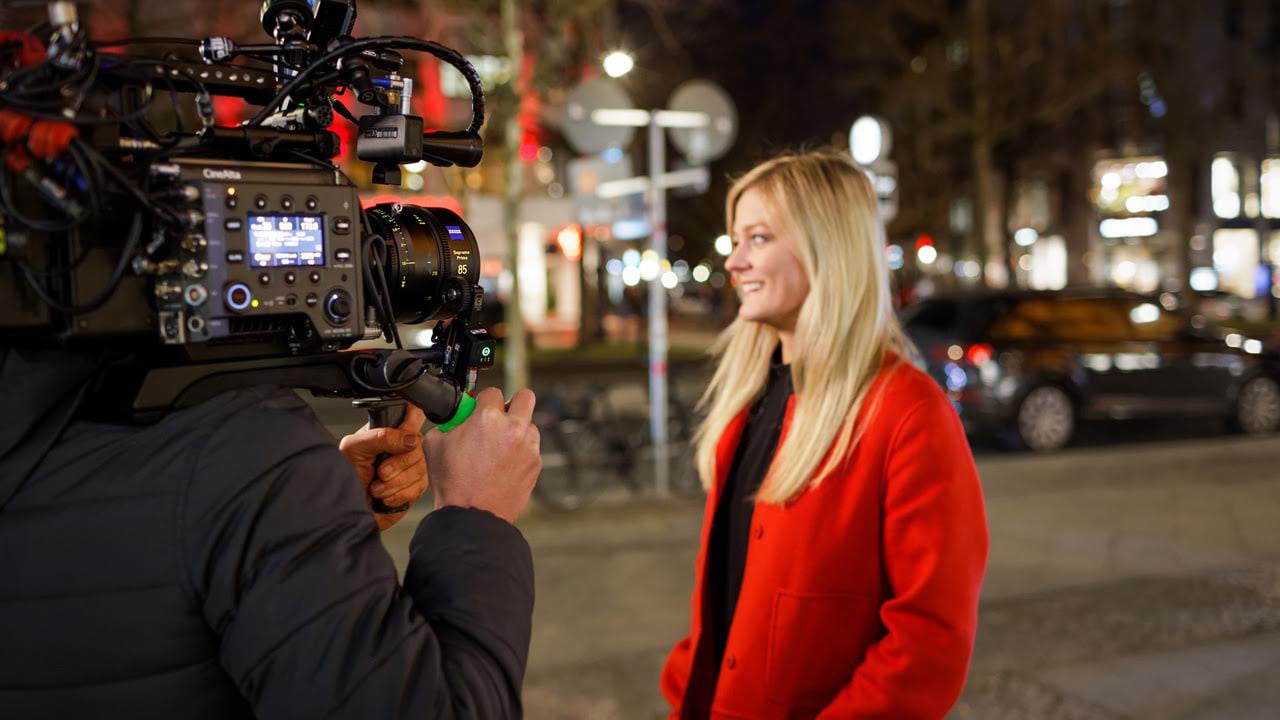 The brand new range of cinematography lenses from ZEISS are the most emotionally intelligent lenses from the German precision optics company. And that means images that filmmakers and audiences will love.

Early digital video cameras were stubbornly "video" cameras. With only a few megapixels and extremely limited dynamic range, there was little about them that said "cinema". Fast forward a decade or so and it's as if we've been transported to a different universe, with cameras that exceed the capabilities of all but the very largest film formats.

But the "race" to design cameras with bigger and better specifications has conditioned us to look away from what is perhaps the most important aspect of a camera and lens combination. We've almost forgotten how to talk in terms of the way viewers respond to what they see from a camera, which is a response that is largely emotional.

It might seem oddly inappropriate to talk about the emotional effect of a machine. But a camera is not a toaster or a vacuum cleaner. It's an artist's instrument. When it's used to make a film, it's part of an artistic chain that starts with the lens and finishes on a display. It’s as much a medium as a tool.

A camera without a lens is not a functioning camera.  Cameras and lenses have an intimate, complex and yet subtle relationship. The emotional effect of this combination almost defies scientific analysis. What does this mean?

ZEISS is renowned for building lenses that are sharp and precise, which are good qualities. They are literally "transparent" in the sense that whatever is in front of them will be rendered into the best possible image on a camera's sensor. The new Supreme Primes are as sharp and as precise as ever, but have been designed to work with higher resolution cameras and larger sensor sizes: "Full Frame" is trending very strongly at the moment.

But as you move towards higher resolutions, surprisingly, perhaps, the meaning of "sharpness" changes.

In the early stages of the transition towards digital video cameras, it was essential to sharpen the pictures. This type of sharpening does not add information out of thin air: it's an effect, pure and simple. It's like a tone control for images, it "boosts the treble". It also boosts any noise that's present at those frequencies. So while it can make an image seem superficially more sharp, it does not add detail. Most importantly, it can't cure aliasing, which is the "stepping" you see along near horizontal or vertical edges. In fact, it can actually make this look worse.

Even HD video sometimes needed sharpening. It wasn't until higher resolutions like 4K, 6K and even 8K came into the picture that filmmakers realised that when images are captured and reproduced with enough - native - sharpness, they don't need boosting, and the results are wonderful and spectacular.

Yes: of course there are more details. But beyond this, everything is smoother. Curves are curvier. Circles are rounder. Diagonal lines are no longer staircases - at least not visibly so - and the whole image has a natural integrity to it that was often left behind before. Some of the reasons for this are clear and understandable. Some are so subtle and complex that they're not.

But here's an easy to understand example. The resolving power of a lens is measured in terms of its MTF (Modulation Transfer Function). This alarmingly technical parameter is nothing more than a measure of how small an object a lens can reproduce. The better a lens's MTF, the more details you're going to see in your pictures, up to the limit of the resolution of the sensor (which also has an MTF value).

It is into this new arena that ZEISS has stepped with the Supreme lenses. Now that it's possible to capture the essence and character of a scene with such faithfulness, it's essential that lenses are sympathetic to this.

With decades of experience, none of this has taken ZEISS by surprise - except, perhaps, along with everyone else, the speed at which this has happened. When it set out to design the Supreme primes, the intention was - of course - to create a superlative set of lenses. But right at the core of that process was the idea that the lenses should have character. But what does "character" mean? Surely as a lens approaches perfection, its "character" should diminish?

All of which depends on what you mean by "perfection".

Think of a lens/camera combination as representing the journey that a scene takes to reach the final moving image. High resolution cameras can capture every nuance of the light that travels through a lens. Remember that humans do not see images directly. A scene, even if we see it with our own eyes, is always "interpreted" by our process of perception. It is this process that also sees "character" and allows us to feel emotion. So the purpose of a lens is to supply viewers with an image that is most effectively interpreted by our perceptive pathways and mechanisms. This is the pipeline through which emotion in a scene passes.

ZEISS has somehow managed to create lenses that are precise, and yet are full of character. Filmmakers can use this character to create emotive images, or to enhance scenes that are already emotional.

The new Supreme Prime lenses from ZEISS come with character and personality, without compromising their ability to capture the highest resolution images and the finest details. They're lightweight, compact and ideal for the modern generation of Full Frame cameras.

Here are some videos shot with ZEISS Supreme Primes. To find out more click on this link to ZEISS’ website.