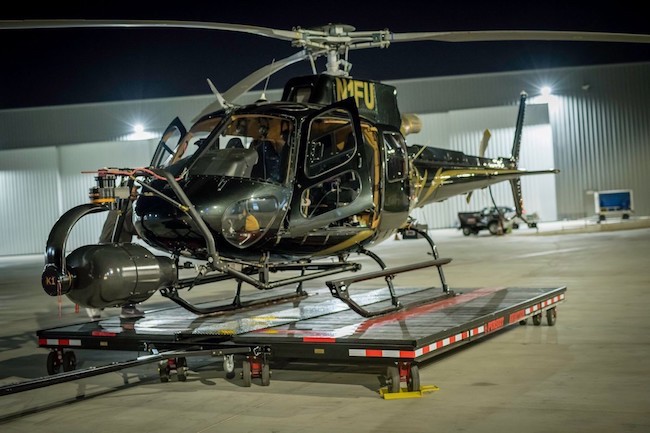 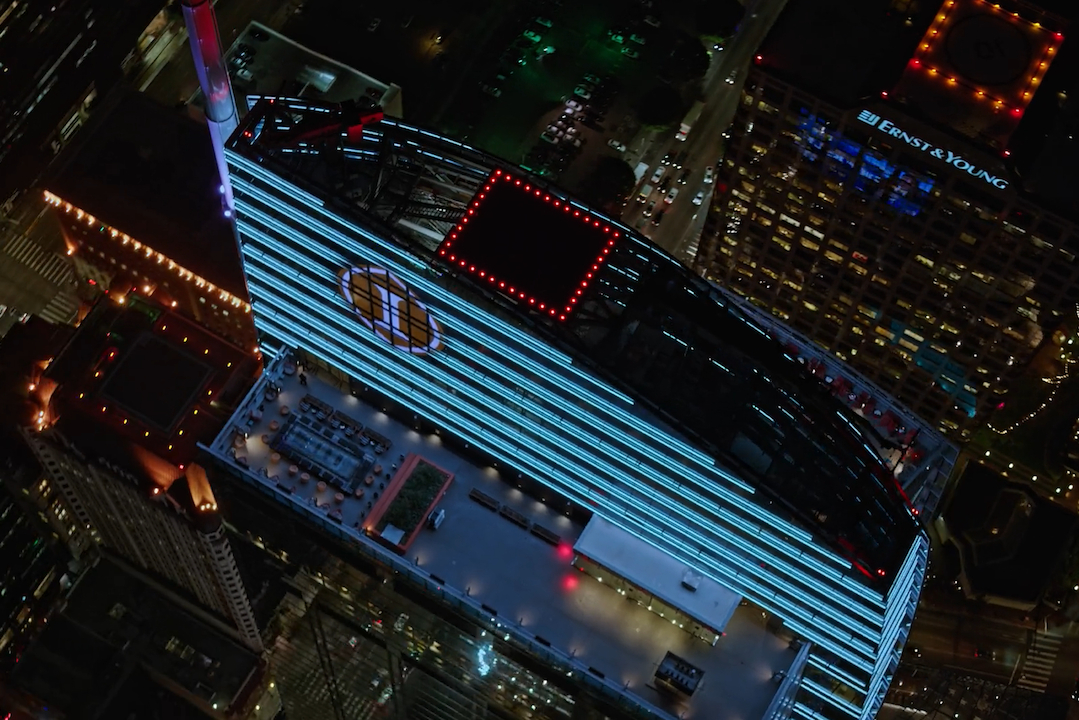 The footage was screened at 8K at NAB

One of the best visual treats at this year’s NAB was the aerial footage of downtown Los Angeles shown by Sony at its press event. This is how it was shot.

Sony wanted the footage to showcase its new Crystal LED Display System and the capabilities of the VENICE CineAlta Camera together, and as you can see below it certainly does a good job of that. Downtown LA seems to be all neon and inky black reflective surfaces at night; a less dystopian Blade Runner shot through with a healthy dash of Tron.

It was shot in Sony Raw X-OCN (for the best colour depth) at 6K full frame using 2500 ISO base by Gianluca Bertone of Bertone Visuals from a Pursuit Aviation helicopter over the course of three night missions. 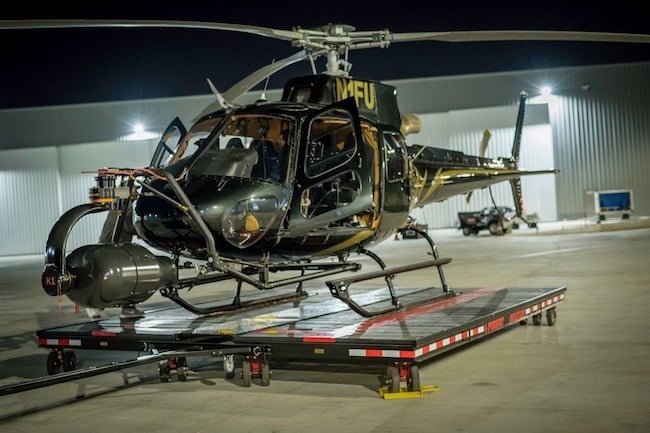 “This would be the first time that the camera’s ISO 2500 exposure index would be used, and the images had to be perfect for Sony at NAB,” said Bertone. “You now have a digital cinema camera that can shoot at ISO 2500 — which is great for night exteriors, dark interiors, working with slower lenses or where content needs to be graded in high dynamic range, while maintaining the maximum shadow detail,” explained Bertone. “And that means your lens has to perform perfectly.”

A different prime lens from a different manufacturer was chosen for each of the missions, it being slightly impractical to land the helicopter and swap them over. The footage below was shot with a Cooke 32mm S7/i Prime.

“I was able to pick the lenses, and Cooke was at the top of my list,” added Bertone. “I own a number of Cooke Anamorphic/i Primes — renting more lenses when needed — as well as a set of S4/i Primes, so I know the great quality and great ‘Cooke Look’ that I was able to deliver. My choice for Sony was a Cooke 32mm S7/i Prime. And I fully understood why Sony wanted to shoot with a variety of lenses — it makes perfect sense when shooting demo footage of a camera.”

The post challenges were interesting as well, the team effectively having to grade blind for a display they didn’t have.

“We had to deliver our 6K full frame source for an 8K HDR final canvas, but we didn’t have the actual display that would be used. That was in Japan,” says Bertone. “For over a month, using DaVinci Resolve and a Sony 1000 nits 4K BVM X300 HDR monitor, we processed three-minute timelines that were sent to Japan so that Sony could look at them on the Crystal, as we couldn’t grade for the system — no one could. Then based on feedback, we would make any needed corrections.”

The intercontinental feedback seems to have been effective too as you can see from the video below.