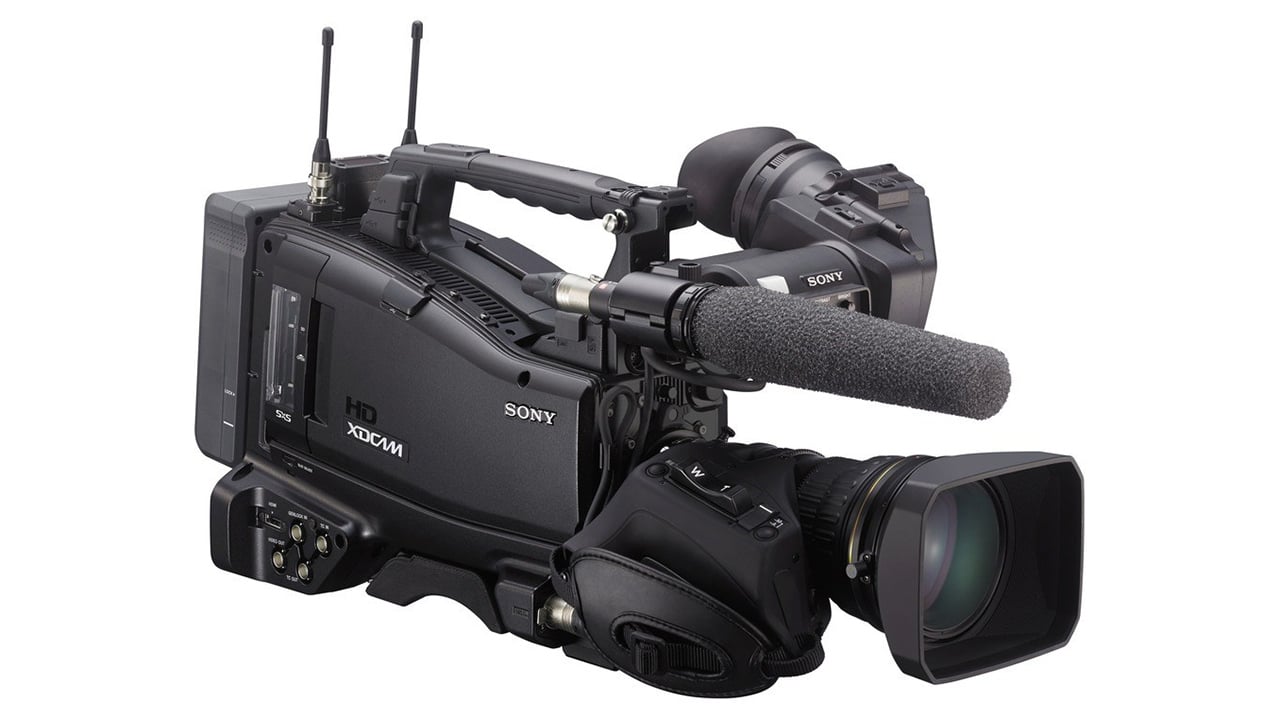 ENG cameras can often now be seen as old hat. But they are the workhorses of the industry in many ways still.

Away from the noise of the internet, those who are on the coalface of production are often using kit that could be construed as being 'old' and obsolete. Except that it isn't, and there's a very good reason why they are using it.

Every so often, a keen young person who's interested in a career in the television industry will walk up to a camera person and say something like “wow, I'd have thought you'd be using...” and mention a piece of the latest, greatest, top-spec equipment. This is generally a bad idea and likely to attract the evil eye from everyone who works with the equipment you've just implied is yesterday's news. It's also an illustration of the gap that often exists between the cutting edge and the real world.

The problem with this is that new developments naturally don't represent the status quo, and may not for quite some time. We spend a lot of time discussing new releases on the internet, but they take time to filter out to the world, especially in long-lived installations like TV-production facilities. It's easy to point out that only some depressingly small proportion of humanity actually has access to HD television. In fact, a depressingly small proportion of humanity has access to clean water and adequate sanitation, which rather puts the 4K HDR situation into perspective. Television studios and outside broadcast trucks are not routinely refitted every few years and most people will not buy a new TV any more often than they have to.

The statistics show more or less what we'd expect. Demand for things like 4K are often stated in terms of the number of displays sold. That's certainly increased sharply in the last few years, from about a million in 2013 to 48.1 million in 2016 (data from statista.) Those numbers may obscure something of a shelving-off of adoption in 2015 and 2016, where sales increased more slowly than the four-year average, but they look like healthy numbers for a public which may be wary after the debacle of 3D. The thing is, in the USA alone there were something like 118 million “TV households” in 2016, and worldwide there are projected to be 1.68 billion by 2021. Even assuming the replacement rate doubles to 100 million units per annum, which is wildly optimistic, that's only a replacement rate of about 6% a year, and, of course, that will be overwhelmingly concentrated in the first world.

Early adopters want all the toys, in terms of broadcasters and viewers, and they pay prices which help fund the development effort. In the main, though, the status quo lags the headlines a lot – often by a decade or more. Do not expect every television studio to quickly become capable of producing UHD, HDR, and every other acronym. The thing is, there still need to be those early adopters. Companies like Blackmagic have done well by pushing out equipment capable of the latest things at attractive prices, even if their studio infrastructure offering isn't quite as mature as the options from Grass Valley or Sony. The trick is to balance appreciation and understanding of both the new and the old, especially where “old” is such a very, very relative term.