Need a tough ND filter? PolarPro's QuartzLine ND filters could be what you're looking for 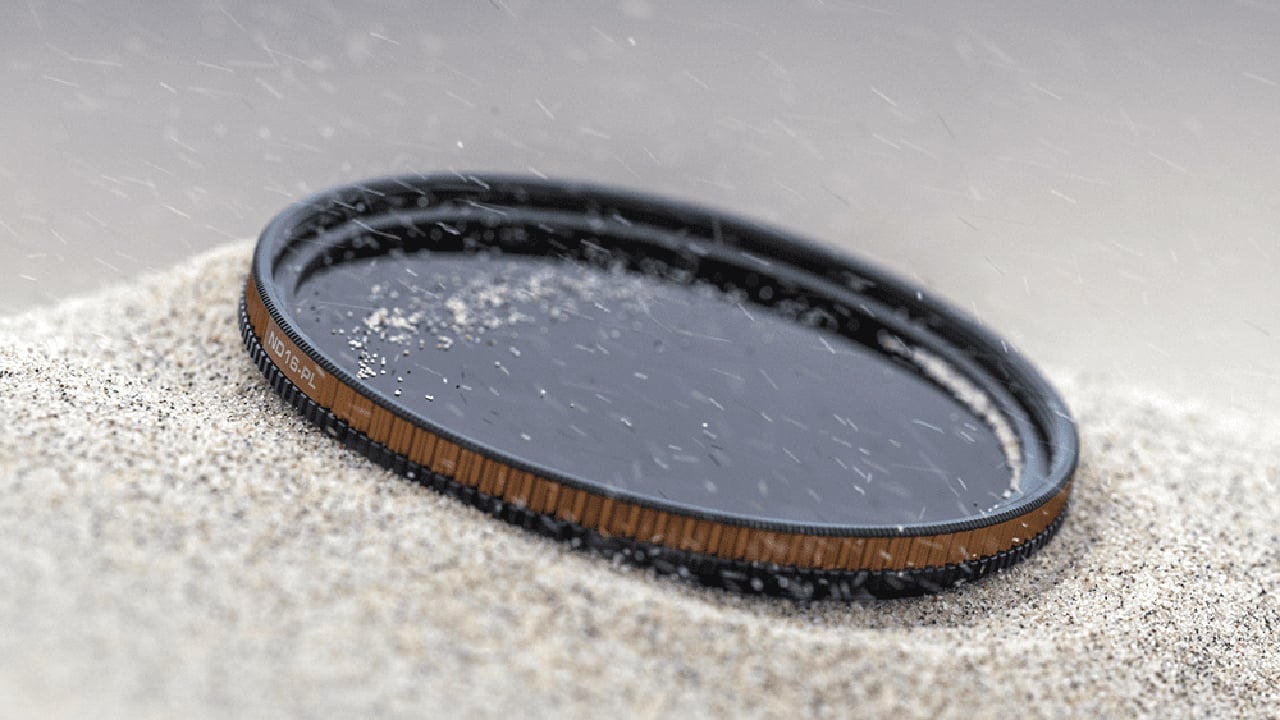 RedShark review: Most people are aware of what an ND filter is. Making a good one, though, is one of those things that's simple in concept but hard to do well. PolarPro have perhaps been best known for making filters to suit the tiny lenses on adventure cameras and drones, but their new QuartzLine range is designed to suit larger lenses.

This review is based on two of the range, the ND64 and ND8/PL, both provided in 77mm circular format. There are currently no square versions of these filters to suit matteboxes. The ND64 reduces light by six stops while the ND8/PL is a three-stop reduction with combined circular polariser. To get from ND filter notation to stops reduction, start at one and count the times you have to double the number: 2, 4, 8, 16, 32, 64 - six stops. Circular polarisation is also available without neutral density, and there's also a combined ND16/PL and ND64/PL filter. 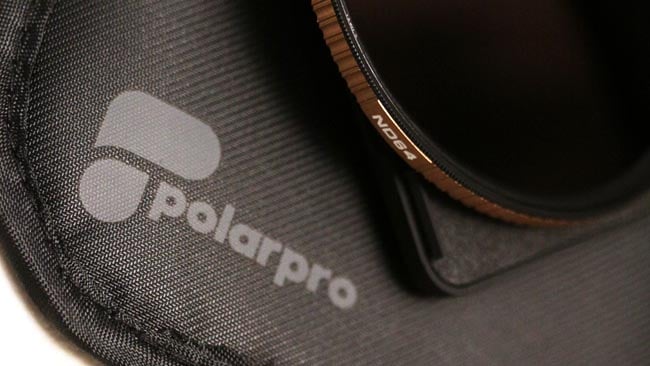 Both hard and soft cases are provided

Six stops sounds like a lot, but it's actually a fairly normal requirement with high performance modern cameras. Even something as common as Sony's A7S series is often used to shoot video at 1600 ISO. On a sunny-sixteen sort of day with bright sunlight, at f/16, the ideal exposure time might be something like 1/1600s. That would produce noticeable stroboscopic motion. Reducing light by five stops would get us down to 1/50, since if we halve 1600 five times we get to 50. That would produce conventional motion rendering. Many lenses don't do their best work at f/16, so the option to open up a stop is also valuable. For even more extreme situations, particularly where we want to create geniunely shallow depth of field, or very low frame rates, even more may be required. PolarPro's ND series goes up to ND100K/PL, a fifteen-stop reduction, to accommodate this sort of thing.

Very heavy ND filters in the ten-stop range can start to reveal the challenges of making good ones. One key requirement is to create a filter that's completely colour neutral, so the scene doesn't end up darker but also slightly tinted. It's difficult to get right, especially given that the filter must ideally attenuate UV and infrared light just as it does visible light. Camera sensors can see both UV and, to a greater extent, infrared light, which cause fogging and loss of contrast. 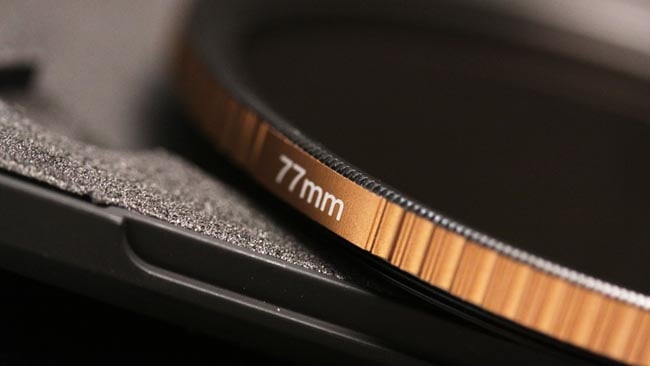 Exposed brass at the edge of the ring. Chunky grip milling is nicely done

If a filter massively reduces visible light without reducing infrared, the amount of infrared contamination can become comparatively large and cause serious problems. It's not a simple situation to analyse, because at least some of the problems with IR contamination were historically provoked by cameras with rather poor infrared filtering on their sensors. Results can therefore vary somewhat camera-to-camera, but we'll look at it should the heavier filter become available.

Other concerns include the uniformity of the filter. An ND filter shouldn't have darker and brighter spots in it. PolarPro's filters are made of quartz like the inner envelope on an HMI bulb, as opposed to conventional glass. In a lightbulb, quartz is used for its high melting point, but it's also rather harder than glass. PolarPro's quartz filters are only a millimetre thick, which suggest they may use vacuum-deposited coatings on the outside of the filter to create the neutral density layer. Done well, this should be highly uniform. 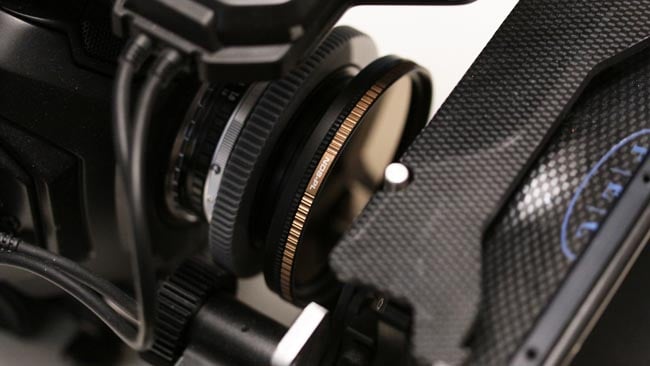 PolarPro tells us that another advantage of using fused quartz is that it has a low index of refraction. Quartz has an index of 1.458 at common wavelengths. Of the common optical materials only calcium fluoride, fluorite, at 1.434, is lower. Ideally, a lower refractive index should cause fewer errors as light passes through the filter at an angle, which it inevitably will towards the edges of frame.

The circular framing rings are made of brass, with part of the ring left uncoated to reveal the deep golden colour of the metal. That's probably a bit of an affectation, although brass holds a thread better than, say, aluminium, and may be less likely to jam. The black coating is not anodising, as brass cannot be anodised, and seems slightly glossier and less likely to flake and cause jamming than the coating on most filter rings. The rotary action on the polariser is equally well-done and the filters are supplied with both hard and soft cases. The hard cases are particularly nice and allow the filters to be pocketed with confidence they won't be wrecked. 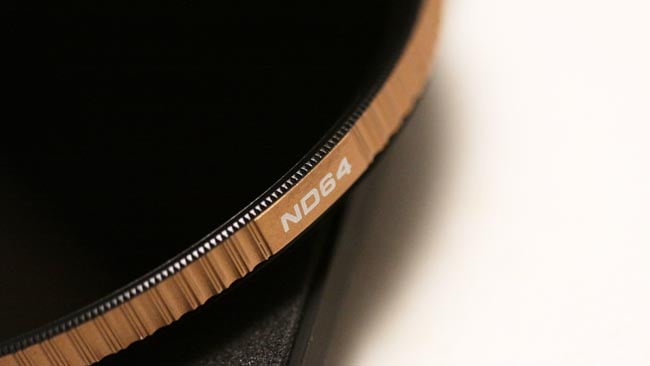 The technology sounds good. It's difficult to test filters objectively without advanced laboratory equipment, but the performance seems fine. Subjectively, the thinness is visible - in a good way - which contributes to a feeling of clarity. On an Ursa Mini 4.6K the infrared performance seems reasonably OK, bearing in mind that we're not testing the very high density 10-stop filter. That particular camera has perhaps slightly less IR filtering than we'd ideally like, so it's a reasonably good test of IR filtering on a filter like this. The Polarpro filters probably don't obviate the need for a hot mirror in really extreme situations, but that changes with different cameras anyway. A printed uniformity test report is not included.

The PolarPro Quartzline 77mm ND64 filter as reviewed costs $229.99, while the ND8/PL is $10 more. They're not the cheapest in the world, though the company is offering an upgrade program worth $20 for 37mm and 46mm filters (which are less expensive to buy from them), and $40 for 67mm and up. To many people this will effectively amount to a mail-in rebate, and takes some of the sting out of obtaining what appear to be well-made and nicely-presented filters.