Shooting anamorphic on a budget has never been easy 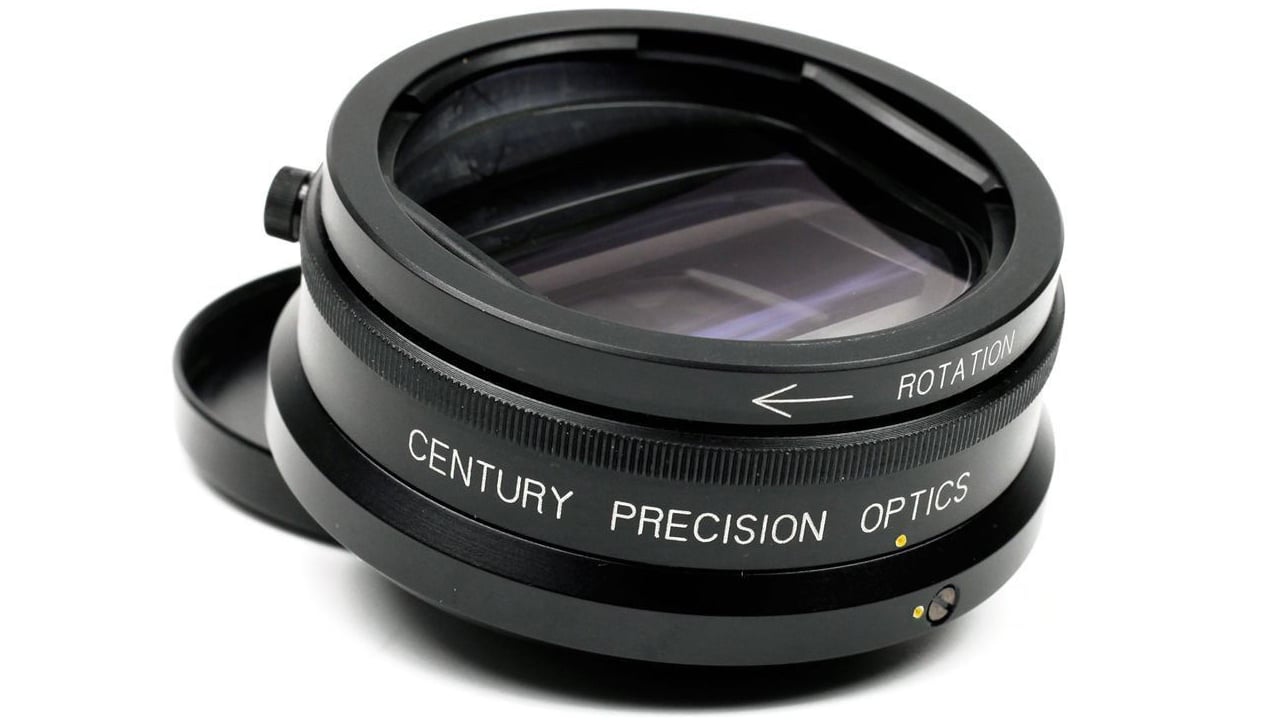 What do you do if you need to shoot 16:9 widescreen on a 4:3 camcorder? In the early days of SD digital broadcast this was not an easy problem to overcome!

What do you first think of when you hear the term anamorphic? High-quality visuals that are usually reserved for large budget productions?

Well, yes, it used to mean that for me, having first heard about it back in my schooldays when my English teacher told us all about anamorphic lenses and their use with projectors. Fast forward <cough> years and anamorphic and I cross paths again, this time in the professional arena, no, not with the excellent range of Zeiss, Cooke or even Hawk lenses. This time with a lens known as the Century Anamorphic Adaptor, born out of necessity and used out of desperation.

You see, in 1998 when the BBC launched 2 new digital channels, BBC Choice and BBC Knowledge, part of the appeal of these new channels was that they were transmitted digitally in 16:9, not just letterboxed but anamorphic. Those viewers who had the right equipment could choose to watch content in 16:9 transmitted and stretched vertically to the new DigiBoxes and then correctly displayed by their widescreen TV or letterboxed on their 4:3 set if they wished. The original OnDigital boxes were in short supply initially. In fact, I remember that only three of them existed at the BBC at the time, but this didn’t halt the requirement to acquire content, and lots of it, in widescreen.

For the larger budget productions, which were not plentiful, there was Digibeta. However, for the rest of the largely internal production teams there was little choice – yes, the irony doesn’t escape me. In short, a lens, or more specifically an anamorphic adaptor, was adopted widely for use with DV-cameras, at the time mostly with the dominant Sony VX1000.

The VX1000 did have a 16:9 mode, but it wasn’t pretty. It failed technically as it subsampled an already compromised 3CCD block and then used the reduced vertical resolution to create an anamorphic stretch. We also experimented with shooting full-frame and cropping and stretching in post – better but still not acceptable. I have horrific memories of inserting reticules into the viewfinders of VX1000s that still make me shudder.

We had to do something, so we purchased a number of the Century adaptors. After testing by Andy Benjamin (the BBC’s Dr DV), we used them on various productions. Andy even found a way to reduce the scan in the viewfinder to give a correctly shaped 16:9 image when using the adaptors.

These lenses had their limitations – quite a few, it turned out. They were not zoom through. In fact, they got very soft beyond about 60% of the zoom range of the camera. You were restricted in terms of the iris setting you could use, otherwise it got very soft and the aberrations were terrible. This basically meant you had to light everything, not easy on productions with very limited budgets. Overall, they were soft in a lot of situations, but in good light, with great contrast, their performance wasn’t terrible, apart from one quite large caveat.

You had to make sure they were correctly aligned.

These were bayonet mount adaptors. Fitting them to the front of the VX1000 was quite easy. However, the front part of the lens rotated and you needed to make sure the image seen in the viewfinder was correct. Any slight variation to the vertical alignment caused problems and sometimes in the heat of setting up the camera, things can get missed and sometimes this was one of those things.

I did see whole shoots where this was a problem; short fat images that needed to be corrected. That was not the biggest issue though. If you didn’t quite get it right, well, that was worse. People tended to look like they were leaning and close-ups showed faces that were heavily distorted, especially in profile. In general, it was a mess and something that really wasn’t correctable at the time. In fact, some years later Top Gear had this very problem on one of the in-car cameras. James May looked slightly odd. A native 4:3 mini camera was being used with the adaptor before the real 16:9 minicams were available.

I wish I could say that this was a short lived problem. However, it took ages for manufacturers to release smaller DV cameras with proper 16:9 sensors. This was partially down to the fact that the UK was shooting and transmitting in standard definition 16:9, quite unusual at the time. The resolution of the 4:3 imagers got better over the years and this meant that the Century started to fall out of favour as the 16:9 crop and stretch mode in camera eventually got better and certainly more flexible than using the adaptor method.

Only since around 2012 has anamorphic shooting started to take off for TV programmes. The availability of high-resolution sensors in the correct aspect ratio, combined with proper anamorphic lenses, means that the Century Adaptor is becoming a distant memory used in a time when budgets and aspirations seemed destined never to meet.