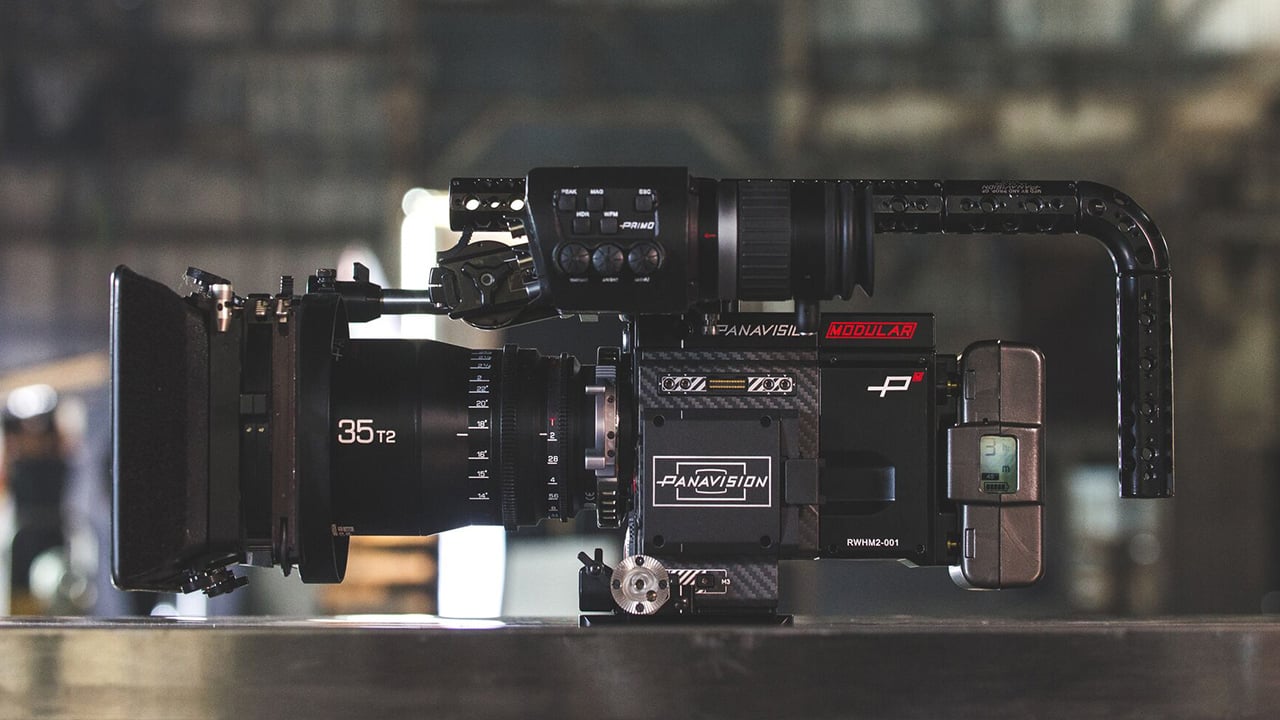 The DXL-M modular accessory, one of several new products from Panavision

It's perhaps a bit of a leap to call digital cinema cameras a mature technology. We'd all like 8K of resolution on a Super 35 sensor, if only so we can downsample it for maximum aliasing-free sharpness. Whether or not we can, one day, make 35mm-sized sensors that can achieve that goal without compromise is one thing; it seems inevitable that people will continue to desire even bigger chips for – let's say – other reasons.

That's probably why cameras such as Panavision's DXL series, as well as things like the Alexas 65 and LF, Sony Venice and others, exist. Panavision as a company is used to servicing no-compromise filmmaking, that part of the market that's most capable of dealing with the challenges of really big chips and willing to pay for the right crew and equipment to do so properly. It's also a company perhaps most famous for its lenses. As such their 2018 Cine Gear releases make complete sense, perhaps most excitingly the Ultra Vista 1.6:1 anamorphics.

Big, high-end films like really big chips. Big, high-end films also like anamorphic. Options to combine the two do already exist in the Hawk 65 anamorphics, but regardless, the combination is almost the definition of a camera system designed for the most ambitious productions. There is an interesting dichotomy between the reality of the Ultra Vista anamorphics and the historical context of this sort of technology. Back in the day, really big formats like VistaVision were really intended to compete with anamorphic, or perhaps vice versa. They were alternatives in the 1950s push to create big, impressive pictures that would compete with televisions, but in the past they weren't usually intended to be allied technologies. 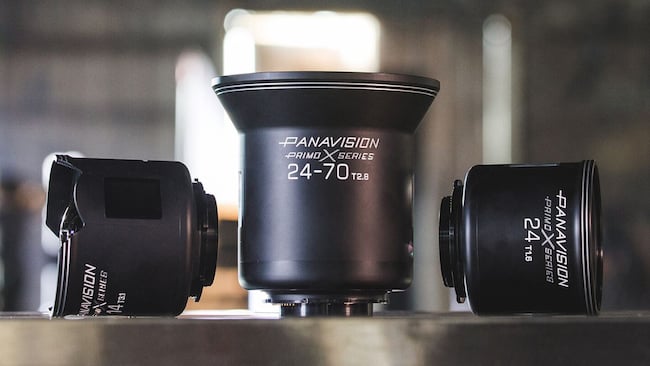 Combining the DXL2's big sensor with anamorphic glass is, then, rather like putting two different kinds of cream on the same piece of pie, but hey, people like cream on pie. It also hints at the idea, if hints were needed, that bigger chips aren't all about noise-free resolution. Panavision's press release describes the Ultra Vista range as offering “a classic elliptical bokeh and Panavision horizontal flare.” Anamorphic lenses, all else being equal, will not have the sharpness and cleanliness of spherical ones, so the DXL2's 35 megapixels will to some extent be used to characterise and record the optical aberration of the lens.

Which, in a world where resolution is cheap but style costs a fortune, is fine.

In pursuit of a more straightforward look, which Panavision call the Primo look, and which has been compared to Zeiss's Ultra Primes, the PanaSpeed range has been announced. As the name suggests the idea is for these to be fast, at T1.4, and Panavision suggest that they “will be the fastest large-format lens option available on the market” on release in the third quarter of this year. The combination of big sensor coverage and low minimum F-stop implies that the PanaSpeeds might be somewhat bulky, especially if they're designed for consistent or nearly consistent sizing and control placement, at which point they'll be as long as the longest focal length requires, and as wide as the widest focal length requires.

For light weight, Panavision has announced the Primo X range, initially intended to provide wide 14mm T3.1 and and 24mm T1.6 lenses, plus a 24-70mm T2.8 zoom. They're weather sealed and intended for use on drones and gimbals, perhaps as part of the company's initiative to provide Panavision style rigging and accessories for Red's extant DSMC2 range. The DXL cameras are really too big to go on all but the most enormous drones, so this makes sense. Rounding out the new lens selection, for people interested in a less exacting look than the Primo X lenses, there's the H series, a “traditionally designed spherical lens set with a glamorous, rounded, soft roll-off.” By Panavison's description, this will be the lens set beloved of candlelit period dramas and skincare commercials.

Other tech announcements include an LCND filter, using liquid-crystal technology to provide a variable ND. Reading between the lines, this isn't a continuously-variable filter like the electronic NDs in some recent Sony cameras, but it will save a bit of time swapping filters and a bit of carrying capacity. This sort of thinking, taken from their press release, is perhaps atypical of Panavision, who have not traditionally been too concerned with making their equipment small and light, much as the XL apparently stands for “extra-lightweight.” Still, drones and gimbals are increasingly important, and with the potential for remote control an electronic ND could be a real timesaver.

Perhaps the least obviously-spectacular announcement, the DXL-style accessory kit for Red's cameras, called DXL-M, is the one that'll make most difference to crews. Panavision unashamedly make equipment for big shows with big crews, and while their interest is probably mainly in the drone and gimbal market this might make their gear a bit more attractive to small shows that routinely shoot Red cameras anyway but lust after Panavision glass. Whether this means that Panavision-sourced Red cameras will get Light Iron's Panavision-specific colour processing, or whether that's even technically possible, is another matter.

Either way, the move gives Panavision something of an answer to the Alexa Mini. Whether the rest of their new offerings will make much difference to anyone other than the very high end remains to be seen, but it's hard to dislike the existence of a camera system that allows us to shoot anamorphic on a full frame sensor.

Take a look at Panavisions demo videos below.