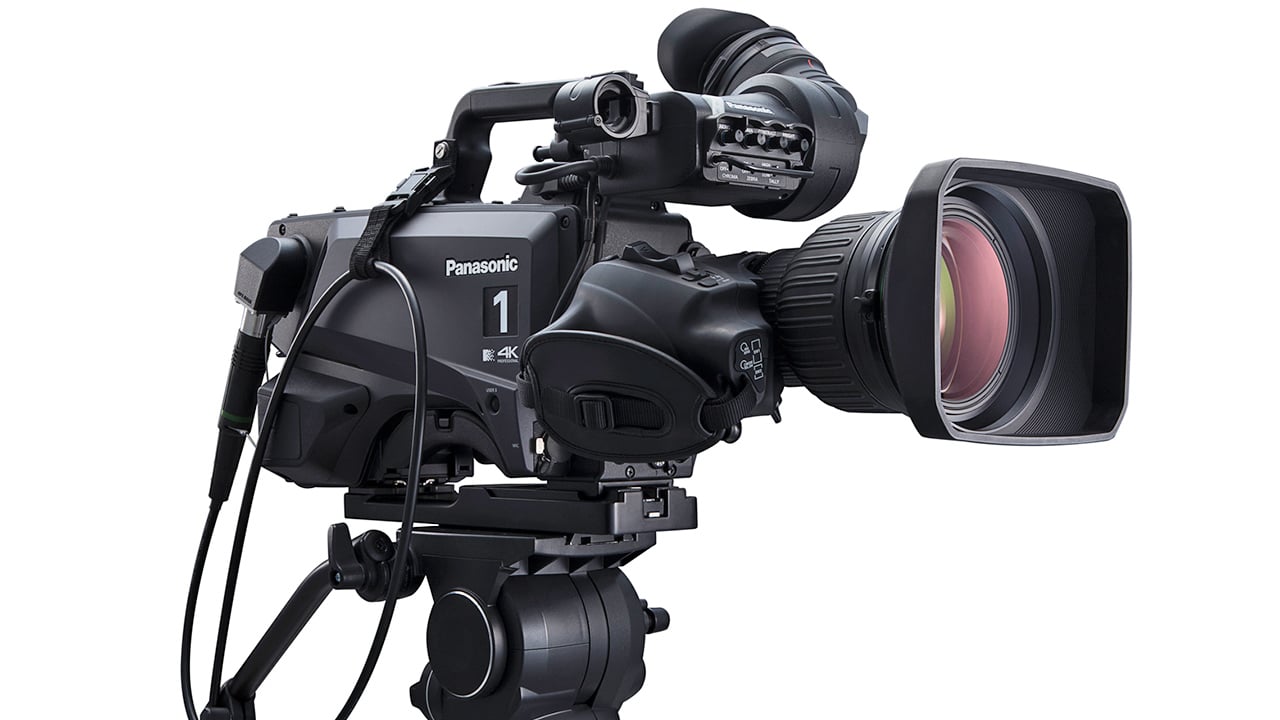 Dealing with the multitude of resolutions and formats out there can be complicated. In live broadcast these challenges are compounded. But Panasonic have a clever solution in the form of the UC4000 studio camera system.

Until now. Panasonic’s new UC4000 studio camera manages to combine all the advantages of a S35 sensor while at the same time encompassing all of the benefits of a 2/3-type broadcast camera, including deep depth of field for easier focus and an incredibly wide choice of lenses.

How is this possible? The solution is surprisingly clever. Using what Panasonic calls Large Single Sensor Internal Expansion Lens (LSSIEL) optics, the UC4000 converts the projected light from a 2/3-type B4 style lens to cover most of a S35 sensor size. In this case the UC4000’s brand new 4.4k resolution chip, achieving full over-sampled 4K and HD output with minimal moiré issues and an incredibly quiet S/N ratio of 62dB.

This is an impressive solution to the problem of obtaining the best of both worlds for live television broadcast. The UC4000 is fully capable of slow motion up to 240fps in HD mode. When matched with the ultra-fast MOS readout, skew is drastically reduced, making the UC4000 ideally suited to fast action live events coverage.

With HDR adoption on the increase, some unique challenges present themselves when it comes to working in a live environment. Panasonic has given serious thought as to how best to deal with these challenges with as much ease and convenience as possible.  For example, when working with live and HDR that is destined to be simulcast in SDR, extremes of contrast might present themselves as overly bright highlights, or overly dark shadow regions. This could reveal itself in scenes where there is a dark foreground, such as the stadium seating area, and a very bright, sunny football pitch.

These live situations present a serious challenge because the conversion to SDR could end up biased towards to the wrong side of exposure, or at worst clipping off important detail. Additionally overly bright areas could make the footage difficult to watch within HDR environments.

The UCU600 Camera Control Unit can place an exposure offset on SDR conversions. This can help with SDR conversions that may end up either overly bright or dark in difficult lighting conditions, so that the picture can be tuned to give the best result possible. Additionally a knee function and black gamma correction allows highlights and shadows to be compensated for in both SDR and HDR to ensure optimum output at all times. 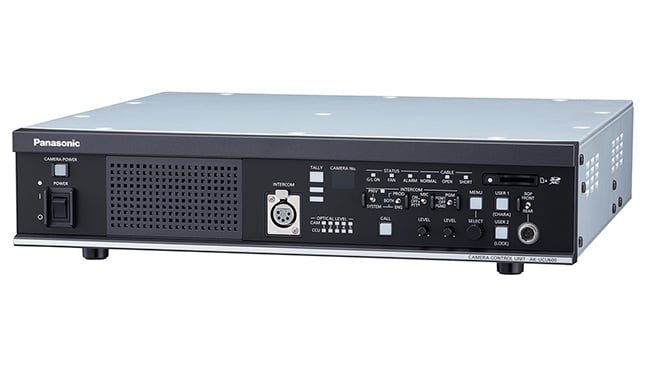 The real power of the UC4000 is revealed when it is combined with the AK-UCU600 Camera Control Unit. This system features 2x 12G-SDI outputs, each of which allows uncompressed 4K footage to be transferred with a single cable, and can output 4K, HD, SDR, and HDR versions of the feed simultaneously. In addition a 3G-SDI connection and cable can be used with a new compression system called TICO to transport 4K streams. This eases the burden on production outfits by enabling current HD infrastructure to be used with 4K systems. It’s an incredibly versatile system that truly accounts for the many different output formats that will increasingly be demanded by broadcasters.

But when combined with the UCU600, the UC4000 goes one step further when it comes to video transmission. When power is supplied to the camera by the CCU full 4K video can be transmitted up to 2,000 meter between the CCU and the camera. By powering the camera separately this distance can be increased to a staggering 10,000 meter using two single mode fiber optic cables.

Both the UC4000 and the UCU600 CCU are backwards compatible with systems and accessories that are already used by the UC3000 camera system making for seamless integration and upgrade path.

With the plethora of different format requirements making live broadcast  increasingly complicated, broadcasters will be looking for systems that make dealing with them as painless as possible. The UC4000 and UCU600 make the transition to the new world of live 4K broadcast as smooth and seamless as possible.

For more information on the UC4000 click here (Europe) or here (USA) or for US enquiries email.