Small chip cameras are incredibly versatile, and they are making a comeback 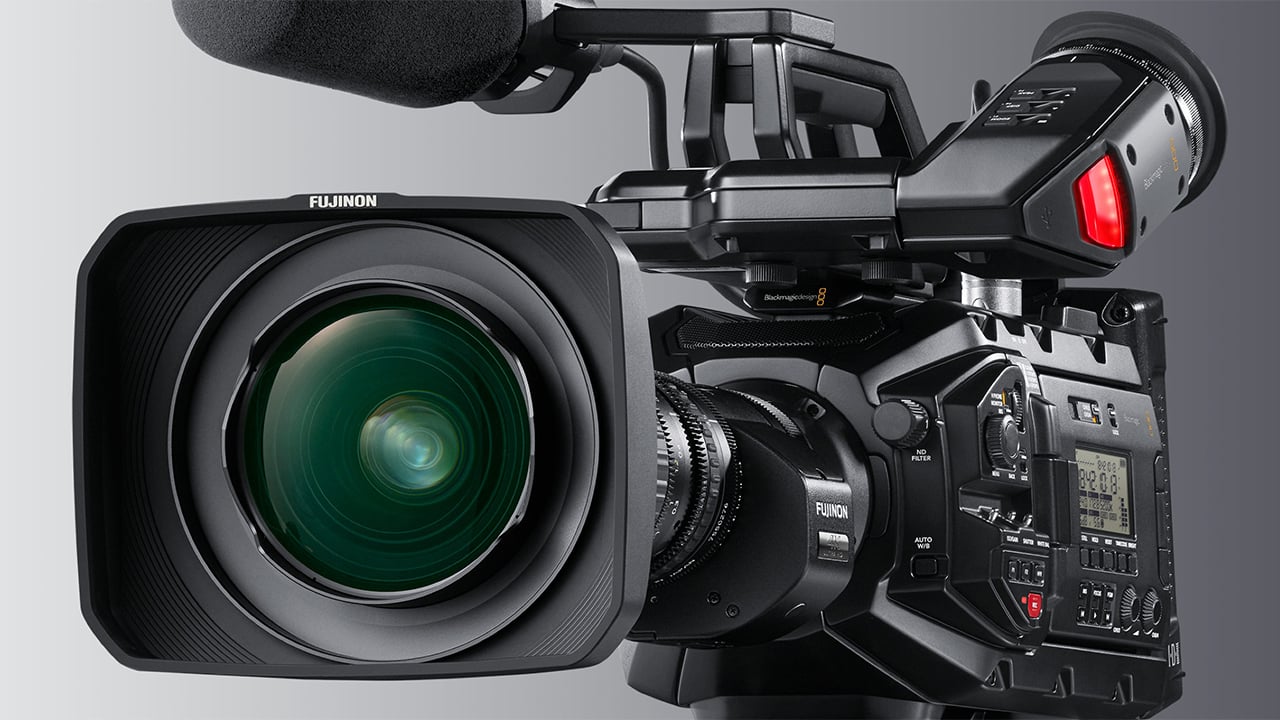 A trend that we saw at NAB 2018 was that the small chip camera is anything but dead. In fact they seem to be enjoying a bit of a renaissance.

In the second instalment of our review of the current state of tech, we're going to look at a really good way to get a fast, lightweight, compact, long-ranging and easy to operate zoom lens for very little money. Bring on the little chips. 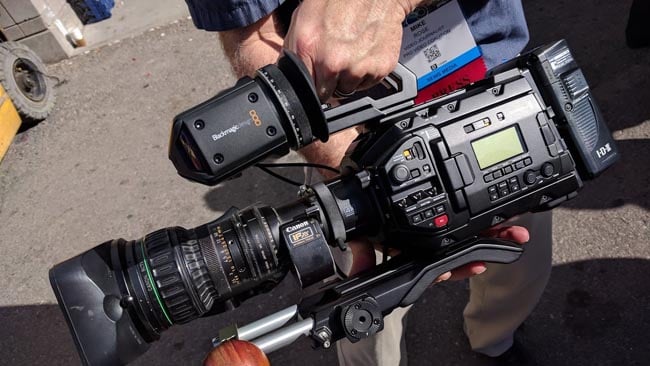 The image above shows Blackmagic's Ursa Broadcast at NAB 2018. What's key here is that this is not an exhibit. There absolutely were examples of this camera on the Blackmagic booth, but this was one of several which was actually in use documenting the show. It's easy to tell the difference between a display Ursa Broadcast and one that's actually in use by the fact that the shoulder pad and viewfinder have been adjusted forward almost as far as they'll go. It looks a bit less cool like this, but it's the right way to balance the weight of the sturdy broadcast lens that's been mounted on the front.

Big chips aren't the only way

This demonstrates, in the context of big-chip marvels like the Alexa LF, C700 FF and VENICE that huge chips, even Super 35mm chips, are not the only way to go. Modern sensor technology gives us more than adequate performance out of cameras like the URSA Broadcast, with the huge benefit being that we can use wide-ranging, fast zoom lenses which are lightweight and affordable. We can actually achieve shots as opposed to missing them as we fumble for lenses or can't quite go long enough or wide enough with what we have.

The interminable objection is that smaller chips provoke excessive depth of field and that this is somehow unsuitable for narrative filmmaking. Simply put, this is largely untrue: TV lenses of the type depicted often open up to f/1.3, give or take the effects of the optical relay in the lens mount. That's a good two stops faster than something like a Fujinon MK zoom and TV lenses are therefore capable of achieving shallow depth of field if that's desired. Many people would be well-served by the decision to pick up a handier, more flexible camera-lens combination like this, even on things like music videos. 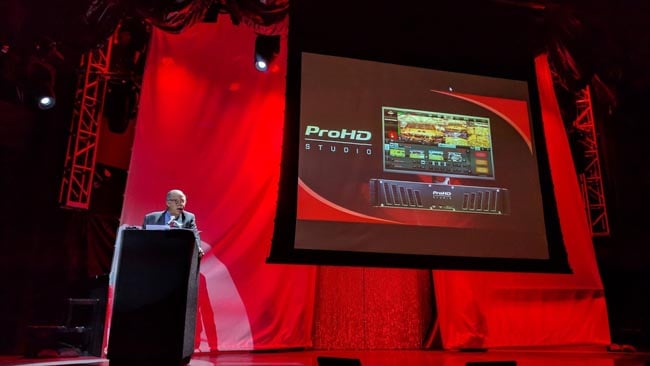 Possibly the most trumpeted small-chip release of the show was JVC's Connected Cam. At a time when much of the industry (with, of course, the notable exception of Blackmagic) is noticeably backing away from 2/3” sensors, JVC have done what they tend to do and created what's needed with little regard for the vagaries of fashion. This can go both ways, of course: often the company has made useful things that trump convention, but it might also be that people really aren't that interested in small chips anymore. Still, high-end lenses such as the Canon CN7x17 and Fuji Cabrio series are pursued because they approximate (at huge cost and weight) what a small-chip camera gives us. People know what they want; perhaps they'll need a push to realise it.

In the end, B4-mount broadcast zoom lenses are a boon to operability and flexibility, even if that's only widely known by ex-news people. What's even more useful about JVC's camera is that it has, as the name suggests, a lot of connectivity via commodity radio hardware. Whether this is going to upset the applecart of satellite news gathering providers is another issue; it looks to be a very usable camera.