Are some vintage lenses a risk to health? 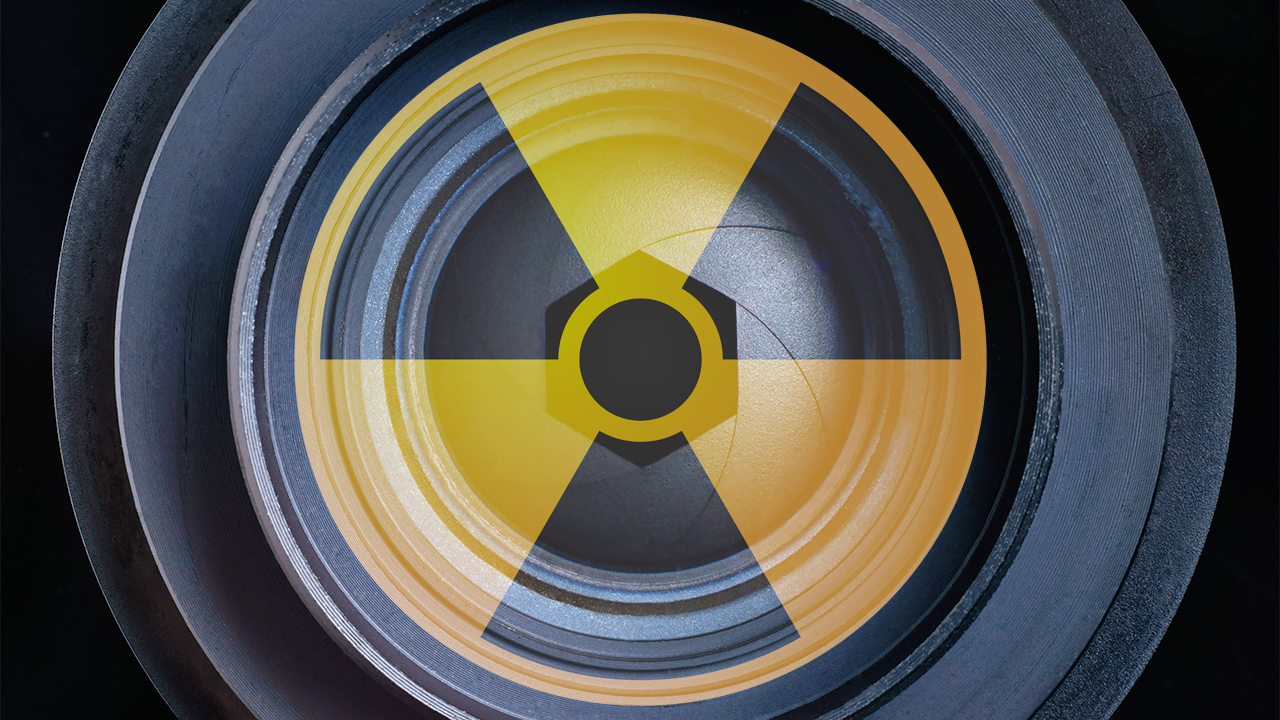 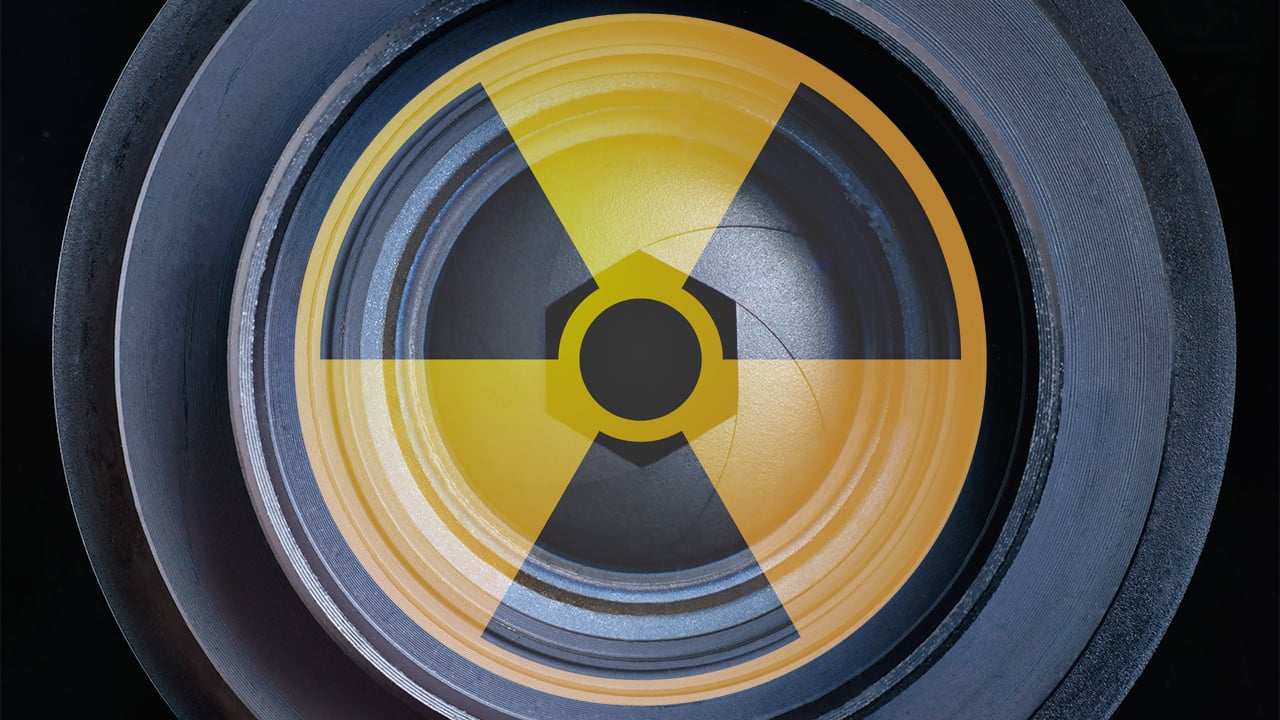 With the increasing popularity of vintage lenses and glass with exotic coatings, comes a key question, what are these lens coatings made out of and how safe are they to handle? [Note that, as some commenters have rightly pointed out, this is NOT a scientific paper. It's here for interest and maybe to spark further research. We actually have no substantial grounds for claiming these lenses are dangerous, and of course all radioactivity is dose-dependent. Despite these reservations, we thought the article was interesting, while fully taking on board that it might not stand up to full scientific scrutiny.]

It has become very popular to collect and film/photograph modern works with vintage stills and cinema lenses. As methods of production have changed and the materials used to produce lenses, so have the ingredients in the coatings of the lenses changed. In the past, it was not unheard of for lensmakers such as Carl Zeiss Jena or Canon to add radioactive elements to the coatings of their glass.

Commonly used radioactive elements included lanthanum and thorium oxide, and were said to boost the overall contrast and color representation in a captured medium. Lanthanum is considered to be not very radioactive with only a fraction of the radioactivity of a lens made out of Thorium. Most of these radioactive lenses produce alpha and beta wave particles which have a smaller range than other radioactive particles. Generally, lenses produced with radioactive materials are only able to affect an area up to three feet away, and the particles can be easily blocked, unlike higher intensity gamma and X-ray particles.

Is it a real risk?

Going to youtube and typing in radioactive lenses produces a great deal of videos showing different users testing many vintage lenses with a geiger counter and producing results which range from baseline to wildly unsettling in terms of the activity on the counter. No science based studies have been initiated to test the effects of using these lenses in the conditions a photographer or cinematographer might. With the lack of formal information regarding these lenses, the overall safety of their use is called into question.  And as the lenses themselves emit alpha particles, any exposure over time can be considered hazardous to health.

It is commonly believed that lenses which refract a brown or gold color from the coating are produced with radioactive rare earth elements. It is this brown or gold hue which often denotes the radioactivity of the lens in question. It should be noted that not all yellow or brown refracting lenses are this color from radioactive elements, so individual lens units should be tested before making the assumption that the particular yellow or brown lens in question is harmful to use. Manufacturing materials, when aged can lead to a yellowing of camera lens glass in addition to or alternatively radioactive elements in the production.

Lenses commonly regarded as being radioactive include the Zeiss Jena Pancolar 50mm f1.8 with early serial numbers, before being replaced with a blue refractive coating, the Pentax Super Takumar series of lenses, the Minolta MC Rokkor series and many of the Canon FD lenses and the Bausch and Lomb Super Baltars, of which some versions contain Thorium Oxide. As some of these lenses are highly sought after, it becomes unclear if their many users are aware of the radioactivity of the lenses they are using.

How much radiation do they emit?

Most commonly the dose of radiation from using a radioactive lens approaches that of having an x ray at 10 mR/hr. One must factor in that using the lenses in the field and handling them in storage is a recurring activity for most owners. This equates to a constant dose of radiation equivalent to regularly having an X-ray. While some people insist that radioactive lenses possess no threat to a person’s health, it is commonly considered very unhealthy to hold such devices close to the eye, as damage to the organ is a possibility. The eye is very sensitive to Alpha and Beta particles and is easily susceptible to damage from even a small dose from a lens or a camera eyepiece made with radioactive glass.

The image characteristics of radioactive lenses are unique, and for the bold who are not concerned with possible alpha or beta particle contamination, a unique look can be brought to any project captured with such a lens. It is commonly believed that these lenses improve the color reproduction and reduce errors in their visual representation.

The radioactive elements in the coating allow for glass element designs which are less curved to be used in the design in order to create imagery with less technical flaws. It should be noted that radioactive lenses can also become so through a process of environmental contamination and not through the actual production of the lens hardware. These lenses are often sold onto the used markets in surplus sales from a variety of different sources. It is suggested that there are a great number of such lenses which originated  in the USSR.

Until the effects of radioactive lenses are fully understood, the health hazards presented by them are unclear. Through repeated use and handling, these lenses can expose the users to a variety of alpha and beta particles close to their organs which could easily be avoided by opting to not use these types of lenses. As engineering progresses, human understanding of toxic elements and contaminants expands, but with the proliferation and rising popularity of vintage optics, it becomes increasingly important to have an educated market, fully aware that health risks from using radioactive glass is a real possibility. Exposure to these particles over time likely presents a health risk. Until further research is done, radioactive lenses can never be considered truly safe for usage.