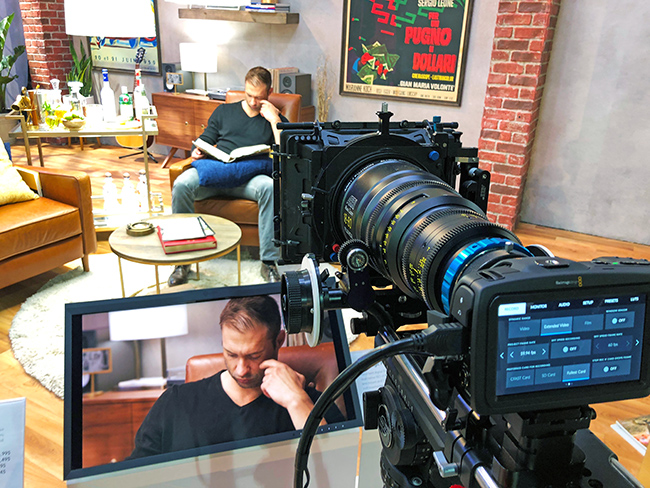 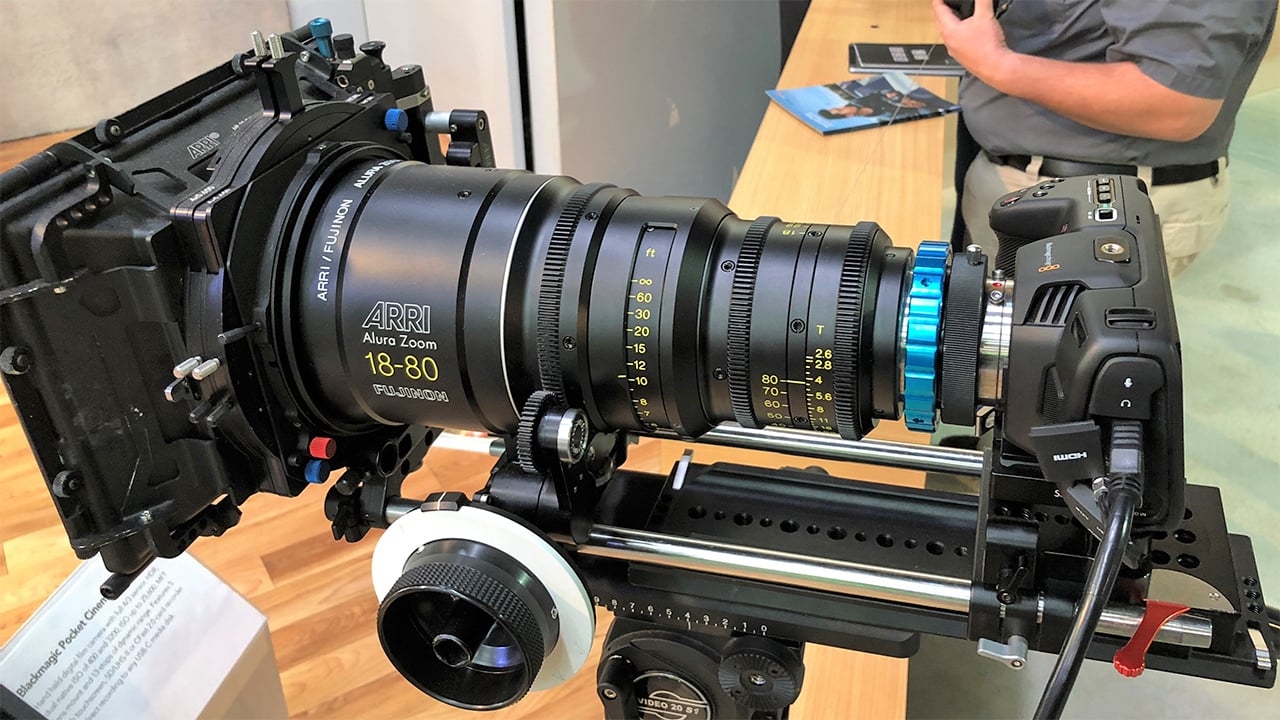 Amazingly some people think that the Blackmagic Pocket Cinema Camera 4K is vapourware. It is actually very real indeed!

Quite a few people came up to me at NAB saying that the new BlackMagic Pocket Cinema Camera 4K is essentially just vaporware. And yet it was there on the Blackmagic Design booth in plain sight, showing its pictures on a monitor.

I just wanted to write this short piece to reassure everyone that might have any doubts that while the delivery date for the new camera hasn't been set, it won't be delayed because it doesn't work yet.

Far from it. I handled the camera at various stages of the NAB show and at no point was I restrained from trying out any of its functions. I had a hands-on shortly before the show started and ran an unfamiliar finger over some of the controls - although I must say that the user interface looked extremely familiar; it's essentially the same as on Blackmagic's other more recent cameras.

I looked at the 5" screen on the back and was easily able to focus. I switched ISOs and even at 25,000 there was little objectionable noise. Everything seemed to work exactly as you'd expect.

On the last day of the show I was presenting the Supreme Best Of Show award to Blackmagic Design CEO Grant Petty and we stood right next to a working BMPCC4K, sporting a gigantic Arri zoom lens, and pointed at a model on a nicely lit, but not particularly bright set. 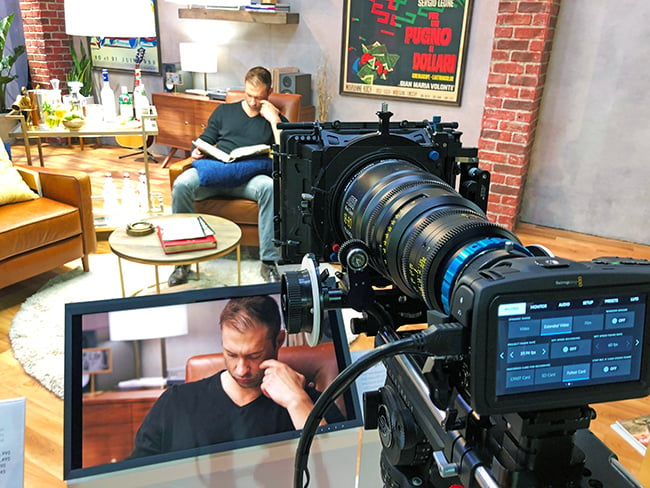 RedShark writer Jody Eldred was nearby and he pointed out that there three picture modes on the camera: Film, Video and Extended Video.

We tried all modes and they were as you'd expect: Film was very flat. Video was contrasty and saturated: effectively Rec 709. In-between (and that's what you can see in the photograph) was Extended video. I guess this is halfway between the two and may well be a great choice for smooth, creamy-looking video that doesn't need grading. It certainly looked fantastic in real life.

You might say that it would look good with a lens like that, and that's true, but only insofar as the sensor is capable of resolving the images that come of the lens. It doesn't matter how good the lens if the sensor is rubbish, and this one clearly isn't.

It left me wanting more, but also in no doubt that this is going to be a phenomenally capable camera.

Finally, it's important to state that all the cameras I tried were pre-production prototypes. I thought they felt really lightweight but it turns out that these are much heavier than the production models are likely to be, because they're made from Aluminium (Aluminum) and the production cameras will be made from carbon fibre-reinforced polycarbonate. This is not the same as "conventional" carbon fibre, which is labour intensive and slow to make. Instead, it's mouldable. But it is very tough, and very light.

I would guess that if there are any delays in shipping, it will be because of this new material and the need to get to grips with it. But at all stages during the week when I talked to BMD about the new camera, they remained confident that it would ship by September, if not before.

I've rarely seen such interest in a new camera, nor so many advance orders placed for one.

It's amazing to see how far Blackmagic has come with its camera design in less than seven years.