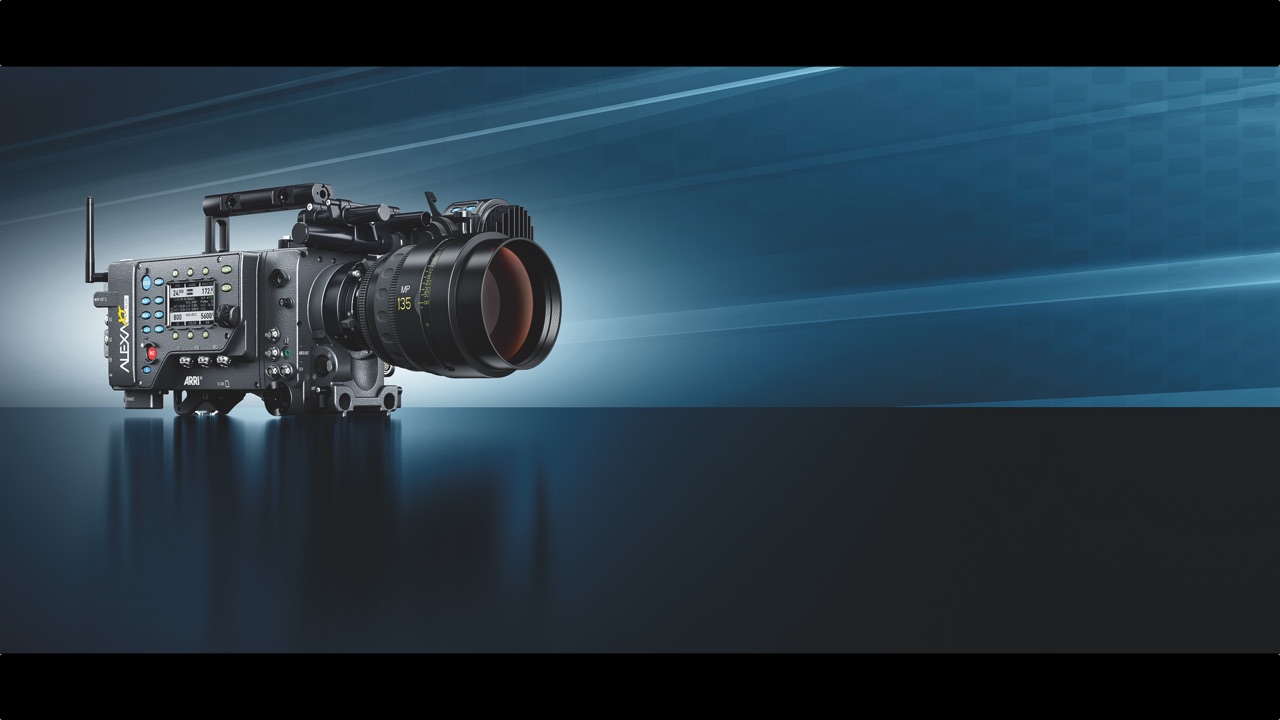 Replay: The Arri Alexa. Is there anything that can be said this powerhouse and staple of high end filmmaking that hasn't been said before? Roland Denning thinks so, and it forms the basis of the final part of his series about game-changing cameras throughout the last 100 years. What better way to finish than on Arri's digital masterpiece. 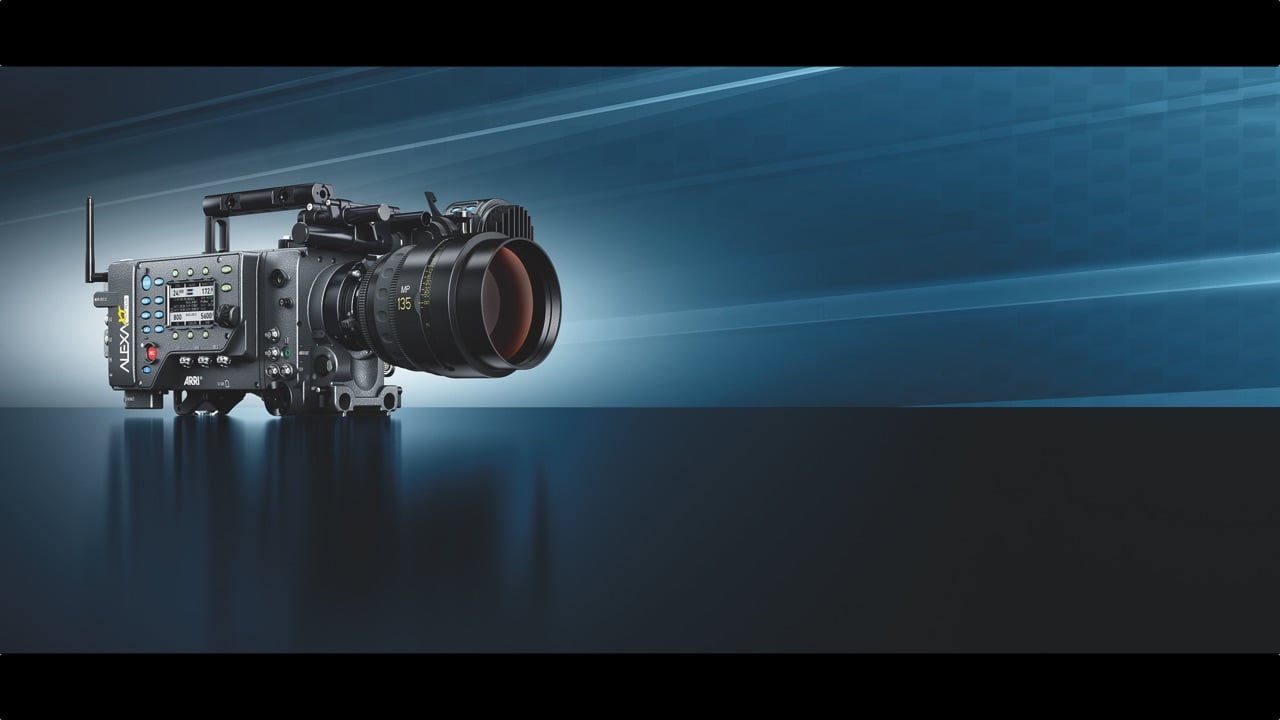 So, we now come to the final part of my survey of game-changing movie cameras by the decade. We’ve reached our current decade – it’s an unfinished one, of course, but it’s not hard to choose the camera that gets the prize. But, before that, let’s look back over the last 80 years.

The 20th century saw movie makers desiring a compact, portable, silent, high-quality camera that could work both in and out of the studio. Documentary makers dreamed of a lightweight handheld camera that you could take anywhere and shoot life as it happened. Both were easily achieved by the end of the 20th century and the line between a studio camera and a documentary camera became increasingly blurred, as has the line between TV in cinema, with streaming services demanding higher resolution than movie theatres. In fact, with documentary cameras, the clock has turned back a little.

The move towards DSLRs has brought in unwieldy rigs and the desire for large sensors and 4K means that we no longer have fast, long, lightweight zoom lenses. Moreover, with the advent of smartphones, the concept of a camera you can take with you anywhere and record life as it happens has become commonplace, even banal. Fixed-rig cameras and reality TV shows might suggest to some that the observational documentary is a thing of the past. I beg to differ, but that is another conversation.

If the first era of movie cameras was silent days, the second the talkies, the third electronic and the fourth digital, what will the fifth be? Well, I shall come back to that at the end of this article, but for now, let us look at the camera that is clearly the king of the digital era. It is, of course, the Arri Alexa. Arriflex has been the most mentioned manufacturer in this series as, over their 100-year history, it has an unrivalled history of producing fabulously reliable, versatile and well-engineered movie cameras. And when it entered the digital realm in 2005 with the D-20 and refined that technology with the Alexa five years later, it brought that history with it.

Arriving in the game when it had perfected the design, it avoided the teething problems that accompanied the innovative Red One camera. Crews immediately loved them – they were Arris, after all, compatible with regular Arri lenses and peripherals. And the familiar Arri solidity was accompanied by pictures which just looked – well, to put it simply, they looked more like film.

Arri Alexas are not cheap, but they are only expensive out of the context of a fully-crewed commercial production where the familiarity and reliability of the equipment, and predictability and quality of the results, for most producers, pays for itself. Alexas have dominated the movie world and the high end of TV. Perhaps surprisingly, the most popular version in the UK hire market in 2017 was the Arri Alexa Mini which, although introduced as a speciality ‘B’ camera, has become the ‘A’ camera for many filmmakers.

Will Arri maintain its dominant position? It came late to the 4K party – although no one, as far as I know, criticised the quality of the upscaled-to-4K picture that came out of its cameras, it did not comply with Netflix 4K standards. At the 4K and beyond high-end it faces serious competition from the Sony Venice and Panavision Millennium DXL2 as well as Red. At the lower end, you have cameras coming along like the Kinefinity at around a tenth of the cost of an Alexa Mini. Is the Alexa the better camera? Without a doubt. Is it ten times better? You tell me. For the foreseeable future, there will be a market for high-end cameras that will command a premium price for reliability, consistency and backup support. In the short term, Arri has nothing to worry about, but in the longer term? 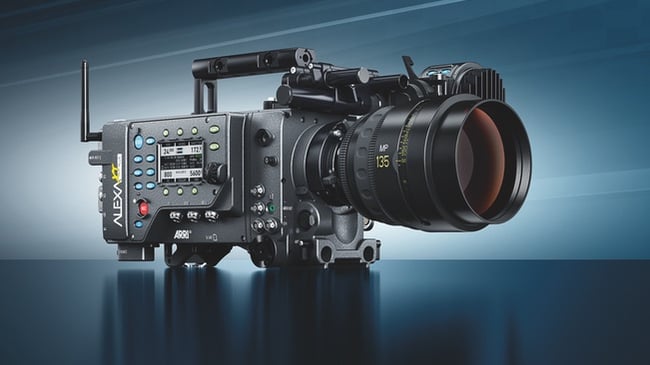 Well, here’s the thing that I believe threatens Arri’s dominance. In the days of mechanical cameras, Arri’s superb quality of engineering was critical – the cameras were consistently reliable. In the digital era, the mechanical elements of a camera body are minimal and the differences really come down to sensor technology and the software that drives it. As cameras become increasingly modular, it will be harder for companies like Arriflex to maintain its superiority over competitors. Colour science, which is the prized jewel of many high-end camera manufacturers, will, I think, cease to be such a closed world hidden behind proprietary technology. Manufacturing great film-stocks necessitated vast investment and sophisticated machinery. Colour science is largely a matter of getting the maths rights.

So, finally, what will the fifth era of movie cameras be? There seems little doubt that computational cameras will be increasingly important. Lenses have not evolved in the way that cameras have, but that could change too. We have already seen how built-in or camera-specific zoom lenses can offer outstanding results using electro-mechanical and digital compensation, eliminating distortion and effectively making non-parfocal lenses parfocal.

We also have to take into account just what we are making pictures for. In previous eras, it was simple – firstly cinemas, then cinemas and television. Now, not only do we have to consider computers, phones and tablets but the possibilities of games, VR, 360º, concerts, exhibitions and interactive live events. It is difficult to know what the movie camera of the future is when we don’t know what movies are any more (strange that we talk about current ‘cinema cameras’ when the cinema is the last place our pictures are likely to end up).

Lytro and its light-field camera are no longer with us – perhaps it was a company just too far ahead of its time - but I am sure, sometime in the future, some sort of holographic image, unrestricted by conventional notions of geometry, space and time will be a reality. But, for the moment, let’s just enjoy both the innovations and traditions developed over the last century. It is curious – or perhaps it is reassuring – to know that as you read this someone, somewhere is shooting a movie using a 35mm camera as they have done, in one way or another, for the last hundred years.