Sigma shows its impressive line of lenses at NAB 2018 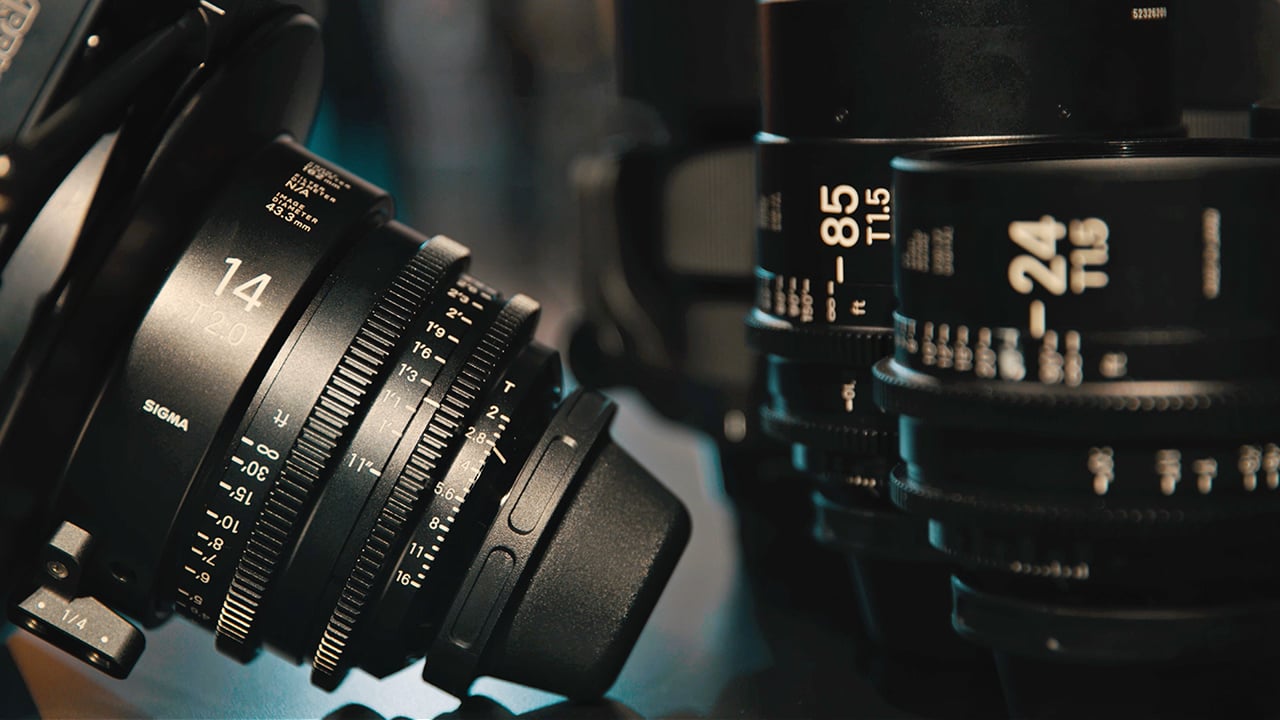 Traditionally a stills lens manufacturer, Sigma has in recent times started to produce some pretty impressive cinema lenses. We visited them during NAB2018 to see what they had to show us.

Over NAB 2018 one of the stands we visited was for Sigma. Sigma is of course known for its line of stills lenses, but now produces a nunber of products for cinematography. They are also aware of the way that lenses are now used for multiple purposes. A lens could be mounted on a stills camera one day, and on a cinema-camera the next.

One of its new releases at the show might not seem to be all that interesting at first. An adaptor ring that allows its 14mm wide angle lenses to be used on a mattebox without vignetting. It shows that Sigma are thinking not only about the big picture, but about the small things that will help people out day to day.