NAB 2018 has been full of big, industry changing surprises

Ned Soltz reflects on the new technology being shown and his aching feet as he takes us through the major announcements of the first day of NAB 2018.

My Apple Health App says I walked 6.1 miles today. My feet think it was a lot more.

Such is the lot of a journalist covering the NAB show as I’ve done these past 20-something years.

We writers attend press briefings, coordinate booth meetings with vendors in our area of interest and just generally wander the four massive convention halls that make up the Las Vegas convention center.

Booth visits give us the opportunity not just to see a particular product or technology in action but also to assess the direction of our industry and look at products that might be of interest to our readers. That process then often results in providing you product reviews and our own assessment from hands-on real world use. 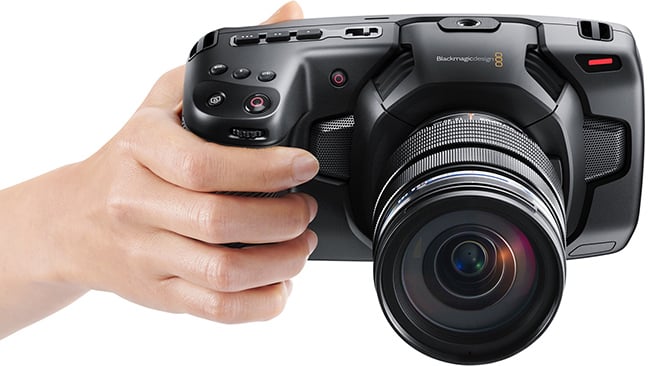 Day one always seems to begin with the annual AJA Press Breakfast and product introductions. Of all the products AJA introduced this year, I was most taken with the Kona HDMI, which allows 4 HDMI inputs up to 2K 60p or 1 4K 60p input. Kona HDMI will work with such streaming applications as Telestream Wirecast and now this provides an inexpensive means of bringing multiple sources into a streaming environment.

Blackmagic Design follows and never fails to disappoint. The Blackmagic Pocket 4K Cinema Camera introduced today will be a big seller. It isn’t exactly a pocket camera, but as was pointed out to me in a private meeting with Blackmagic representatives, “We couldn’t exactly call it a Mini Ursa Mini.” Size not withstanding, its polycarbonate body will be very lightweight and it will play nicely with a medium-capacity handheld gimbal. But with dual-ISO recording to either SDXC or CFast2 cards, real XLR input with phantom power, and still capability, it will quickly earn a place in the market.

We were all expecting DaVinci Resolve 15 and indeed it was not only announced but made available in public beta. I’ll refer you to our Resolve 15 coverage and to the ample material available now on the Blackmagic website for in depth coverage, but Blackmagic did point out to me one element of Fusion integration.

When I asked whether Fusion was end of life as a standalone product, Blackmagic USA President Dan May clarified. Resolve 15 will not include the entire feature set of Fusion. Rather, as Dan put it, Fusion will contain a superset of Resolve 15 Fusion functionality. Fusion, then, will continue as a standalone product both in its paid and free versions. Note, though, that beginning with Resolve 15, a Fusion dongle will also unlock Blackmagic Studio giving those users who purchased Fusion an extra Resolve seat.

And that brings me to HDR. Everybody is touting HDR. After all, our cameras have been there for years and we are just now figuring out editing and delivery of HDR material. But it’s the wild west out there. Before anything else, how do we monitor it when a dedicated $30,000 plus dedicated HDR reference monitor is not an option. Some colorists I overheard noted that they were viewing HDR output on consumer OLED 4K HDR televisions if for no other reason than they could grade on a budget but on essentially the same device that the material will be viewed.

Format is another issue. PQ grading requies setting the nit value of target viewing device which, if it differs, does not produce optimal results. HLG formats captured in camera by, say, Sony cameras with that HLG Gamma and BT.2020 gamut are advertised as being plug and play no grading needed (if exposed properly, of course). Then there’s the matter of scopes and other image assessment tools. It is simply too early in the game to make definitive statements about HDR acquisition, grading and delivery. Let’s let the market standardize. 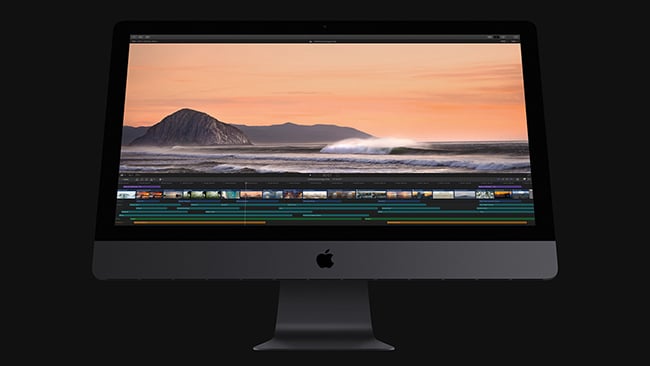 And yet another introduction creating quite a buzz is ProRes RAW. I shoot CinemaDNG RAW from Sony and Blackmagic cameras and grade in Resolve. Storage requirements are hefty and the workflow is a bit daunting until mastery is achieved. But I understand the principle behind ProRes RAW and my skepticism very quickly moved to optimism.

RAW essentially gives you the full range of the sensor, linear. We debayer in software because it is not practical for the camera to debayer and write that material to media. Apple Final Cut Pro 10.4.1 does not provide all of the control that Resolve offers RAW files. But, as Atomos explained, the FCP X workflow is more than adequate for 80% of users. ProRes RAW gives us the ability to work with the full capabilities of the camera sensor with manageable file sizes without straining the resources of even modest contemporary Macs. I hope that we will see an expansion of ProRes RAW to other cameras and most important to other external recording devices.

All of your hardworking and foot-fatigued Redshark writers will be looking for products, trends and challenges as the show continues and in the months ahead as these announced products come to market and find their way into our own productions.