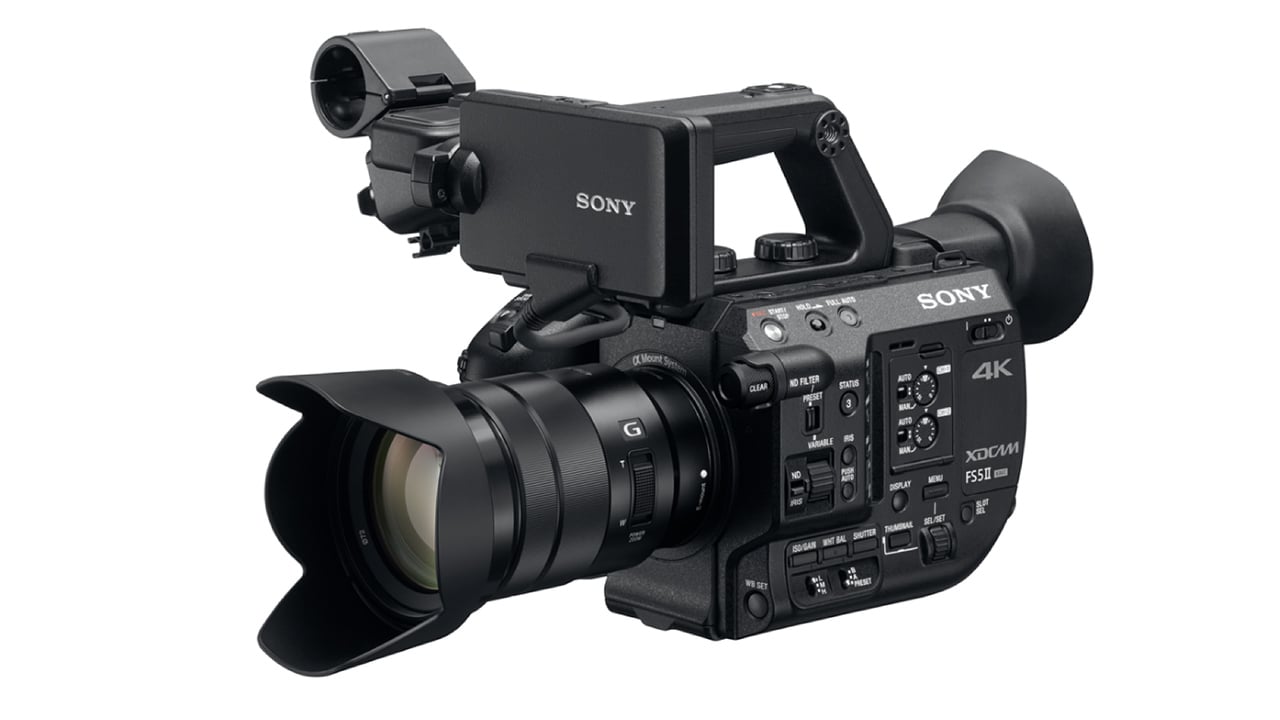 When new technology arrives there is always the fear that owning older equipment could leave you out in the cold. Owners of the original FS5 may have been wondering how the arrival of ProRes RAW recording on the new Atomos recorders would affect them. Sony has now confirmed that the format will be compatible with both the new FS5 II and the original camera.

The FS5 mk1 will need a firmware upgrade, available from the Sony website, although you will need to already have the paid for FS-RAW option installed on it. However there is good news for anyone purchasing the original model of FS5. Until the end of May Sony is offering the FS-RAW and HFR options as a free upgrade to new buyer, a saving of $1695 over what you would normally have to pay.

Sony's press release follows on the next page.

Melbourne, Australia – 09 April 2018 – Atomos is delighted to announce that Sony’s new FS5 II with the Shogun Inferno 7” HDR monitor/recorder is the latest camera combination to support Apple ProRes RAW. The FS5 II brings the number of ProRes compatible cinema cameras enabled by Atomos to nine, and also works with the Atomos Sumo19 production monitor/recorder. Atomos has worked with Sony to guarantee that the FS5 II can shoot in the new standard. Atomos monitor/recorders are currently the only ProRes RAW recording solutions for cinema cameras, including the FS5 II.

Importantly, the FS5 II will come equipped with FS-RAW output over SDI as standard (originally a paid-for option on the FS5). Atomos will be able to record ProRes RAW, ProRes, DNxHR and CDNG formats from this output as soon as the camera is available.

The FS5 II with Shogun Inferno can shoot ProRes RAW at up to 4Kp60 continuously, or 4Kp120 burst and 2kp240 DCI/HD for jaw-dropping high-speed filming. Inaddition, it can record 10-bit 4:2:2 video in ProRes or DNxHR codecs at up to 4Kp60 or 2Kp240 continuous.

The FS5 II has many of Sony’s other latest innovations, such as a Super35 sensor with wide dynamic range suitable for HDR, electronic variable ND filters and a Sony E-mount for access to the widest range of lenses. It also features Hybrid Log Gamma and BT.2020 output for quick and easy HDR recording and playback using compatible Atomos monitor/recorders.

Get shooting ProRes RAW on your original FS5

Lucky owners of the original FS5 with FS-RAW option and Shogun Inferno will get ProRes RAW recording for free. All that is required is a simple AtomOS update, downloadable from the Atomos website. This is due for release Monday, April 9, 2018.

As part of Sony and Atomos’ ongoing commitment to bring value to users, we are delighted to announce an amazing promotional offer on the original FS5 with Shogun Inferno HDR monitor/recorder.

Until the end of May, Sony is offering anyone buying a FS5 camera Sony is offering FS-RAW, MPEG HD recording and High Frame Rate upgrades for free. In addition, Atomos would like to offer an accessory kit at a very low price. These two in combination give users a $1,695 reduction in the end user price, making it by far the lowest cost way to get a new ProRes RAW shooting camera setup.

“What Sony and Atomos have done with the FS5 and FS5 II is bring affordable ProRes RAW recording within reach of everyone,” said Jeromy Young, CEO, Atomos. “There are no better 4K RAW solutions out there for the price. The low cost of the SSD media that we use in our recorders, coupled with Sony’s excellent price points, means that shooting RAW and editing on Mac has never been easier or better.”