How to use your phone to diagnose problem lighting 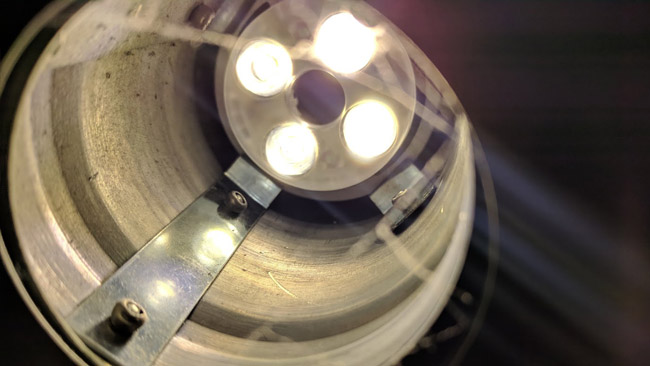 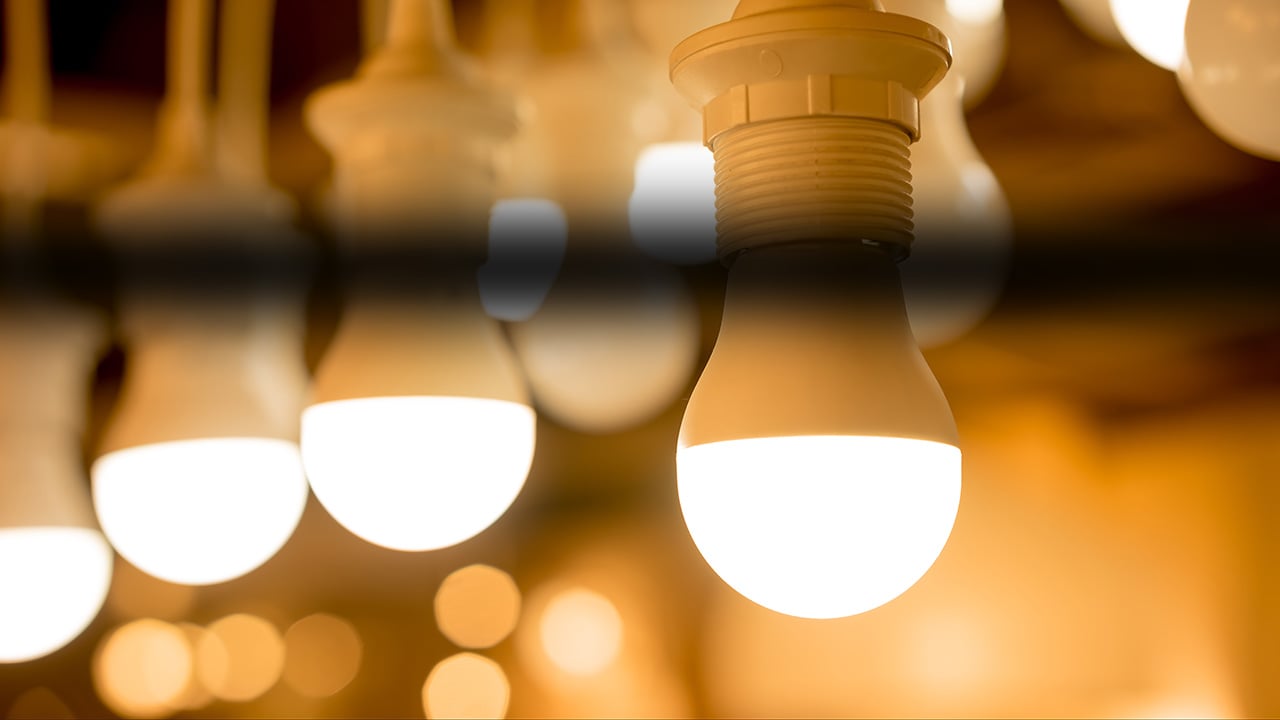 Light flicker is the bane of many a camera operator, and it isn't always caused by the mains frequency. Here's how to diagnose problem lights with your phone!

Some people can see some types of flicker in lighting, just by looking. Other problems caused by flickering lights only catch up with us in the edit, where a slowly-moving bar of darkness seems to roll slowly through the frame as the timeline is played. It's hard to predict where these problems will occur, but there's one piece of pocket technology that can help us all out.

This used to be a simple problem when most flicker in lighting was based on the fact that mains electricity cycles 50 or 60 times a second and movie cameras went at 24 frames per second with a global (or effectively global) shutter. That would usually create quick, immediately-obvious pulsating, or possibly a rather dangerous slow fade that could take tens of seconds to affect overall exposure in a way that was serious but not immediately obvious. Flicker has become a lot more complicated in the last decade or so, ever since the advent of new types of lights and cameras with rolling shutters, which can interact in complicated ways.

For more information on how flicker happens, have a look here. Understanding why it happens, though, doesn't help us to avoid it. Happily, there's a pretty good way to establish whether a light is likely to flicker, using a cellphone. It won't give us any idea as to how to avoid flicker that does exist, but it will separate lights into the categories of most likely flicker safe and definitely not flicker safe. Any photo or video of a light might reveal flicker, but the trick is to stick the phone's camera right into the light source so that the phone is forced to reduce its exposure time to a minimum. Doing this means that the phone's electronic “shutter” is only “open” for a very brief period. If it's open for longer, the shot may catch several sequential flashes from the flickering light source, potentially averaging out the exposure and making things harder to spot.

The resulting images tend to be essentially a white field or a blurry extreme close-up of a light with dark bars across it (note that these are not supposed to be pretty pictures, they're supposed to be diagnostic data.) Consider the image below, which shows the backlight of a slightly older LCD monitor using a cold-cathode fluorescent (CCFL) backlight. CCFLs generally flicker and can cause a pulsating effect in the image on the monitor's display; notice that the colour actually changes from yellowish to bluish as the flicker occurs, resulting in pale yellow and blue bands. 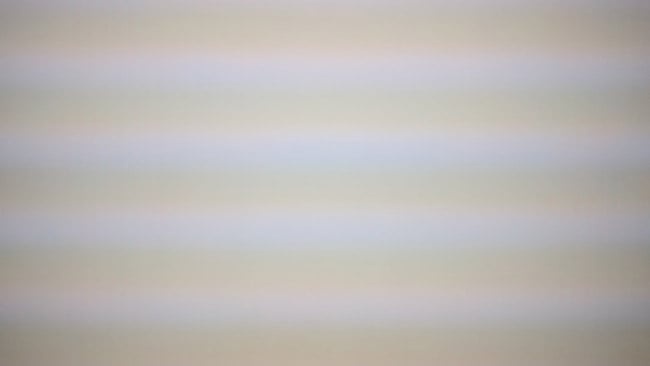 CCFL backlight on a TFT-LCD monitor

The following image is of a coil of LED tape that's been used to illuminate a prop oil lamp from inside. The LED tape itself doesn't cause flicker, but in this instance, it's being driven by a rather poor-quality power supply which is causing flicker. 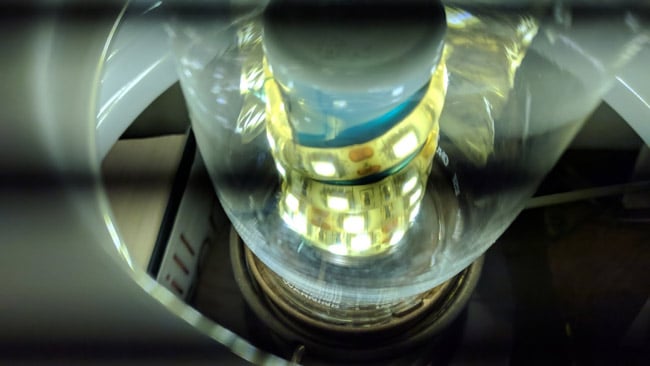 A coil of LED strip in a prop, driven by a slightly less than ideal power supply

This last one is so destroyed by flicker that it's barely clear what we're looking at. It's actually an LED light in a kitchen fitting, but it's an interesting example of what happens when we run LEDs from mains power using the cheapest possible approach. Since the mains changes polarity tens of times a second, LEDs are diodes, and diodes only conduct electricity in one direction, they only illuminate half the time. This sort of flicker is sometimes visible to the naked eye, especially if we wave something around in the light. 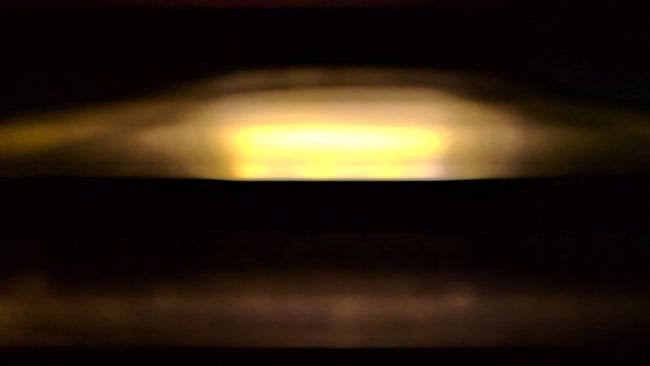 Finally, a good example. This is a reasonable-quality LED replacement MR16 in a birdie parcan; it's a 10-watt LED cluster, so without an extremely short shutter time this would be a blaze of white. It's impossible to view directly with the naked eye. The MR16's electronics are doing a good job of driving the four LEDs continuously and we could probably use these lights to illuminate subjects to be shot at any frame rate, colour quality notwithstanding. 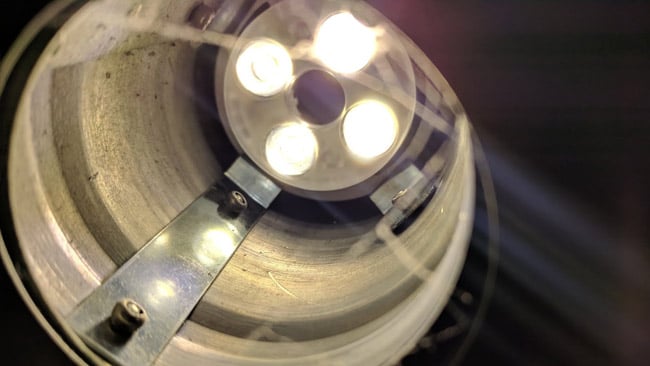 So that's how we can use a cellphone to help predict flicker performance. Handy, eh?