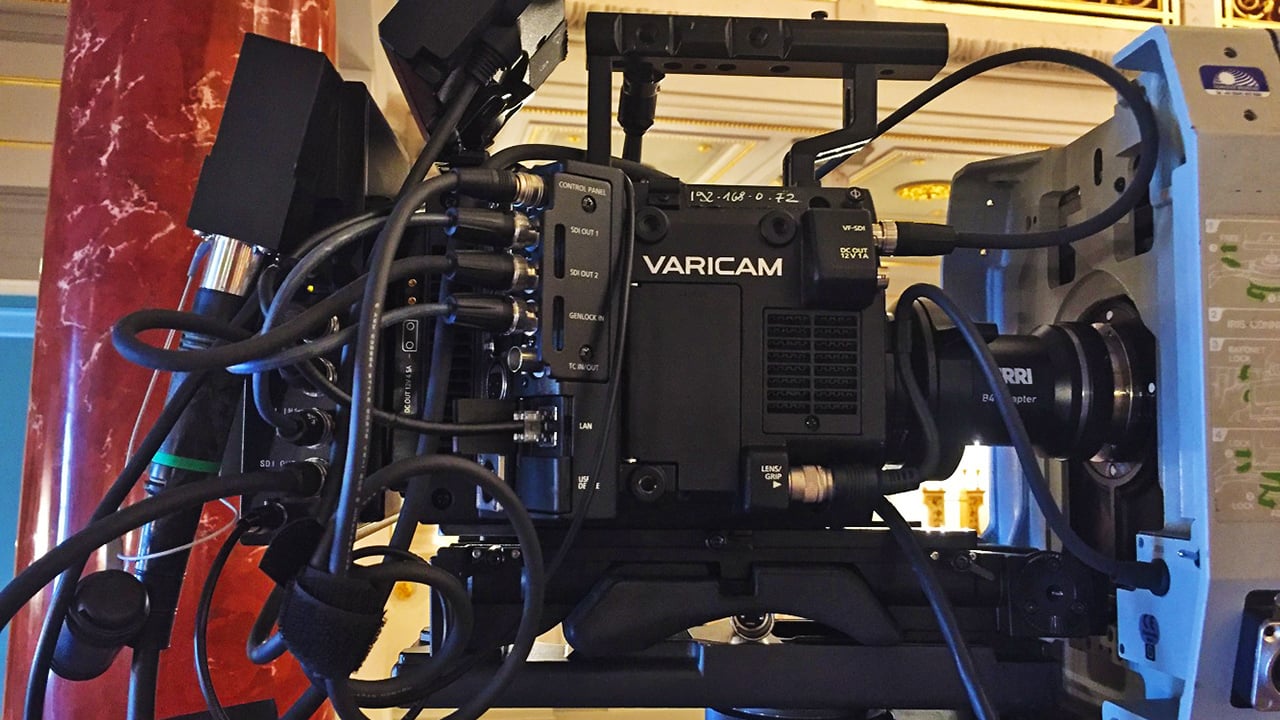 The Panasonic Varicam is well known for it's versatility in TV drama and film, but what you might not know is that the very attributes that make it excel in those areas also lend themselves to live television production.

Panasonic's Varicam cameras are now firmly established in the world of high-end TV drama and film. They have all the right attributes: a cinematic, high quality picture, and low light abilities that can simplify lighting set-ups (and lower lighting budgets!).

Now, with the release of Firmware Version 6, the Varicam family is moving into entirely new territory: live television. and bringing with it a whole range of talents. Panasonic is calling this functionality CineLive.

Live TV production cameras have taken a different evolutionary path from cinema shooters. For a start, they've been around as electronic devices much longer than cinema cameras: more than half a century. Digital cinema cameras are barely ten years old.

So it's not surprising that cinema cameras are different from live TV cameras: their role is very different.

But viewer tastes and their expectations are changing. TV is looking like - and sometimes even surpassing - cinema. It's all about the big, real, visceral experience - and if you want that on live TV, then you have to use cinema technology.

But you can't just use cinema cameras for live production. It takes an extraordinary degree of thought and preparation to integrate a non-broadcast camera into a live broadcast chain

The new software brings live, multicam shooting to the Varicam.

With the addition of the HRP-1000RCP remote control (RCP), you can adjust all the settings you have on any Varicam camera - they're connected with Ethernet.

All the "live" facilities are provided and there's tally management too, direct from the Switcher to the RCP and then to the camera. And because the cameras retain the ability to capture video, there's a special Green tally mode for recording, as well as the usual Red for live output.

It's possible to sent return video from the switcher so that the camera operators can see what's on air. This is useful if the production has titles and lower thirds. If the operator can see these then there's less chance that on-screen graphics will mask important parts of the live image.

But why bother?  Panasonic already makes studio-style live production cameras.  Why would youchoosea VariCam LT for multi-camera live or near-live production?  Of course the Varicam LT is not just a live camera. It has a Super 35mm sensor, dual native ISO,14+ stops of dynamic range and the VariCam’s lovely way of capturing pleasing accurate colors particularly skin tones. All of which adds up to the famous "Varicam" look. And this is now available for live TV production. 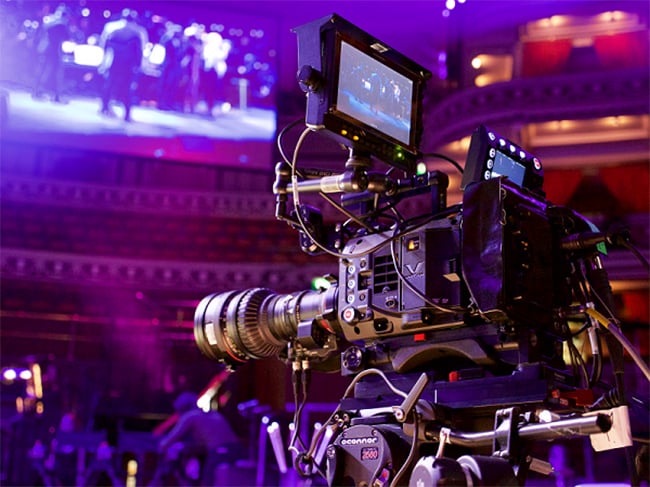 Let's have a closer look at this.

Up to now, Broadcast and Cinema have led parallel but disconnected lives. Panasonic's new Varicam CineLive begins to merge these two worlds.

What this means in practice is that the Varicam CineLive system can be used with either a traditional Broadcast "Shading" workflow (where multiple cameras are matched with "paint" settings including black, white, chroma, Iris and gain, etc),  or with a workflow that's more standard in the cinema production world, where "Grading" can be applied using LUTs and CDLs. The "Look" management options are deep and powerful, and even allow for remote uploading of LUTs and the ability to adjust the look using live grading software running on a PC.  (such as Pomfort, Colorfront, FireFly and Codex).

It's even possible to record Varicam's V-Log in-camera while outputting to a live transmission. There are two separate SDI outputs for HD - one can be used for the live feed and the other for in-vision camera status information, menus etc.

The ability to record in-camera during a live transmission vastly simplifies a set up that would have previously required a separate recorder for each camera, Recording can be in 4K or HD 4:4:4 in AVC-Ultra or ProRes. This is ideal for live action shows that are not actually broadcast live (concerts, comedy, etc). And modern switchers can integrate with the CineLive system to output an Edit Decision List (EDL) to which the recorded files can later be matched to for a fast editorial process.

With this update, the VariCam LT is now available for use in live productions. Here in summary, are the benefits:

The 5,000 ISO function can compensate for stop loss when using optical adaptors for 2/3” lenses or slower long zooms

All in all, it's a giant leap for live production that raises standards at the same time as lowering costs.

Visit the Panasonic VariCam website for more details (Europe) and (US), you can also find more information on the information flyer here.