This is literally the most flexible lighting system we've seen 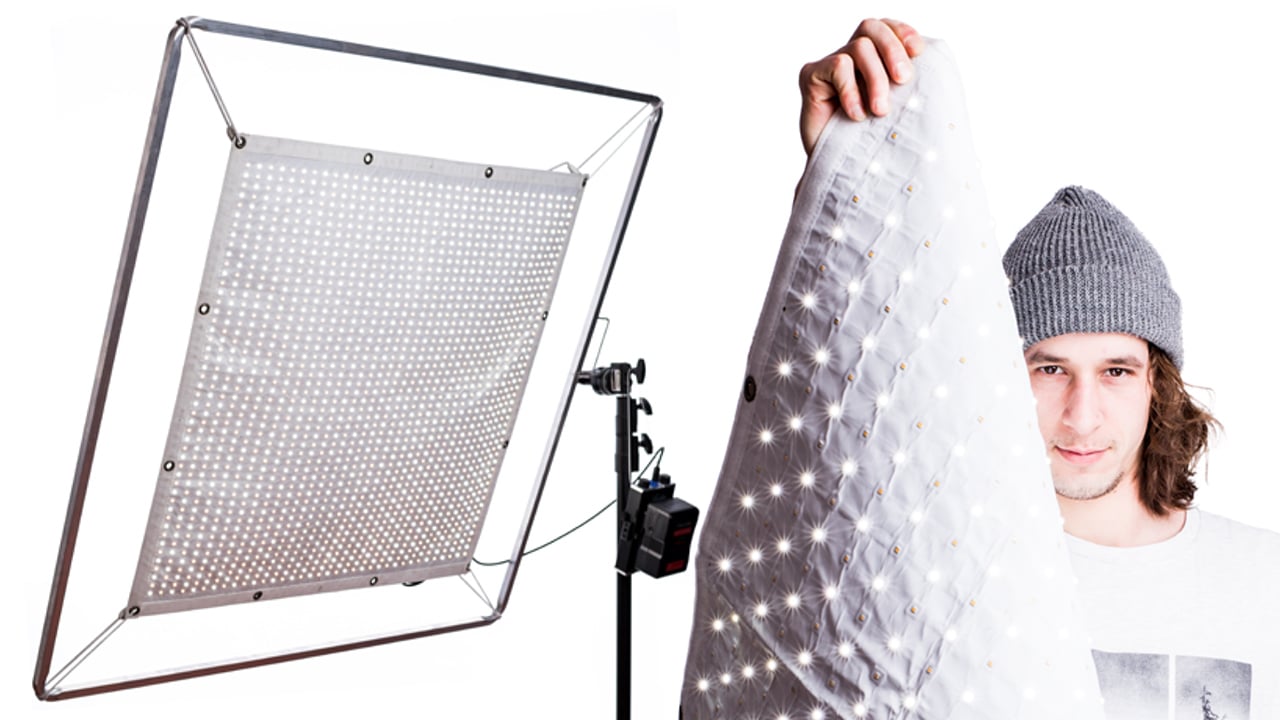 Creating a large diffuse light source can be a tricky thing to do at the best of times, especially on lower budgets. But Aladdin Lights has a potential solution with its forthcoming Fabric-Lite system.

The people best placed to understand why Aladdin's Fabric-Lite is important will be those who have needed to create a large diffusion panel using a minimum of crew, space and time.

Big diffusion traditionally demands a truck full of gear and lots of crew. First, a frame needs be assembled, diffusion attached, then it has to be placed on two stands, and lastly attach a big light. That'll often mean an HMI, requiring the light itself, the ballast, and power and feeder cables. That'll require another stand. If there's a shortage of space (and when is there not?) it might be a struggle to get the big HMI far enough away to fill the whole surface of the diffusion, so then a stand with an intermediate filter may be required to ensure that our big light fills everything it needs to.

Even then, it is a lighting solution that's horrifically inefficient – not because there's anything wrong with the light source, but because of the optical losses. Some light goes straight through a bounce, and some light bounces off diffusion, and there could be layers of both between the light and the thing that is being illuminated if we're building a book light. 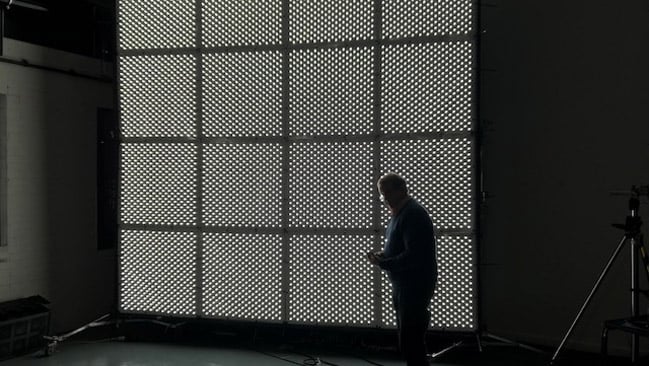 Aladdin's solution is to make big flexible LED panels out of fabric, so that they can be rigged into frames almost as self-illuminating diffusion. We've seen large arrays of LED panels in the past, including both flexible and conventional types, but Aladdin's product is both more flexible (and thus very easy to store and transport) and rather higher in power than many existing options. The company's latest development, a 350W version of its existing 200W Fabric Light, was shown by Prolight Direct at the BVE show in London recently.

The basic single-panel 200W kit goes for around £2600 plus VAT and includes the flexible panel, frame, driver electronics and a carrying bag. It's a bicolour type and offers colour temperatures from 2850K to 6098K, with power from a single V-mount battery. The more powerful 350W version, expected in April, runs £2800 and requires either a pair of batteries on a commoning plate, or a block battery, given the higher consumption. There are grid and diffusion options for control. 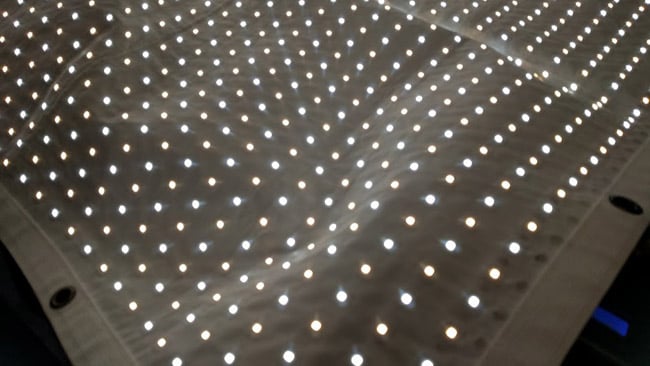 It's easy to write this off as simply a big LED panel, and sure, vaguely similar things have been made before, but perhaps not as nicely. Aladdin's panel justifies its flexible, fabric-based construction because it's big enough to need rolling up for storage. Foot-square flexible panels may not make much sense, but this does. It is lightweight and handy, quicker and easier to rig while doing the same job as more complex diffused light. That's true if we consider the single-panel, three-foot-square option, perhaps for an interview. It's even more true when we consider the really big light sources coveted by upscale productions, which have used anything up to 16 panels to create twelve-foot-square arrays. 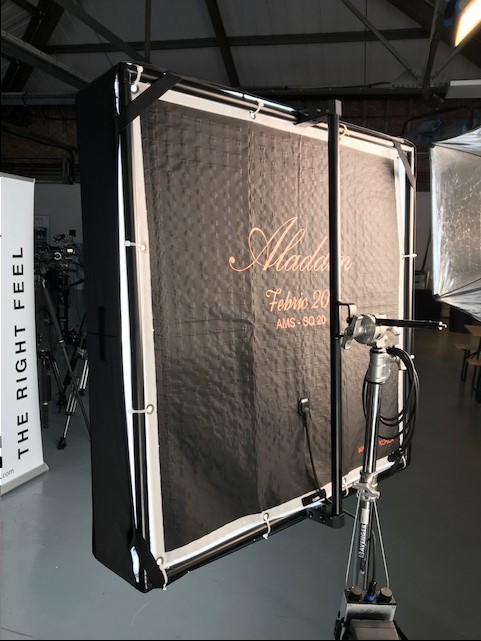 Distributor Prolight is surprisingly modest about the power output, although that also makes new things possible. A six-foot-square array of four 350W panels would represent 1400W of LEDs. To put it mildly, that's a lot of light. To equal that using conventional backlit diffusion, given the inefficiency of diffused light, would require lights big enough to demand a generator. Four 350W LED panels can be run from one, or at most two, domestic power outlets anywhere in the world, giving more productions practical access to bigger, brighter softlights.

Yes, there are inconveniences of cabling and control units with multi-unit configurations of the sort discussed here, and the Aladdin fabric lights are priced to compete with high-end options from the likes of Arri and Cineo. The result, though, is that a crew will spend less time to achieve more, and that's what it's all about.