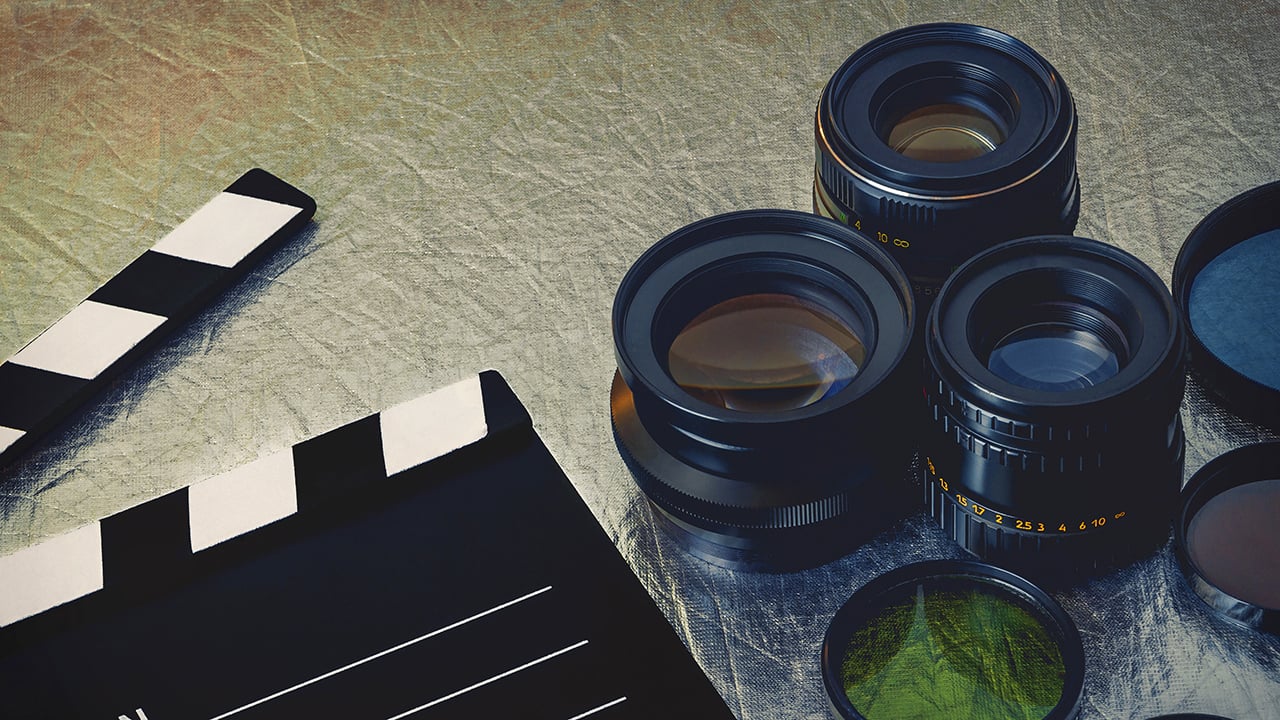 We are used to conventions in filmmaking. But is adhering to them holding you back? Neil Oseman gives reason to think much more about the lenses you are using.

Are you choosing the right lens for every shot? Do you use a zoom and find yourself sometimes unwilling to move the camera, relying on the zoom to compose the image? Or perhaps you use primes but wonder if there’s more to life than robotically choosing a wide lens for the master shot, a normal lens for the mids and a long lens for the close-ups? In this article, I’ll encourage you to think more about your glass selection and how it can influence your audience.

What is a normal lens?

Let’s start at the beginning, with normal lenses. What is a “normal” lens? A normal lens is one of which the focal length is equal to the measurement across the diagonal of the recorded image. This gives an angle of view of about 53°, which is roughly equivalent to that of the human eye, at least the angle within which the eye can see detail. If a photo taken with a normal lens is printed and held up in front of the real scene, with the distance from the observer to the print being equal to the diagonal of the print, then objects in the photo will look exactly the same size as the real objects.

A still 35mm negative is 43.3mm across the diagonal, but this got rounded up quite a bit – by Leica inventor Oskar Barnack – so that 50mm is widely considered to be the normal lens in the photography world.

Things are a little different in cinematography. SMPTE (the Society of Motion Picture and Television Engineers), or indeed SMPE as it was back then, decided almost a century ago that a normal lens for motion pictures should be one with a focal length equal to twice the image diagonal. They reasoned that this would give a natural field of view to a cinema-goer sitting in the middle of the auditorium, halfway between screen and projector (the latter conventionally fitted with a lens twice the length of the camera’s normal lens).

A Super-35 digital cinema sensor has a diagonal of about 28mm, giving us a normal focal length of 56mm. Of course, the 1920s SMPE committee, living in a world where films were only screened in cinemas, could never have predicted the myriad devices on which movies are watched today. Right now, I’m viewing my computer monitor from a distance about equal to the diagonal of the screen, but to hold my phone at the distance of its diagonal would make it uncomfortably close to my face. Large movie screens are still closer to most of the audience than their diagonal measurement, just as they were in the twenties, but smaller multiplex screens may be further away than their diagonals and TV screens vary wildly in size and viewing distance.

To land in the middle of the various viewing distances common today, I would argue that filmmakers should revert to the photography standard of a normal focal length equal to the diagonal, so 28mm for a Super-35 sensor.

I have certainly found lenses around that length to be the most useful on set. A 32mm is often my first choice for handheld, Steadicam, or anything approaching a POV. It’s great for wides because it compresses things a little and crops out unnecessary information while still taking plenty of the scene in. It’s also good for mids and medium close-ups, making the viewer feel involved in the conversation. When I had to commit to a single prime lens to seal up in a splash housing for a critical ocean scene in The Little Mermaid, I quickly chose a 32mm, knowing that I could get wides and tights just by repositioning myself.

I believe that a normal lens serves as a useful marker post between wide lenses and long lenses. In the same way that an editor should have a reason to cut, in a perfect world, a cinematographer should have a reason to deviate from the normal lens. Choose a lens shorter than the normal and you are deliberately choosing to expand the space, to make things grander, to enhance perspective and push planes apart. Select a lens longer than the normal and you’re opting for portraiture, compression, stylisation, maybe even claustrophobia.

I once worked with a DoP who insisted on choosing just one lens for each scene and capturing every shot with that lens. That may sound extreme, but I highly recommend trying it as an exercise, if nothing else. It will quickly get you thinking much more deeply about perspectives.

Of course, limitations on where the camera can physically be placed will always influence lens selection, but only in the most cramped of locations will there be no creative wiggle-room at all. Therefore, it’s important to choose your lens for the right reasons.

We’ve all been in situations where swinging to a longer lens seems like a good way to improve a lacklustre shot, and yes, sometimes it is. The narrower angle of view and shallower depth-of-field help disguise any shortcomings in the background, and can feel more “cinematic”, but this should never become a crutch.

Personally, I realised that the concept of longer lenses being inherently more cinematic was a fallacy when I listened to James Cameron’s director’s commentary on Aliens, where he states that he prefers wide lenses. Say what you want about Cameron, but his work is definitely cinematic.

Long lenses, if overused, can make a film feel cold, detached, even voyeuristic. Although the average viewer will know nothing of how lenses work, they will subconsciously feel that they are further away from the action.

Shorter lenses, when used for close shots, can be incredibly engaging, but they can easily become comical, goofy, distorting the talent and turning them into caricatures. Films like Amélie and Mystery Men have used this to good effect, enhancing a style that was already cartoony or comic-book-like.

Consider also the needs of the subject’s face. Some actors have flat faces which will benefit from the increased perspective of a wider lens. Others have big noses and will need a slightly longer lens to flatter them.

In group shots, think about the power dynamics. For example, a wide lens would help a closer, more dominant character to tower over a weaker character behind them. Conversely, if the dominant character is in the background, a long lens can make them appear bigger by compressing the perspective – an effect which can be seen in Luke’s fight with Darth Vader in The Empire Strikes Back.

If you struggle to visualise the effects of different lenses, invest in a director’s viewfinder app like Artemis. Then you can move around your set quickly, experimenting with different focal lengths until you find the one with not just the right framing but the right feel as well. If you use zoom lenses, take the time to try different camera positions as well as different magnifications to find the best frame. Just a little extra thought, consistently applied throughout a film, can add immeasurably to the impact of the story.