5.7K raw and other new talents in latest EVA-1 update 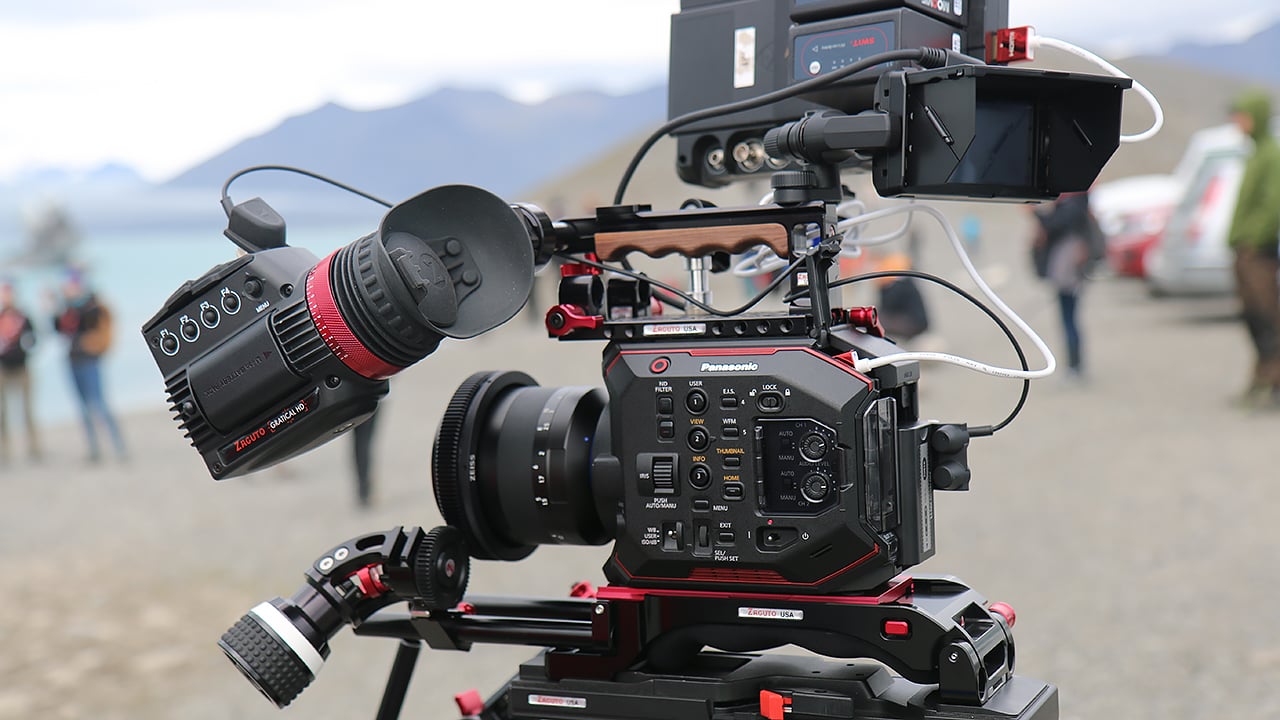 The EVA1 gains near 6K output abilities with the latest V2.0 firmware update

The updates for the EVA1 have been coming thick and fast. The latest version offers some impressive new output abilities.

Panasonic has been working pretty hard on firmware updates for its EVA1 cinema camera. Only last week it released version 1.12, which added compatibility with the new additions to the Sigma ART range of lenses.

Today Panasonic is announcing a much larger update to the EVA1 firmware in the form of version 2.0. This is the update that users have been waiting for, with a major new output capabilty. The update should be released in "late March", according to Panasonic.

Users of the new version 2.0 firmware will be able to output raw video over SDI at 5.7K resolution from 1-30fps with a S35 frame. While 4K can be output with a Four Thirds framing at up to 60fps, and 2K at up to 240fps. That should allow for some considerable creative heft.

But it doesn't end there. New All-Intraframe codecs are also included, with 4K featuring a 400Mbps bitrate at 10-bit colour precision and 4:2:2 colour resolution up to 30P. Variable framerates can also be recorded, with 2K topping out at 200Mbps and 120fps. Additionally for legacy work Panasonic is including two interlaced codecs at 1080P resolution both in intraframe form at 100Mbps 4:2:2 10-bit colour, and at 50Mbps 10-bit 4:2:2 in LongGOP format. Interval recording can also be carried out in both LongGOP and Intraframe codecs.

Lastly, remote operation support has been improved with the ability to be controlled with many of the popular third party wired controllers, as well as offering the ability to control the zoom of Canon's compact cine servo zooms. Various improvements to overall performance such as playback have also been made.

In all this looks to be a worthy update, and it is good to see Panasonic not only good to their word of offering such capabilities on the cameras release, but getting the updates out there in a timely fashion.