Three to five years into the future: What's it going to be like? 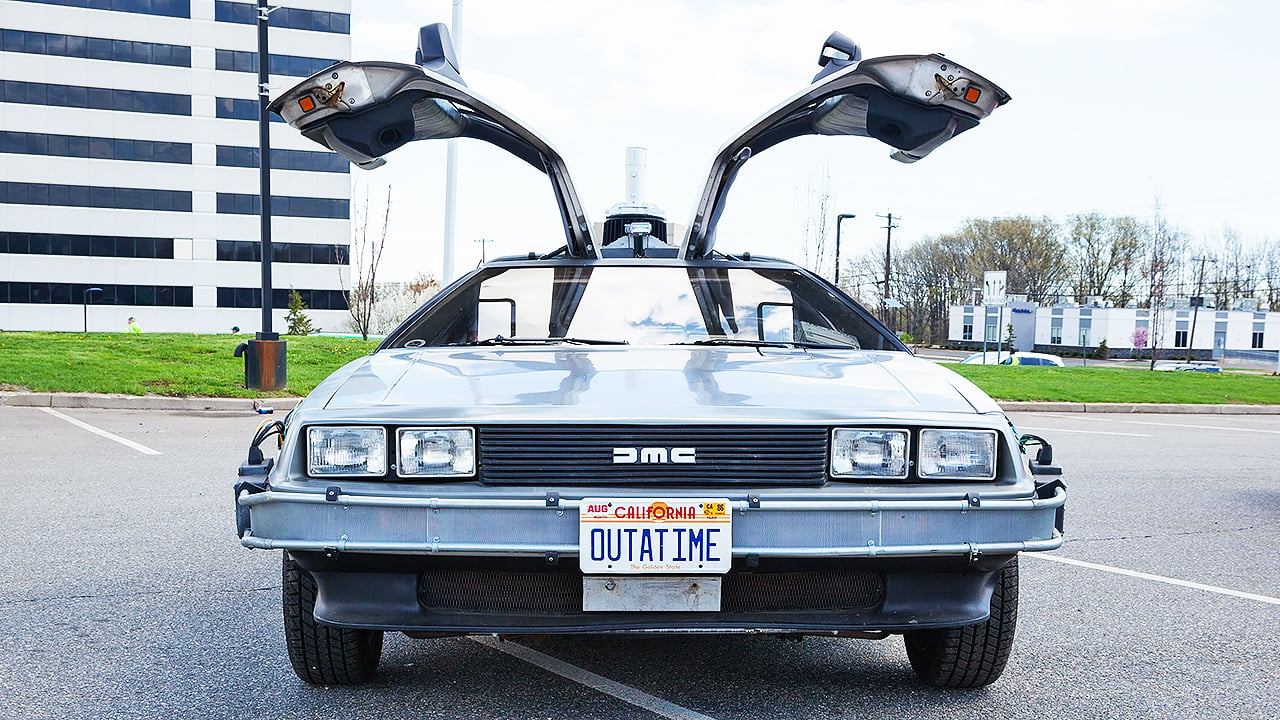 Where we're going we will probably still need roads, but how will we view our entertainment?

Redshark's no stranger to wild predictions about the future! For a change, here's a measured view from Roland Denning, whose keen knowledge of the past gives poignancy to his views of the future

I’ve been writing a series of articles looking back at landmarks in camera evolution over the last 80 years, but RedShark has asked me to take a break from that to look into the future. I have made a couple of attempts to look into a crystal ball in the past, but they, I hope you realised, were not entirely serious (even if they all came true).

So here we go. On a general note, I think we will continue to see the dominance of the long-established brands – Sony, Arri, Canon, Panasonic, Panavision. Plucky newcomers like the Digital Bolex and the AJA Cion have long gone, and although BlackMagic continues to produce interesting, great value cameras they are favoured by owner/operators, not hire companies or TV stations. As much as I love the principle, I also believe we’ve been through the rise and fall of the crowd-funded camera made from commodified components. It’s one thing putting together a sensor, a body and electronics from off-the-shelf components, but quite another thing developing auto-focus and stabilisation systems, custom-designed sensors and advanced colour science. And getting it all to work together smoothly.

Camera evolution is a slow process thrust forward by occasional paradigm shifts. I don’t believe in ‘technological determinism’ – technology doesn’t just advance under its own momentum, you have to see it in the context of market forces and working practices. So let’s take it sector by sector.

In terms of resolution, television has taken over from cinema in defining the highest standards for delivery. The Alexa, so successful in the movie world, was not up to the Netflix 4K spec until recently and so lost out to RED. OK, Arri is compliant now and will continue to be the camera of choice for many, but maybe it has left it a little late in joining the 4K party, and I see serious competition coming from the Sony Venice and the Panavision at the high end.

The trend towards large sensors will continue – up to a point. Contrary to full-frame obsessives, not everyone wants to shoot with the largest sensors possible. Large sensors mean a shallower depth of field, but not all projects want or need that look and shallow DoF brings with it its own problems, not to mention bigger, heavier, more expensive lenses (no, cheap stills lenses are no substitute at this end of the market). 6K and 8K will be common for high-end origination, but delivery will max out at 4K for the foreseeable future.

And HDR. Let’s hope and pray HDR settles down to a standard that both producers and consumers understand (for surely, undeniably, it is a good thing). At the moment I think most consumers are very confused when they go into a showroom and see TVs labelled ‘HDR’ that don’t do HDR very well, displaying programmes that aren’t delivered in HDR in the first place. It’s a much harder sell than 4K, but, ultimately, a more important development for home screens.

The cameras that dominate high-end TV drama will be the same ones that dominate cinema – TV, not cinema, will continue to lead the way both in terms of technology and content. 35mm film has carried on, but only for those who have the prestige and a budget large enough to absorb the extra cost or artists whose working practice is inextricably linked to the medium. Film does have a different quality – but it’s not that different (or better) and the differences are mostly lost when the vast majority of the audience is going to watch it on a digital screen. Let’s be honest, as much as I love the stuff, film is in its last throes – digital gets better and cheaper, whereas the whole infrastructure around film has withered.

And cinemas themselves? As domestic TVs get better and cinemas more expensive, the business will continue to decline, leaving niche theatres in big cities and event screenings where movie projection is part of a larger theatrical experience or is relaying live performance. I think it is too late and too expensive for cinemas to fight back at home screens with bigger and better technology.

Documentary/low to mid-end drama and everything else

If there is anything approaching a ‘standard camera’ these days, it is the Sony FS7, which can be used for just about everything. Of course, there is fierce competition from Canon, and now Panasonic, but Sony has the advantage of a more versatile (i.e. shorter flange distance) lens mount and unrivalled experience in producing professional video cameras. I could be wrong, but I think Sony will continue to win this round having learnt hard lessons in the past.

There are some gaps in the market - my perfect 21st-century doc camera has yet to be produced. We don’t yet have affordable, lightweight, long-range 4K zooms – the sort that was once standard on broadcast video cameras. Some lower-end 4K ‘handheld’ cameras need significantly more light than the cameras that preceded them – faster sensors have not compensated for slower zoom lenses. And ergonomics, put on one side with the rise of the Frankenrig, will start to be taken much more seriously.

Will we see the decline of stills cameras for video? I think the technology that makes DSLRs and mirrorless cameras such a bargain will increasingly find its way into video rather than stills camera form as many realise just how different those devices really are. I also see increasing competition from high-end ‘prosumer’ camcorders which are getting astonishingly good these days. But while stills camera sales continue to far outweigh video camera sales, they  will remain an attractive and inexpensive entry route into the business.

We have seen the death of the compact stills camera. Smartphones take shockingly good still pictures and reasonable video – more than adequate for the casual user and much better than we have any right to expect from a tiny lens in a very slim body. There is a lesson to be learnt here – we are just beginning to discover what happens when computation is integrated into the whole design of a camera rather than just being bolted on to the back-end. These technologies will continue to eat into the lower end of the stills camera market.

I don’t think anyone has ever bought a monitor or TV screen and then decided it was too big. Macs were launched with 9” screens, 21” TVs were once considered luxurious – our eyes haven’t changed but our expectations have. But there is a limit – TVs get bigger by the year, but the houses we live in don’t. Increasingly, ‘TV’ in a household is what happens on several small screens rather than one large screen.

And are we due for yet another 3D revival? Ultra-D is offering glasses-free 3D with real-time conversion from 2D sources now promised, but I am sceptical about what can be achieved from that sort of automated system. Moreover, as I’ve said here before, although 3D is essential to activities like tennis, hunting and being chased through the jungle, in much of our life it is a faculty we don’t make much use of. Once the novelty has worn off, in most circumstances, a 3D movie is not any more engaging than a 2D movie, just as covering up one eye doesn’t instantly diminish the world. My guess is TV and cinema will remain predominantly flat, but maybe we will all be astonished by the advent of handheld holographic displays. Like this. Or this. Gaming, however, is a different world…

Computational Imaging, VR, 360º and the rest…

The Lytro lightfield camera offers a whole different approach to creating moving images – this will be a paradigm shift. When it happens. It would be foolish to predict just what form it will take, but I see its future use in the world of gaming rather than conventional narrative film, when the ability to construct and reconstruct the subject and all that surrounds it, offers amazing possibilities. And it’s also in gaming that VR, 360 and 3-D have their place.

OK, this is not my territory – I’m not of the gaming generation. I do, however, stick to my view that no matter how many games make use of narrative, the forms of the game and the movie are very different (and I’m not saying one is inferior to the other). Yes, we have games based on movies and movies based on games and movies that present the world as if it is a game, but the way they work on us, the way we interact with them, is very different.  A great screenplay is one that keeps you guessing until the end, but when you get to the end, you realise that that was the only ending possible – that principle is in opposition to the real-time interaction that gaming depends upon. But I know many disagree.

VR has been ‘just about to change everything’ for the last 25 years but it remains a niche product. In a sense, many people do now exist in a virtual world, but you don’t need VR to do that, just chat apps and social media.

We are waiting for new forms – the cinema form is almost a century old, and it owes much to literary forms at least 100 years older. And even though the action end of the movie market will move more towards CGI-created imagery – and yes, maybe innovations like lightfield cameras – much of it will stick with physical sets, physically mobile cameras and traditional lenses. Because that’s the stuff that movies are made of.