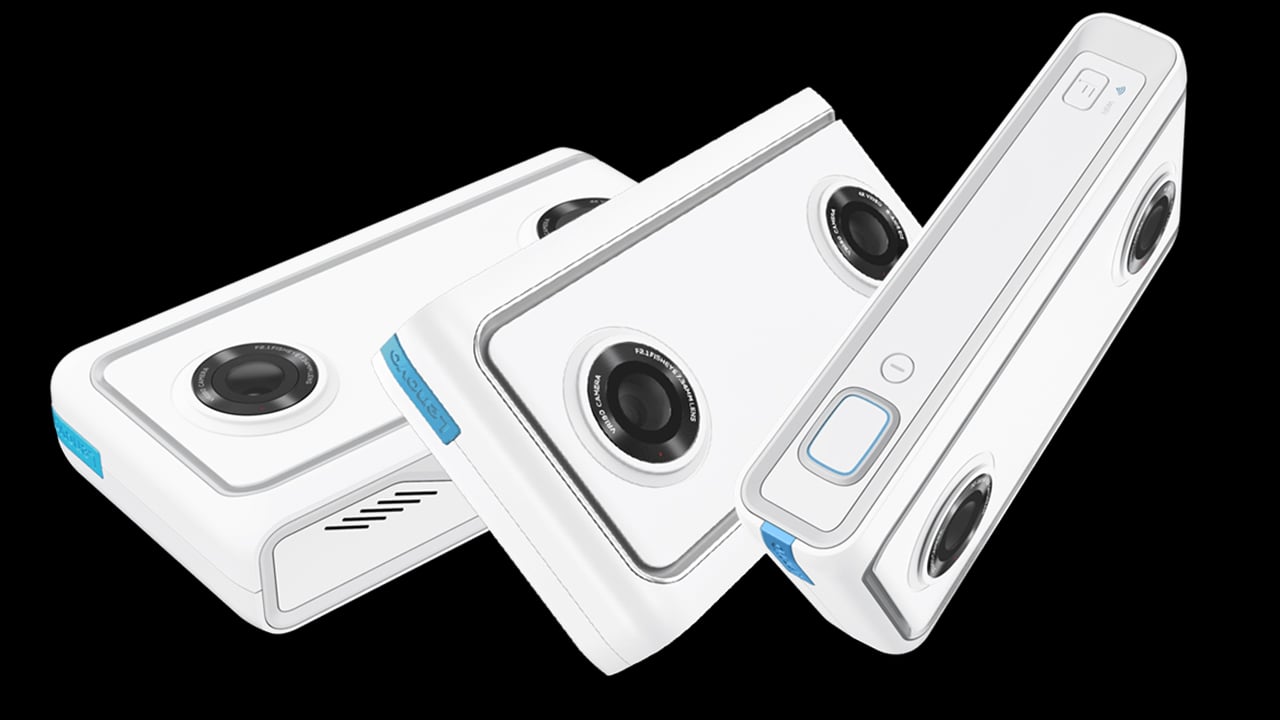 CES 2018 saw a number of big announcements for Google’s new VR180 video format. But is VR180 a step in the right direction or is it a step back, or is it both?

VR180 is the name of an initiative announced by Google last summer to launch an ecosystem of cameras, workflows and sharing options for stereoscopic 180-degree video, the goal being to “capture the world as you see it.”

So, at CES, Google partners Lenovo and YI Technology showed off their contributions, the Lenovo Mirage and YI Horizon, both expected to ship in Q2 of this year. Kandao, known for its professional Obsidian S and R 360-degree cameras, also announced a VR180-capable camera, the QooCam, at CES.

Google also took the opportunity to foreshadow another VR180 option from LG, expected later this year, and to mention that Panasonic is currently building a VR180 add-on for their recently-announced GH5 cameras. The only other professional-grade VR180 camera from a Google partner is the Z Cam K1 Pro, which opened up pre-orders last fall.

So, why all the investment in VR180? Especially when there’s already a handful of 360-degree cameras offering 3D capture – some of which aren’t too far from the price range of the cheaper VR180 options. Is VR180 a step back?

Some people in the industry seem to think so... In an informal poll of one of the most popular Facebook groups for VR video professionals, two-thirds said VR180 is a viable option to create VR content but more than one quarter said VR180 was nothing more than a cheap imitation.

True, in mathematical terms, 360 offers twice as much as 180. However, the equation isn’t so clear when you consider other factors, including ease of use and viewer experience.

First and foremost is the idea that VR180 may be more appealing to traditional videographers, vloggers and your average everyday parent, cat owner and selfie taker. From the user perspective, VR180 devices are barely more than wide-angle point-and-shoot cameras. In that way – especially with add-ons to popular fixed-frame cameras like the GH5 – VR180 could help to bridge the gap between traditional video and VR video.

Having played with the LucidCam last summer (the first commercially available VR180 camera), capturing 180-degree content feels almost like a luxury for a 360 filmmaker. The ability to frame, to guide the audience, to not worry about where to put the stitch lines, to direct scenes from right next to the camera and not have to run and hide behind a car, rock or tree... I felt spoiled!

There are also plenty of situations where you may not need the full 360-degree sphere to tell a story. For example, it may not be important to show the audience when live streaming a concert or sporting event.

In fact, Google released some stats last summer stating that 75 percent of viewers’ time is spent watching the front 90 degrees of 360 videos.

And although you may lose some immersion, VR180 can offer other immersive benefits, including 3D capture and improved resolutions.

Most VR180 cameras offer 4K resolution per eye or better. Although that may not sound like much when even cheap 360 cameras are capable of capturing 4K video, it’s important to realise.

If 4K means you’ve got 4,000 horizontal pixels spread from one edge of the frame to the other, a fully spherical frame is spreading those pixels across a much greater distance. With the average headset field of view averaging 90 degrees, 4K video will look like 1K. You’re only seeing a quarter of those pixels at any given time. So, 4K videos spread across half that frame (180) will look much better.

VR180 also – generally – cuts bandwidth requirements for end-users because file sizes are smaller. I say generally, because, even though it isn’t exactly apples to apples, a monoscopic 4K 360 video would be comparable to a 4K-per-eye stereoscopic 180 video.

Despite its benefits, there are still plenty of creators who dislike the concept. There’s a reason the industry is replete with definitional squabbles.

Definitions are still very important because there’s a lot of fear that having consumers experience the “wrong” kind of VR for the first time could put them off of VR forever. And, we’re still trying to prove that VR won’t go the way of 3D TVs.

Will someone jump into a “VR” 180 experience, spin their heads, and get the wrong impression?

Depending on how you define it, the average human’s horizontal field of view is somewhere between 180 and 210 degrees. Even giving VR180 the benefit of the doubt, users with the narrowest FOV will break immersion with the slightest turn.

That’s why many in the industry, myself included, have suggested cameras that capture stereoscopic video more in the vicinity of 250 or 270 degrees.

Some people in the industry have – very rightly – reminded us all that people don’t mind content with edges. It’s called television. Most of us spend hours and hours daily watching it without complaint.

But the very name “virtual reality” reinforces the idea that this virtual world should behave like reality. And in reality, we can turn.

In reality, we can also lean forward, stand on our tiptoes, walk around, and touch the objects that surround us. We feel the wind in our hair and smell the roses.

VR can’t do any of those things particularly well or cheaply yet.

Progress is rarely linear. If VR180 did half of what Google is hoping it does, it could still be a step in the right direction.