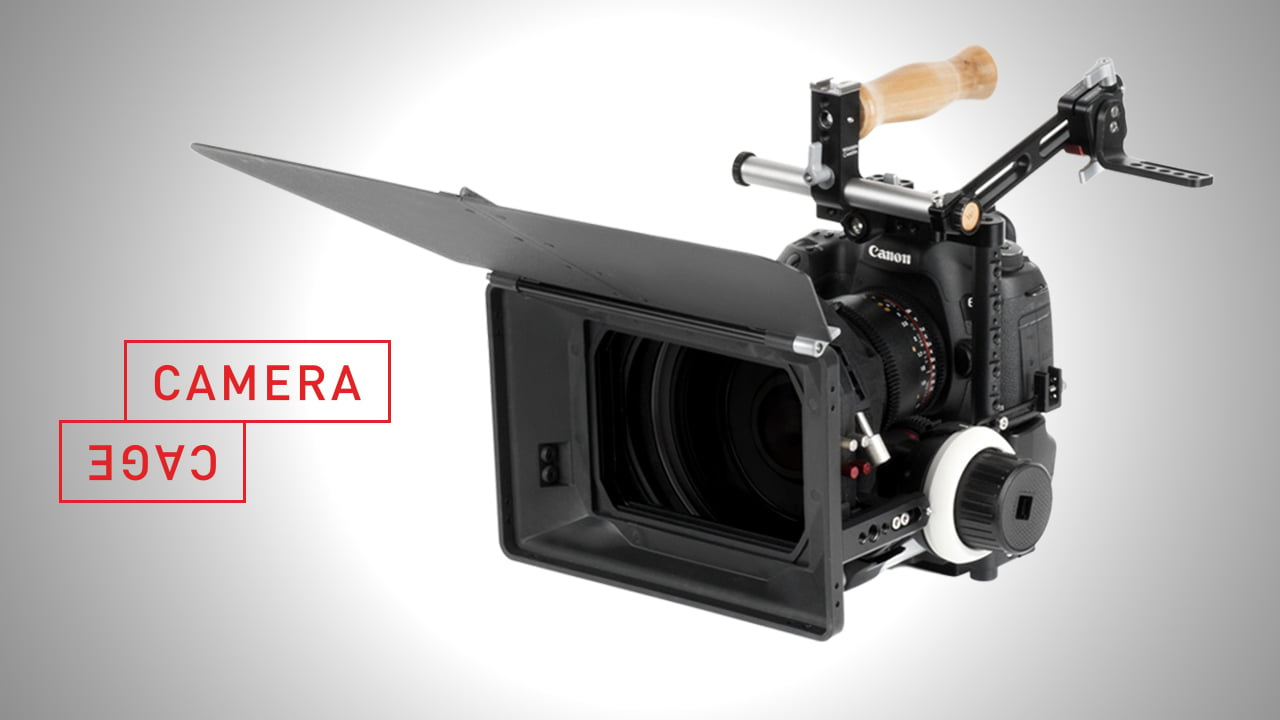 A new collaboration between Manfrotto and Wooden Camera has produced new modular camera cages that can be tailored to fit a wide range of cameras.

When you’re buying a camera cage for a Sony A7 or another mirrorless or DSLR camera, there are quite a few criteria that you could take with you in the decision, including things such as ease of assembly and disassembly, how securely the camera attaches to the cage, the possibility to use accessories, access to the lens release button, baseplate mount quality, rod support, handle design, overall ergonomics, HDMI cable protector quality, access to outputs, access to the lens release button, etc. Manfrotto and its sister company Wooden Camera have now developed a series of what they call ground-breaking Camera Cages designed to meet the needs of independent content creators who increasingly rely on high-end mirrorless and DSLR cameras to capture video content.

The choice of innovative solutions available through this collaboration consists of small, medium and large camera cages and a baseplate, and they’re all new to the Manfrotto video range. The new models are said to set themselves apart from other products on the market thanks to their robust, extremely well-constructed, minimalist design.

The new cages tailor for a wide variety of cameras

The Manfrotto Camera Cages are more like a base structure on which to attach accessory components, providing a protective exoskeleton around three sides of your camera. All your camera's key controls both on the right and the left side remain easily viewable and accessible and there’s full access to your camera’s battery. The Manfrotto Cage’s reversible wooden top handle – which is a testament to Wooden Camera’s involvement – can also function as a left side grip.

While other cages provide for their own grip or at least partly block the camera’s grip, Manfrotto Camera Cages offer easy access to the camera's right side grip. The modular design of Manfrotto’s new Camera Cages also enables users to attach a broad range of mirrorless and DSLR camera types, whereas other brands may only support a single model.

A whole bunch of 1/4"-20 and 3/8"-16 threaded holes is compatible with ARRI standard mounting points, while allowing you to use Manfrotto’s anti-rotation arms. And all of the cage thumbscrews are adjustable, using a pull-out system that allows them to be rotated to any position. Also worth mentioning is that an HDMI cable clamp is available with all cage models to minimise your HDMI cable of getting accidentally pulled out while you’re recording. 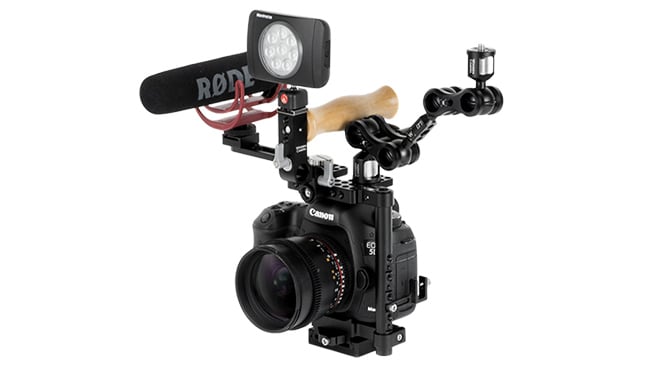 Modularity plays a key part in the new cages appeal

It’s fairly easy to accommodate the Manfrotto Camera Cages to several types of mirrorless and DSLR cameras as it’s done by simply repositioning the top plate at the correct height. In addition, the Camera Cage’s quick-release plate can be attached to a sliding plate for quick, easy mounting on Manfrotto baseplates and tripod heads.

For the small and medium cages, Manfrotto offers an optional 15mm baseplate that allows you to position a pair of 15mm rods at a suitable distance to the centre of your lens. The Large Cage incorporates a height-adjustable rod clamp but can also be used with the optional 15mm baseplate and let you attach a second, rear-mounted rod pair.

Finally, there’s ample space for accessories mounted on the camera’s accessory shoe, including audio accessories, such as the Sony XLR-K2M or another mic/XLR adapter and, of course, Manfrotto’s own accessories, including the on-camera LED lights and the 244 Mini and 244 Micro articulated accessory support arms.

Prices for the Manfrotto Camera Cages range from $299 for the Small and Medium models, and $399 for the Large Camera Cage. The optional 15mm baseplate costs $199. For more information visit the Manrotto website.