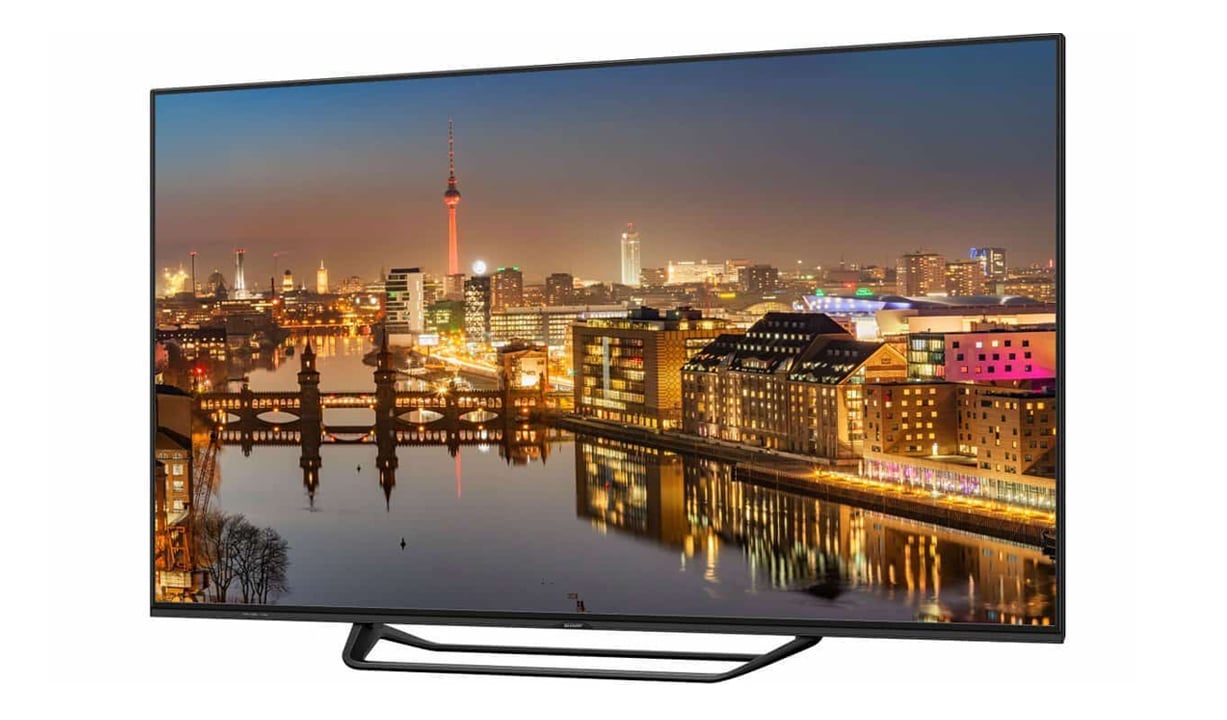 The Sharp 70in LC-70X500: destined to be the first commercially available 8K TV on release in a couple of months

This time last year, 8K seemed like a small, dull glow on the horizon. Now it's beginning to look like a sunrise.

Every time I write about 8K, I have the same set of responses, so I want to deal with them first so that we can get into the good stuff.

1) I don't think 8K is a Machiavellian marketing ploy by the big companies. There are real reasons why 8K is a good move. And yes, if and when it happens, it will be good for those companies. Just don't dismiss it as a fundamentally worthless cynical marketing operation, because you'd be wrong.

2) You can tell the difference between 8K and 4K. In the right circumstances it's amazing.

3) I once said "there will probably be no 8K"  because I thought it would be replaced by something else, like vector video, or VR. This still might be the case, but to me, it seems more likely now that we will actually have 8K displays in our homes, and sooner than we thought.

4) To those who will say you simply don't need those many pixels, I would say that there are circumstances where you absolutely do, and  that there is strong evidence that shooting at 8K brings benefits over 4K.

5) Most people haven't upgraded to 4K yet. This is just latency. The same happened with black and white to colour, SD to HD, HD to 4K and will happen again with 4K to 8K.

6) The growth in technology will take care of this. RED already has a viable 8K workflow that will run on a laptop. Blackmagic Design has an 8K capture and playback card that will work with standard, albeit fast, computer hardware.

Now that we've got that out of the way, here's want I want to say.

In my view, 8K in acquisition is about smoothness and the ability to reveal  aspects of the image that are not visible in lower resolutions. Put simply, issues like aliasing will always be there, but they will be further away from causing trouble in 8K than 4K.

In display, 8K makes sense for very large screens. What sort of "very large"? I would say a typical longer-side wall in a living room. So if you had a room that's 12ft by 20 ft, the 8K screen would cover the whole of the 20ft wall, at least in length, if not necessarily hight.

You're probably not going to see conventional LCD or OLED screens that big, just yet. if ever. What's far more likely is that we're going to have tiled screens made from blocks of direct-view LEDs. Samsung showed a 4K 146" screen made from tiles at CES in January, and Sony for some time has had its Cledis (if you're in Europe)/Canvas (if you're in the US) screen made from tiny LEDs that - importantly - have a substantial area of black space surrounding them.

The black space not only increases perceived contrast, but provides a location where tiles can be butted up against each other without any distortion to the pattern of pixels. So when showing a picture, the tiles themselves are all but invisible.

Screens of any resolution and of virtually any shape can be fabricated with this technique. For large area displays, and that includes wall-sized displays in people's houses,

The year 2020 is an important one for 8K broadcasting because of the Olympic Games in Tokyo. Unless something comes sooner, this will be the first mass coverage of a major event in 8K. There have been experiments before but that's all they were, and of course practically no-one had any way to see these trials in their original resolution.

Now that we're seeing 8K displays at shows like CES, it's not too much of a stretch to imagine a decent number of people watching 8K in their homes by 2020.

Here's something that strikes me more than it did with 4K or HD. We're not going to need 8K in everything.  I was experimenting with an Atomos Sumo 19" monitor and an old Mk1 Sony RX10 camera. I put the live feed from the camera on the Sumo, and it looked fantastic. A colleague commented that "We've forgotten how good HD can look".

HD is great for small screens. 4K is ideal for anything up to "pretty big" (to be precise!). For "very big" and upwards, you're going to need 8K.

Or will you? Why is it, then, that so many films are projected at around 2K in the cinema?

The answer is that 2K in a cinema probably is "just good enough". Could it be better? Yes, definitely. As long as the projector is in focus you'll get a noticeably and significantly better image than 2K.

I like sitting in the middle, near the front in cinemas. If your eyesight's no good, or if the projector's not focused (both of which are common in cinemas!) then you don't need 8K on a cinema screen. But if you do have decent eyesight and the picture's sharp, then I don't see how anyone could argue that 8K wouldn't be better than 4K.

As ever, please agree or disagree in the comments.