Nobody was ever remembered for being safe! Spruce up your framing and staging with these tips from Phil Rhodes.

The title of this piece casts a broad net because we're trying to cover everything from camera positioning, choice of lens, the staging of subjects (actors, talent, cars, whatever) and their choreography throughout the shot.

Far too many independent filmmakers end up relying on straightforward arrangements comprising a master and a closeup of the participants in a conversation, sometimes daring to add a slight tracking move to put some parallax in the close-ups (this is probably the primary application of most of the sliders sold to indie filmmakers.) This approach has been rather cruelly if accurately, referred to as movie-of-the-week shooting and it's a perfectly serviceable way to cover scenes, but doing better only takes a bit of thought and the willingness to take some small risks. The thing to realise is that if a scene can be covered in a single setup, it doesn't matter if that setup takes all morning to execute – and it'll probably look a lot less like a student film. 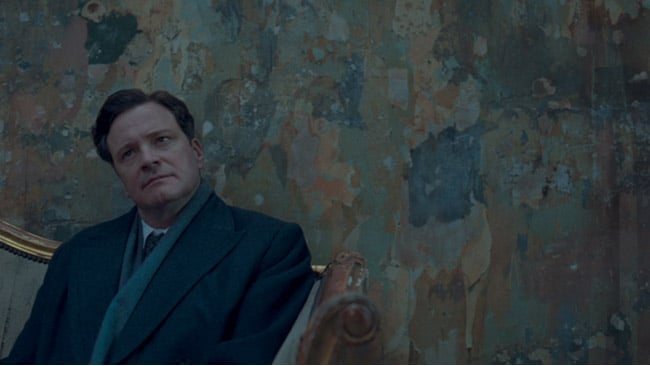 Ideally, we'll have learned lesson one and found a location that doesn't require us to stick the camera up someone's nose to hide an ugly backdrop, although there are times when that's a perfectly reasonable thing to do if there are things to hide and we've cast for good-looking nostrils. Assuming we're setting up for a master, closeup or some other fairly conventional shot, though, the commonly overlooked factor is depth. This sounds odd, given that most film is a two-dimensional medium and most people seem to like it that way, but in many ways, that's exactly why it's important. The lack of depth perception means that making use of perspective is crucial, whether that's scattering lighted areas throughout the background or allowing the camera or subjects to move through the environment. 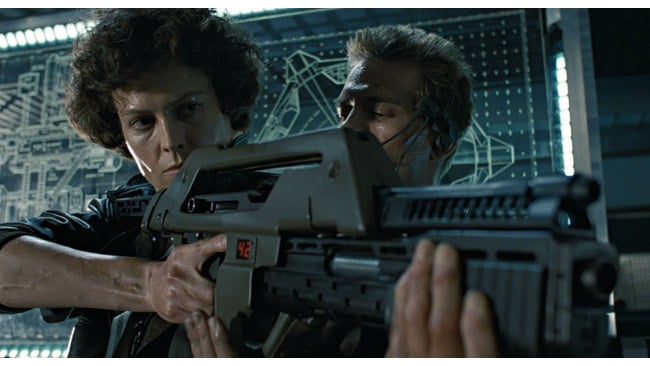 If it's OK to use a famous example, consider this. The weapon looms; the background is the display board. These are not chance happenings (from Aliens)

Shallow depth of field is an option, not an obligation

We're labouring this point slightly, but there's a reason for that. One of the most beloved techniques of modern, big-chip cinematography is to use very shallow depth-of-field, which is not always a good idea. If the background is legitimately far away, we don't actually need particularly shallow depth-of-field to have it be significantly out of focus, and if we want to stage the scene in depth, we don't necessarily want the background to be so soft that it's hard to recognise, anyway. At some point, soft focus looks like a bank of fog, out of which people can loom. Perhaps that's a legitimate design choice, but probably not for every shot.

That technical point aside, the moral of the story is to create staging that uses space other than a plane parallel to the screen. Yes, that means operating the camera, perhaps adventurously. It means moving the camera, which will require grip equipment, and holding focus on subjects that don't just sit in front of the lens like statues. In the end, though, the high-end spends money on the tools to do these things for a reason. And there is a quick, cheap and available way to do all these things. It isn't always feasible, but a well lit, well choreographed, well-designed and operated handheld shot still looks like a real movie, whereas an equally well-lit lock-off might end up looking far less satisfying. 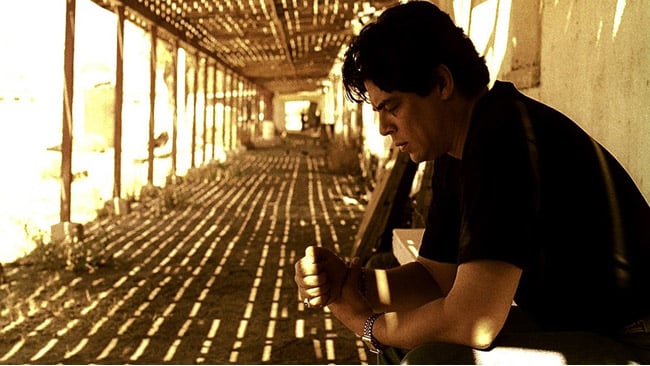 This could have been so much less interesting on a longer lens, which many people lean towards for the soft focus backgrounds (from Traffic)

So far, we haven't talked about lighting at all. Next, we're going to discuss making the most of a small bit of light, whether that's coming from a nearby star or a pocket flashlight.