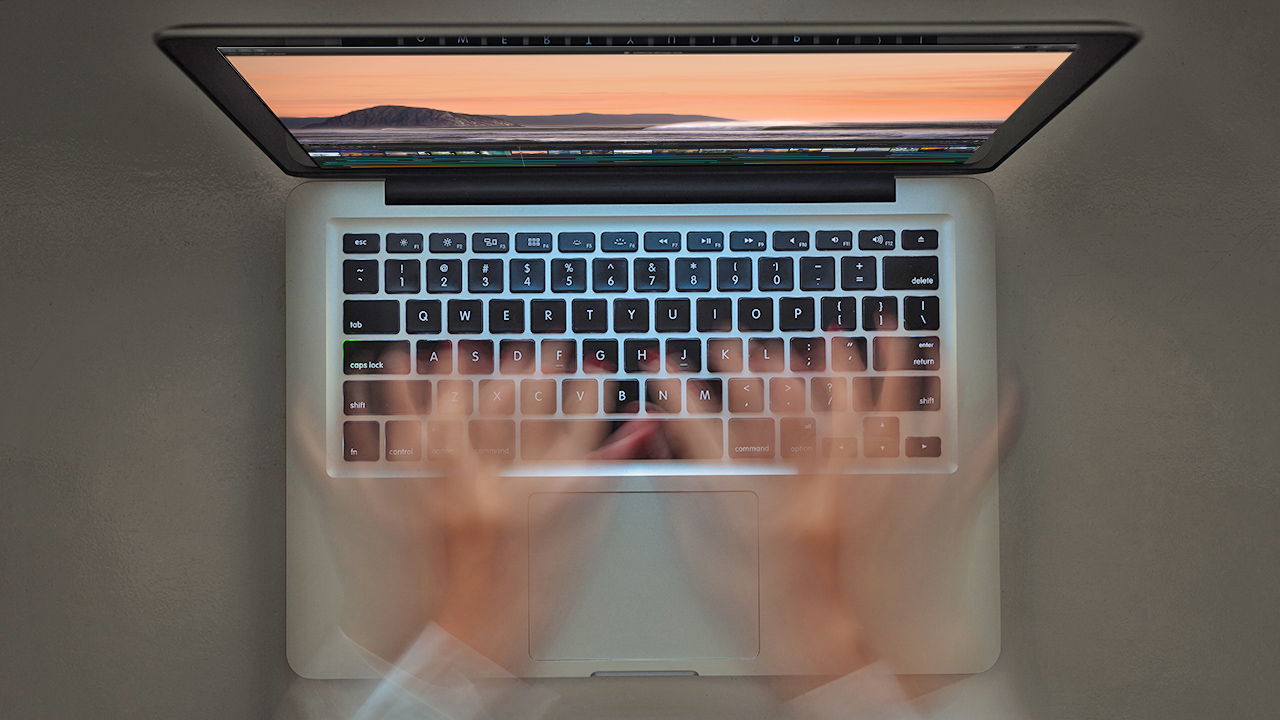 Replay: Working more quickly could be the difference between having creative options or simply getting the basic job done. Jody Eldred looks at how speed can give you a creative edge. 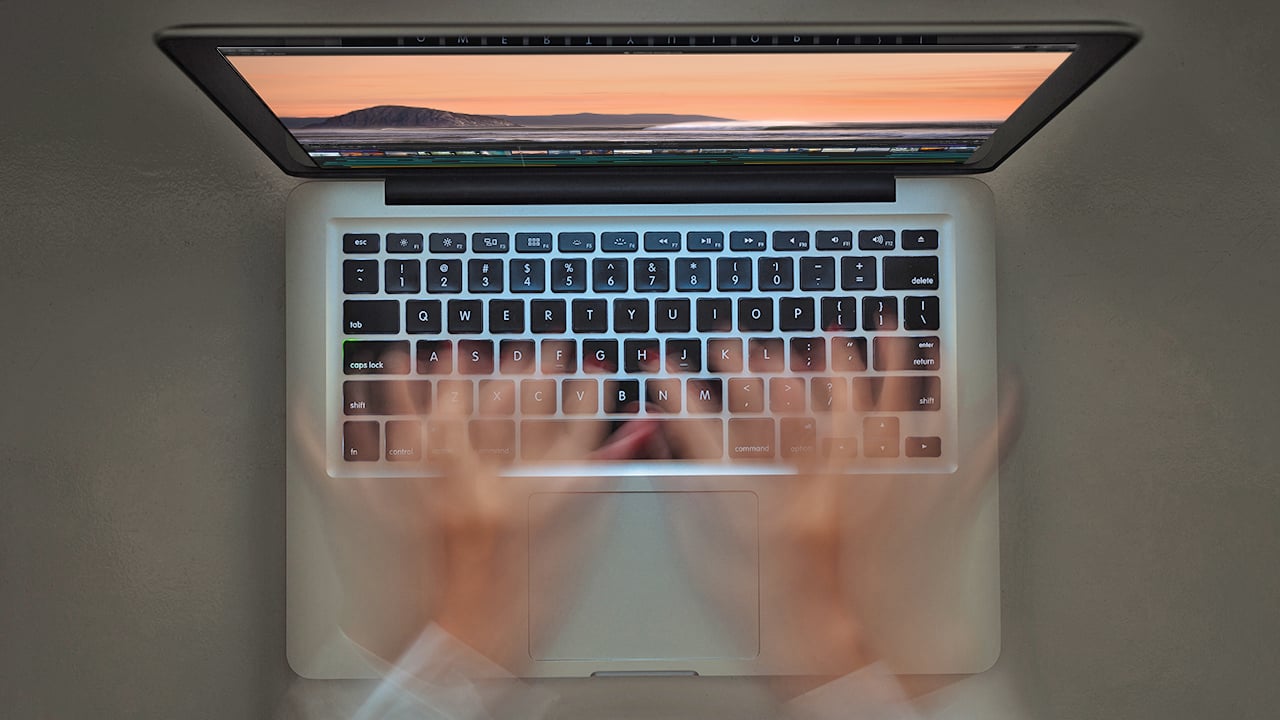 Though I have shot and directed narrative films and commercials, and have worked on several highly-rated TV dramas, an earlier part of my career had me shooting BTS on that kind of project. As mostly a news and documentary guy back then, and a relative newcomer to this particular world, I was shocked by the reality of how slow those productions moved – at least compared to my very fast world.

Now it doesn’t take a rocket scientist to understand why doing setups on a feature film, a #1 TV drama like “NCIS”, or an Adidas commercial with Kobe Bryant is going to be much more involved than an interview setup for ABC World News Tonight. There are a LOT more moving parts. A lot more demands on the production team and a lot more subtleties in the end product (and usually lots of cooks in the kitchen too). But as I stood on those sets, observing, waiting for something interesting to shoot, I couldn’t help but think, “Must this take this long?” I wondered if this simply was a case of “This is the way we do things” or could another paradigm be realistically applied where you could get a lot more done in the same amount of time without sacrificing quality or working your crew to death?

Quick aside: I worked on “NCIS” for five seasons and they worked as fast as any production I’ve been on. I learned a lot in those years.

Back in the late eighties, I was invited to observe alongside director Brad May on the set of the CBS hit drama, “The Equalizer” in New York. Brad was also a D.P. (though not on this) and because of that he understood some of the finer technical points of filmmaking and could speak the crew’s language well. Brad had a lot of energy and used it to motivate the cast and crew to keep things moving. The producers loved Brad because he could get a lot more coverage in a scene and a lot more script pages covered in one day than most other directors. He was fast. That translated into two things for them: a more creative product (more setups, more coverage/more angles) and  cost savings (more pages covered each day, possibly reducing shoot days or going into O.T.)

I watched Brad very carefully. The one thing that really stuck out was how quickly and smoothly he would transition from one setup to the next.

Like a good chess player, he had thought several moves ahead. He already knew the shots, the camera angles, the shot sizes (and corresponding lenses) for the upcoming shots. So, as soon as he got the take he wanted, he’d shout, “CUT! PRINT! NEXT DEAL…” He’d quickly move to the position he wanted the camera to be for the next shot. “Camera here. On a track. Give me a 35 (mm lens), start on a two (shot), slow dolly forward to a single. Let’s go!”

And off the crew would go. They loved it! Kept them moving, kept them energised. No sitting around twiddling their thumbs while the director pondered the scene, wondering what might be nice for the next shot, lingering over the script and his latte before finally deciding and people eventually getting some marching orders. Brad was decisive. He had his shot list well thought-out. No-one was going to wait for him. He has a VERY successful career because EVERY producer and production manager loves that pace. The shows he directed had a lot of creativity, a lot of coverage because Brad worked fast.

Another example: long ago an editor friend of mine went to be interviewed for the Asst. Editor position on a feature film. He met the editor at her home where he immediately noticed two Oscars sitting on the mantle.

Yikes! She was a heavy-hitter! Being a curious guy, he was very interested to know one thing about this acclaimed editor. He inquired, “How did you know when you were finished editing a film?” It’s a good question because given an infinite amount of time, an editor (like a D.P.) will usually continue to tweak and tweak until the sun has burned out. Film editors sometimes don’t have the same hard deadlines a D.P. does… They are often free to keep going until they feel like it’s their best work. So he wondered what determined “the finish” for her.

Her dramatic reply? “I know I am finished… when the producers come and TEAR it from my hands!”

This friend of mine, Larry Jordan, eventually became one of the best-known and most respected Final Cut Pro instructors. He told me one day that this Oscar-winning editor taught him a valuable lesson: an editor will edit until he/she cannot any longer because of the deadline (the producer tearing it from your hands). If you are a slow editor, your product will not be able to compete with a faster editor who can get a lot more done at the same time. Rocket science? Hardly. But think about it: what makes one editor faster than the other? In the case of Larry teaching FCP, it meant teaching all the keyboard shortcuts which, for example, reduced time using the mouse to drag clips to the timeline. He reasoned that – over the course of a day of editing with maybe 200 edits – if it took three or four seconds to drag a clip and only one second to click an icon or use a keyboard shortcut to do the same thing, the faster editor will have 13 minutes at the end of the day to review, tweak, do effects, titles, etc. And that was just one shortcut. Learn two like that and you have a half-hour left over. Etcetera, etcetera, etcetera.

If I can do an interview lighting setup in 20 minutes that takes the next guy 30 minutes to do, assuming we have the same 30-minute deadline for shooting, I’ll have another 10 minutes to tweak the lights… to add specials… make the set more interesting… gel that troublesome window. All other things being equal, my shot will have more creative potential. Or maybe even better, because I can do setups in 20 minutes, we will do five setups in a day while the other guy only does three. Guess who’s going to get called for the next job?

How to work faster

So how do we do this? Like my friend Brad May, plan ahead. Get as much info as you can about the location(s) and have the gear you need to execute that quickly. Maybe have someone take pictures of the location with their phone and send them to you. Figure out what you will most likely need – camera, lens, tripod, batteries or AC power, what type and how many lights (LED, tungsten, HMI) and stands, sandbags, stingers (extension cords), your gel roll, a cart to get it all in there.

Have those items readily accessible in your vehicle so you can get them out quickly and efficiently. When you get on the location, quickly assess which direction is the best to shoot. If it’s an interview, keep your subject away from walls, so you can control the light. Unless you’re using daylight through windows, close blinds so you can control the light and make it look like you want to. Setup your two or three-point lights (key, fill if needed, back/hair) and at least one light for the background. Control spill. Keep light on what you want it on and off of what you don’t. Use barn doors and/or egg crates/grids. Then ROLL CAMERA! CUT! PRINT! NEXT DEAL… (or something like that…)

Like Larry Jordan, learn the shortcuts with your gear. Have lights and stands easy to get to and quick to set up. If you’re in a rush and using LED, power them from batteries, saving time running stingers. Have a plan: Kino-Flo Diva 400 with diffusion for the key, which I can rotate for fill, Arri 200 on a dimmer for a hair light, Source Four with a pattern for the background. Or two Litepanel 1x1 Bi-Colors with grids and my Source Four. Three lights, three stands. GO!

Then if I have the luxury of more time, I can pull out some additional instruments and do some special work… a soft glow on a flower bouquet in the background, highlight some books or items on a shelf, put a nice glow on a dark wood furniture piece.

And somewhere across town, a slower guy is struggling (panicking?) to get his main lights up and ready before the producer/interviewer/talent walks in. Because he didn’t plan. And didn’t think about how important working fast really can be – to being creative and to repeat business. Don’t be that guy.

Perhaps the equation should be: Speed = Creativity = Repeat Business!