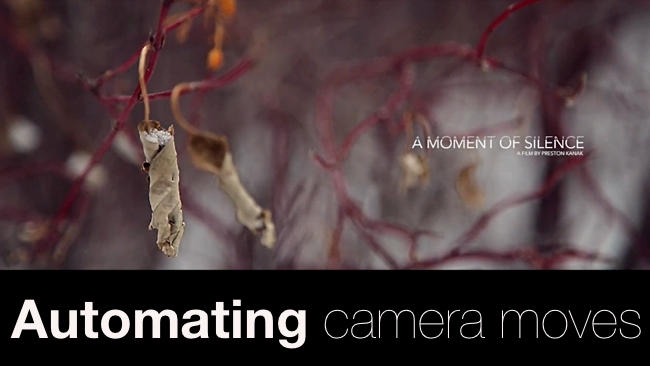 A moment of silence

For most people, repetition represents boredom. Doing the same thing again and again means not doing new things. A lack of innovation. An absence of creativity. But sometimes, the ability to repeat something, precisely and consistently, opens up new creative options, and can be instrumental in making something wonderful. Here's a perfect example

A Moment Of Silence is a short film by Preston Kanak that was designed to show off the capabilities of the CineDrive by Kessler. It's a modular system that allows filmmakers to set up consistent and repeatable camera moves, courtesy of a precision motor-driven rig.

As if to challenge the ultimate capabilities of the system, Kanak dissolves between shots taken at night and again in the day. The camera moves with frame-by-frame precision, so dissolving between the two takes is as simple as aligning the footage on parallel tracks on an NLE and transitioning from one to the other.

Here's "A Moment of Silence"

And here's the "Making of" video that explains how it was done, and how to use the CineDrive in some detail.

And here's Kanak's website if you want to read the full story.