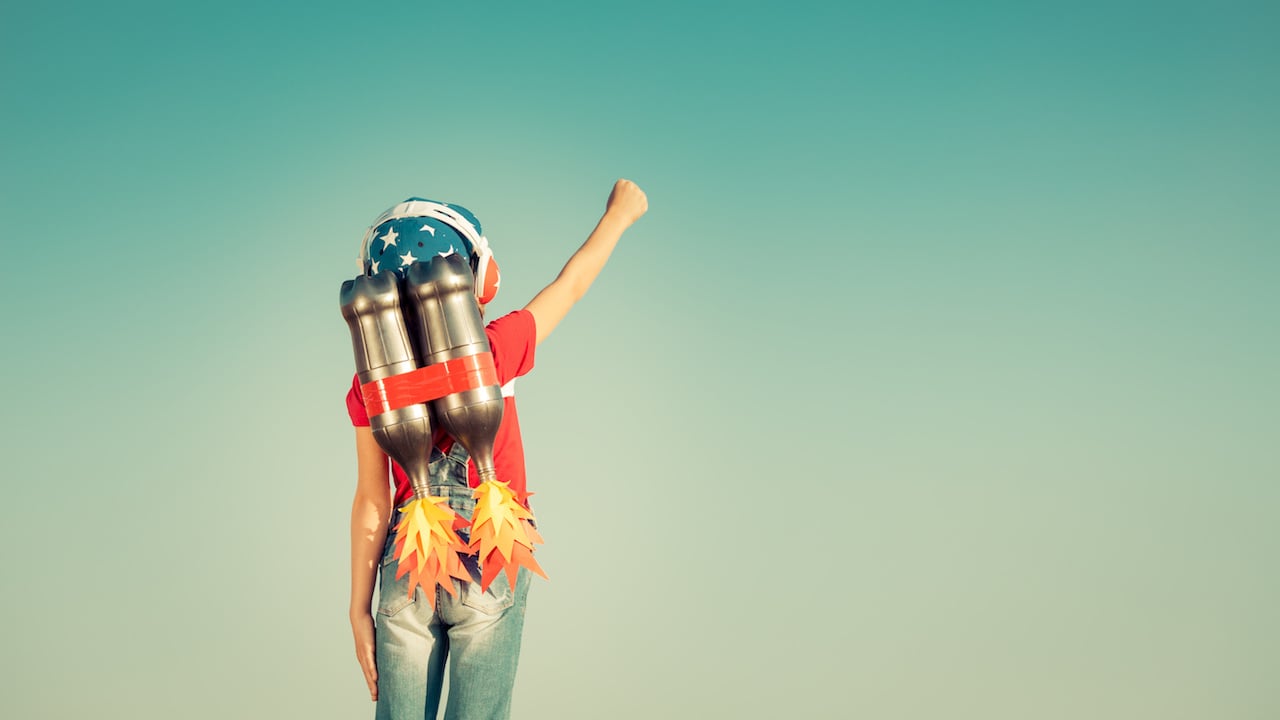 Leaving jetpacks and holidays on the Moon aside, now that CES 2018 is over what technology are we still waiting to come down the pipe to make the whole business of producing video easier? 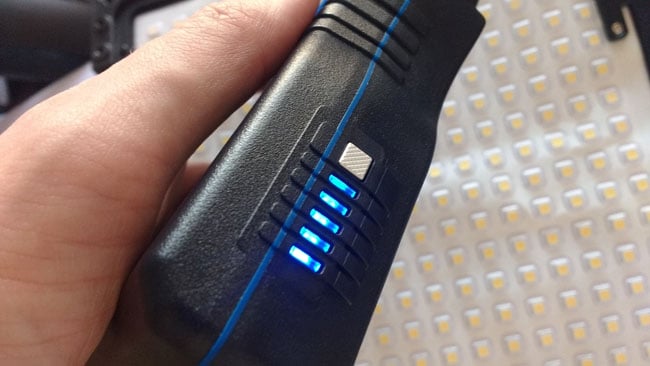 Battery technology is a leader in the field of spurious news stories that seem to only very rarely lead to actual products. There have been a good few of these recently, from hilariously impractical (but cool-sounding) hydrogen fuel cells to entirely new rechargeable battery technology based on golden nanowires (from UC Irvine), graphene, supercapacitors, sodium ions and many other technologies. None of them is yet available in a form you can slap on a camera.

Or on a light, which is possibly a more crucial application for battery power. The surge in battery-powered lighting has brought with it something of a lack of understanding about power density. Many people haven't quite realised that a 500-watt LED is just as hard to power as a 500-watt HMI, and probably outputs a similar amount of raw photons. Ultimately, to light a scene we may still need big lights and those big lights may need lots of power, whether that means large batteries or larger numbers of small batteries. With full-size camera batteries at the prices they are, it's very plausible for even a quite high-quality light to need a battery system worth more than it is in order to run for half a day.

More capacity, ideally without increasing price more than slightly, is crucial. It's been a while since we saw a big improvement. 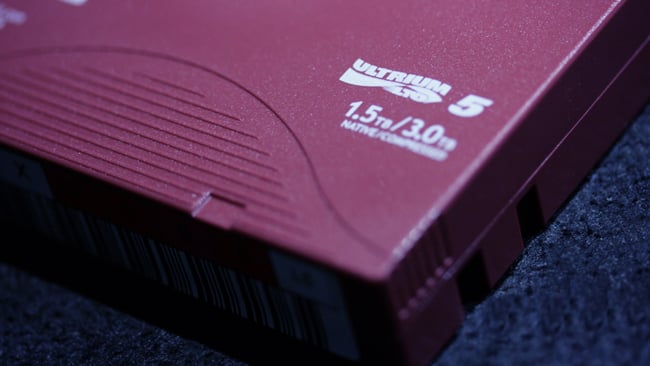 It's harder to criticise hard disk technology in the same way. There have been developments (perpendicular recording, shingled recording, now heat and microwave-assisted recording) and they have all been commercialised to some degree, not to mention the entire field of solid-state storage which has made essentially all modern cameras practical by dramatically – dramatically - reducing the cost of really high-quality recordings. Recording tech had been holding very good cameras back for decades and this was genuinely a sea change.

Three problems remain. The first is that despite much good work, disk capacity has still not kept up with demand for storage. UHD or 4K acquisition consumes essentially four times the disk space of HD and 8K cameras, such as those recently announced by Sharp, are becoming more common. This is, as ever, subject to the reality check that most of the world is still more than happy to shoot and finish in HD and 4K is only required by a tiny minority of clients, but even if 8K is retained only for special-purpose work, more storage is required for a potentially generalised 4K uptake. The work is being done, but more, sooner, is needed. Pedal faster, guys.

The second storage issue is that there still isn't really an obvious solution to long-term backup. LTO is functional but really a bit too expensive for most of the applications which actually need it. These are often one-man-band post operations or shoot-and-edit people who need to back up their clients' rushes. Desktop LTO drives perpetually sit at £1500-£2000 plus the required SAS PCIe interface card, for a drive of the latest generation or one back. It's highly capable, with LTO7 offering a capacity of 6TB per tape – overlooking the compression that largely won't work for video data – but we need something at perhaps two thirds that price point to make it more available. Various esoteric technologies for holographic or other three-dimensional laser recording techniques have been suggested, but none are anywhere near being marketed.

The third is that flash storage isn't getting big enough fast enough. Improvements in the rate of change here are more of a hope than an expectation, though: it's a huge market, a vast market, and we benefit as ever from the work done to serve a far larger sector than just media production. Everyone wants bigger flash chips.

Nobody actually wants spinning metal anymore, but it seems likely we'll be seeing it at the forefront of storage tech for years yet. 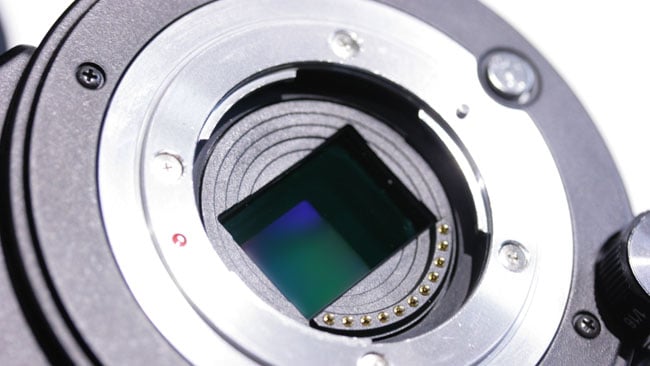 JVC's GY-LS300, with its hugely flexible variable scan mapping feature, is impressive - and probably quite old hat compared to what's now in labs

Rolling shutter in video cameras is a technical convenience that emerged, at least in general use, with RED’s first cameras and has since been taken up by essentially the entire industry. The only absolute mitigation for it is a hugely expensive, bulky, power-hungry mechanical shutter and it's an understandable engineering decision in many ways, trading off artefacts for improved sensitivity and dynamic range. These are both highly saleable factors which are very easy for potential customers to understand. As such, it's no surprise that essentially all modern cinematography devices (including greats like Alexa) use a rolling shutter, even if very subtly.

There are approaches to measuring the severity of problems that rolling shutter causes. A simple expression of the time taken, in microseconds, for the sensor to be completely read out, is a perfectly adequate performance metric. These numbers are almost never quoted by camera manufacturers, although they are reasonably easy to estimate. Decent cameras don't suffer too much from visible wobble, though really high-energy handheld camerawork can be a mistake. They will all suffer to some extent from flash banding and other strange effects with stroboscopic light and these factors can combine to make a certain type of action movie a little troublesome.

Recent developments in stacking silicon wafers into multilayer sensors are promising and may offset some of the design concerns of a sensor enough that we can have global shutter back again without undue sacrifices. It was promised as an option on Blackmagic's Ursa Mini 4.6K and would have required sacrifices in dynamic range and sensitivity, but the company was forced to withdraw the feature after those sacrifices proved too much. The 4.6K camera is otherwise extremely good and perhaps the engineers didn't want to spoil their baby, but in general, a return to global shutter feels overdue. 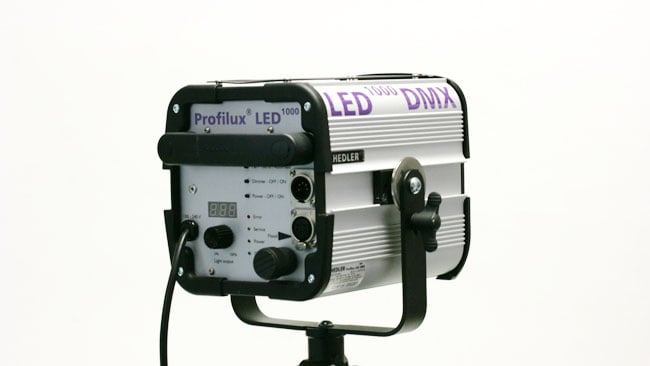 Hedler's Profilux LED is emblazoned with a 1000, indicating that it might equal the output of a 1K tungsten - which is perfectly fair. At 185W it's still a small light by big movie standards

We've said this before, so we'll keep it brief, but most of the LED lights which currently exist are in the 100-watt range. Developments like Aputure's COB-300D are welcome, but LED is not significantly brighter than HMI of the same power and the smallest common HMI is 575W, let alone the monsters that go up to 24,000. LEDs are currently, generally, small lights.

We need a 1000-watt LED, or an 1800-watt version to equate to the hugely popular Arri M18. Or even a 2500-watt version, which could be powered by a wall socket in many parts of the world. And no, we're not talking about a tungsten-equivalent here, a real 2500 watt LED, to compete with a 2.5K HMI. It remains to be seen how that would work out price-wise, but anything cheaper than an equivalent HMI would be genuinely interesting and make a genuine difference. 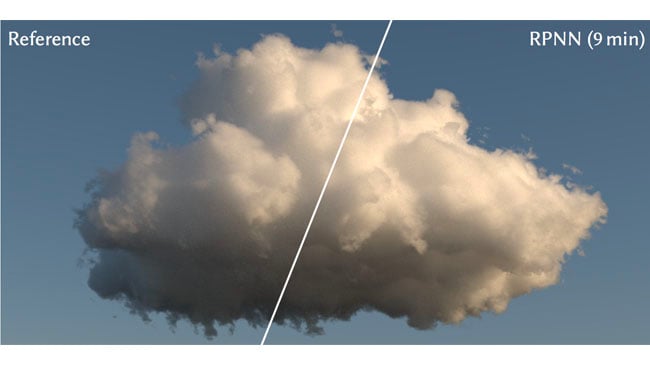 It's probably not unreasonable to expect some concrete AI products in 2018. Disney's recent announcement around cloud rendering was really quite impressive, producing very attractive volumetric-looking objects in a fraction of the time that would usually be taken to do the same work with a true volumetric renderer. Whether this sort of thing could be applied to other beautiful-but-sluggish rendering tricks such as global illumination, subsurface scattering, ambient occlusion or even hair and fur, remains to be seen, but the existence of a demonstration showing such clear real-world improvements is genuinely interesting. After Effects plugins beckon.

Naturally, if there's anything that we should expect to get in 2018 but haven't mentioned, the comments section is the place to discuss it.