The Rotolight NEO 2 - a portable and highly accurate LED light 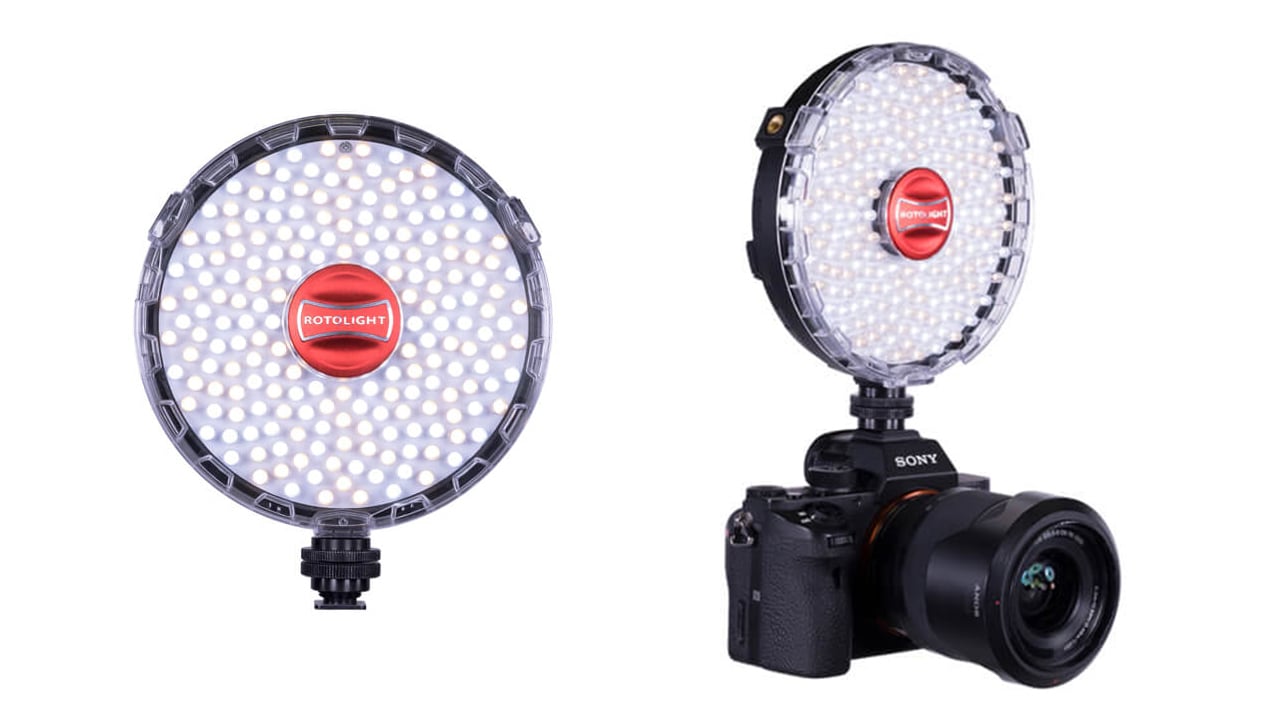 If you require an accurate on-camera LED light, the NEO 2 could be your answer

The Rotolight NEO 2 is a small flicker-free LED light that is said to combine the benefits of continuous light with the flexibility of High-Speed Sync (HSS) flash to freeze action. It's a disc of sturdy plastic that's capable of around 1K lumen luminous flux or 2000 lux at a 90cm distance. The €337.99 NEO 2 could be an attractive proposition should you want to combine a video light with a speedlight.

The first impression I had from the Rotolight NEO 2 highlighted some issues. The rather confusing user guide doesn't effectively clarify the user interface, and the flash output seemed unable to compete output-wise with a proper flash. After trying out different setups, I concluded that you can use the NEO 2 with decent results – but if you want flexibility, you'll need to have three or four of them synchronised.

As a continuous LED light for video, the NEO 2 is quite good. It has a very nice, soft output. The unit can be powered with the included power adapter or six AA NiMH cells. It has two control knobs which let you set the brightness and colour temperature of its 50-degree light beam. Both seem to be pretty accurate judging from my measurements with a Lumu Power light meter. Especially the colour temperature that is shown on the LCD screen with large red numerals is exact to within two to five percent. The colour temperature ranges from 3100K to 6300K, the latter is higher than you usually get with most video lights. Rotolight has paid special attention to the lights skin tone rendition, resulting in a CRI for skin tone R15 of 98, a CRI of 96 overall, and a TLCI value of 91 (approved for broadcast without correction). 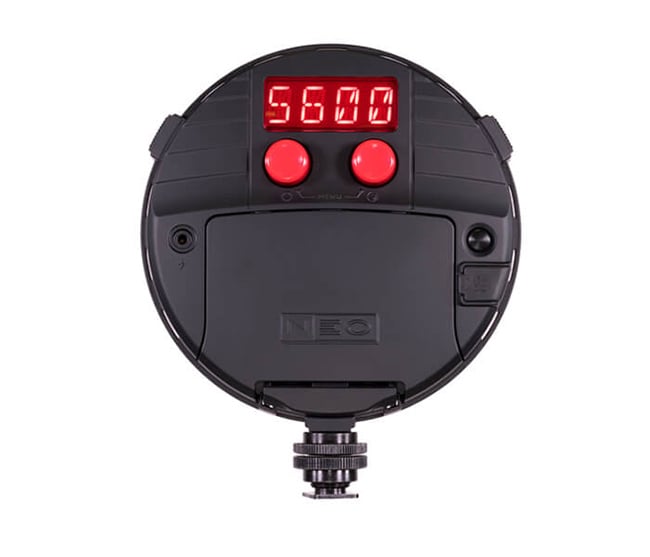 Colour temperature controls on the back of the Rotolight NEO 2

I was a bit underwhelmed by the 1K lumen output. It is what you get when the NEO 2 is set to a colour temperature of around 4000K. At lower or higher temperatures, the light loses about a tenth of its output power. My reference light, the aluminium €329 Akurat Lighting d2120 A1, outputs 1K lumen regardless of the mixture of its 3200K-5600K LEDs.

Before you consider it to be a dealbreaker, though, the NEO 2 does have a few unique features that might appeal to you.

Rotolight has fitted the NEO 2 out with CineSFX functionality. That's a trademark name for built-in special effects. The effects include strobe, lightning, throbbing, fire, police, TV, gunshot, neon, weld, etc. To make these effects looking as close to reality as possible, Rotolight sells an optional set of filters for the NEO 2 to put in front of the device that fits the effect. For example, if you are shooting a crime scene, you can emulate the presence of a police car by putting a 712 Bedford blue filter in front of the unit and selecting the Police effect. That will simulate an emergency services light.

Most of the effects are actually very good. Even the Fire effect, which I thought was going to give a bit of a cheesy result, came out looking a lot like the real thing. But here you'll be using the NEO 2 in scenarios that don't add up when using it as an on-camera light. And when you really want to make it look like it's the real thing, you'll need at least a couple of them.

So, should you buy a NEO 2? On the positive side, it certainly has a lot of features that you won't find in any other LED light with this kind of colour accuracy. On the negative side, the flash functionality, while good when positioning the light at close range, does require you to change the way you look at speedlight performance and that may be frustrating to some people. And the user guide is written such that it doesn't help much with making the best use of the light's unique features.

Given that it doesn't cost more than a straightforward on-camera video light such as the Akurat d2120 A1, though, I think the NEO 2 is a viable option for video work.