Masters of Light: a classic revisited 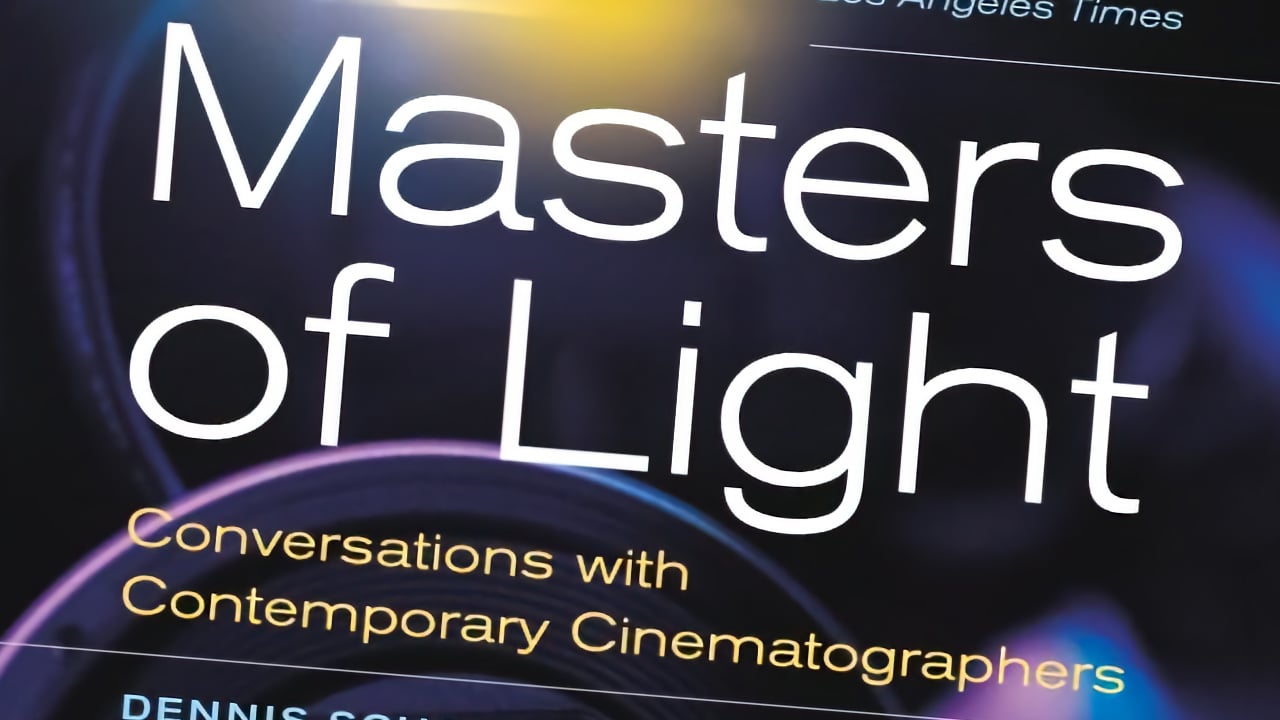 Masters of Light: Conversations with Contemporary Cinematographers is one of the most revered book releases on the subject. Roland Denning reminisces over what makes the publication such a classic.

Perhaps the favourite book on my cinematography bookcase is Masters of Light: Conversations With Contemporary Cinematographers. ‘Contemporary’ must be seen in context – this book was actually first published in 1984, but it has remained in print ever since. It is simply a series of conversations with 15 key cinematographers of what was perhaps Hollywood’s second golden age, including Nestor Almendros, John Alonzo, Michael Chapman, Conrad Hall, Laszlo Kovacs, Vittorio Storaro, Billy Williams, Haskell Wexler, Gordon Willis and Vilmos Zsigmond. But what great conversations. Looking at it again in 2017, what is fascinating is how relevant their conversations still are. And, of course, how much has changed.

These are the people who shot Days Of Heaven, Chinatown, Jaws, Taxi Driver, Raging Bull, Marathon Man, Rosemary’s Baby, Easy Rider, The French Connection, The Exorcist, Last Tango In Paris, Apocalypse Now, One Flew Over The Cuckoo’s Nest, Carrie, Gandhi, The Godfather, Manhattan, Deliverance, Close Encounters of the Third Kind and many other classics of the period. Interviewed by two journalists who actually seem to understand what they are talking about, Masters of Light offers an unparalleled insight into the craft.

This was an era when a new breed of cinematographers had grown up influenced by the French New Wave and the spirit of the sixties. And, although full of respect for the previous generation of Hollywood masters, they were determined to overthrow past conventions.

Although the conversations are all about technique, there is very little talk about particular pieces of equipment. This is film after all, and the make or model of the camera had little effect on the quality of the images on the screen. Recent technical innovations had, however, offered more opportunities – HMI lights, faster lenses and faster stock meant you could shoot with less light and softer light. The Arri 35BL and the lightweight Panaflex had arrived the decade before. By today’s standards these were heavy cameras (the weight of an Arri BL body alone is around 30lbs/13.5kg), but in their time, they were a revolution in mobility. This all helped the move towards realism and shooting on location rather than in the studio.

What comes over, again and again, is the combination of meticulous craftsmanship and an intuitive ability to interpret the director’s vision. Although many of the cinematographers saw themselves as iconoclasts, they had all learnt the basic mechanics supremely well: ‘art comes out of the craft’. But once those principles are learnt and understood, there are no rules. All techniques are there to serve the story and it is the varying relationship between cinematographer and director that is one of the fascinating elements of this book.

While today we discuss the qualities of different sensors, in the late twentieth the conversation was all about film stocks and working with the laboratory. The favoured film stock was Kodak 5247 rated at 100 ISO, but the faster (and less vibrant) 5294 (400 ISO) was also becoming popular.

Many today think of film as having a very wide latitude. Yes, the negative contains a huge amount of information if you telecine it or scan it, but if you are making prints from it, there is not really a lot of room for error – maybe it will tolerate up to a stop underexposure and a stop or so overexposure. You can go further and you will get an acceptable image, but it will be a different looking image. These differences were part of the techniques cinematographers used to determine the look of their movies.

Those familiar with grading modern digital files might be shocked at how limited control over film was – you could overexpose or underexpose, you could push-process (force develop) one or possibly two stops, or you could (if you dared) ‘flash’ (partly fog) the film to reduce contrast. That was about it. Flashing the film was surprisingly common in this era – it should be remembered that in an analogue process contrast increases at every stage, so there was a good reason to start with a lower contrast image.

With no digital intermediates when making prints, you were limited to adjusting the three printer lights (corresponding to the three primaries) – no curves, no secondary grading, no separate controls over gamma, gain, lift or saturation. What a miserable colour grading programme that would be today!

Getting it right in-camera

In contrast to today’s cinematographers, they were more concerned about preserving the particular quality of the images they had shot in post production rather than being able to manipulate them. Gordon Willis was famous for printing all his rushes at one light (ungraded) so he could maintain consistency to the very end – in other words, getting it absolutely right when shooting, so the lab had less chance of messing it up later. Maintaining good relationships with the lab and choosing the right lab was essential – you were at their mercy in terms of quality control.

Interestingly, over 30 years ago there were complaints that the modern lenses and stock were too clean and sharp, just as many grumble about digital cameras today. In the quest to tone down the images, some used overexposing and printing down to desaturate, others used underexposing to increase grain. Nets, fogs and diffusion filters were commonly used to soften the image – Bill Fraker talks about using a ‘filter pack two inches deep’ – but many were averse to putting too much stuff in front of the lens.

All the cinematographers talk about the necessity of deciding on an aperture to use throughout a movie and the crucial choice of focal lengths. But there is no talk about the particular ‘character’ of glass, flaring was to be avoided and the term ‘bokeh’ was unknown. Any discussion of depth of field is about increasing it rather than reducing it – Willis talks about using split diopters to maintain focus in All The Presidents’ Men. Frequently, the cinematographers express the desire to work as simply as possible, with the minimum of lights and crew (although sometimes this does mean working with 20 electricians rather than 40).

There are some references that might be baffling to the modern reader – the authors ask each cinematographer what they think of the Lightflex. The what? Well, the Lightflex was a camera gadget devised by Freddie Francis then re-marketed by Arri as the Varicon. It was basically an illuminated filter that fogged the shadow areas to reduce contrast – an alternative to ‘flashing’ the film. There is some mysterious talk about the Panacam – Panavision’s early dalliance with video – which none of the cameramen here had ever used. There’s also some discussion of the Skycam – a sort of an eighties’ version of a drone that ran on cables suspended from towers.

There are some great, revealing anecdotes. Polanski fired Stanley Cortez on Chinatown as he refused to shoot Faye Dunaway without diffusion (John Alonzo took over). Polanski was a director renowned for his knowledge of the camera. Bill Fraker tells a great story about how on Rosemary's Baby Polanski insisted he should move the camera in such a way a shot of Ruth Gordon on the phone was framed to obscure almost all of her body. Fraker only understood the reasoning when months later the film was screened and ‘1500 heads in the theatre lean to the right to see around the doorjamb’.

What is fascinating is not just how they did it but why. What is revealing about Gordon Willis’ work on Godfather II is not just that he broke the rules by working mostly with overhead light or that it was 300K below standard colour temperature, but the fact it was intentional that the lighting meant you didn’t see the eyes of the characters. Willis doesn’t articulate quite why this works – we can leave that to the critics – but it does. Like many creative choices, the decisions are intuitive.

What is refreshing is that there is no discussion of technical developments as an end to themselves, there is no sense of what the cinematic image should look like out of context of the particular movie they are making. ‘Pretty photography’, as Willis says, ‘is easy’.

I get very frustrated today with the quest for the ‘cinematic’ image. I want to shout out: “Well, what particular ‘cinema’ are you referring to?” As this book shows, there are as many forms of cinematic images as there are stories to tell.