Why do we fear new camera technology? 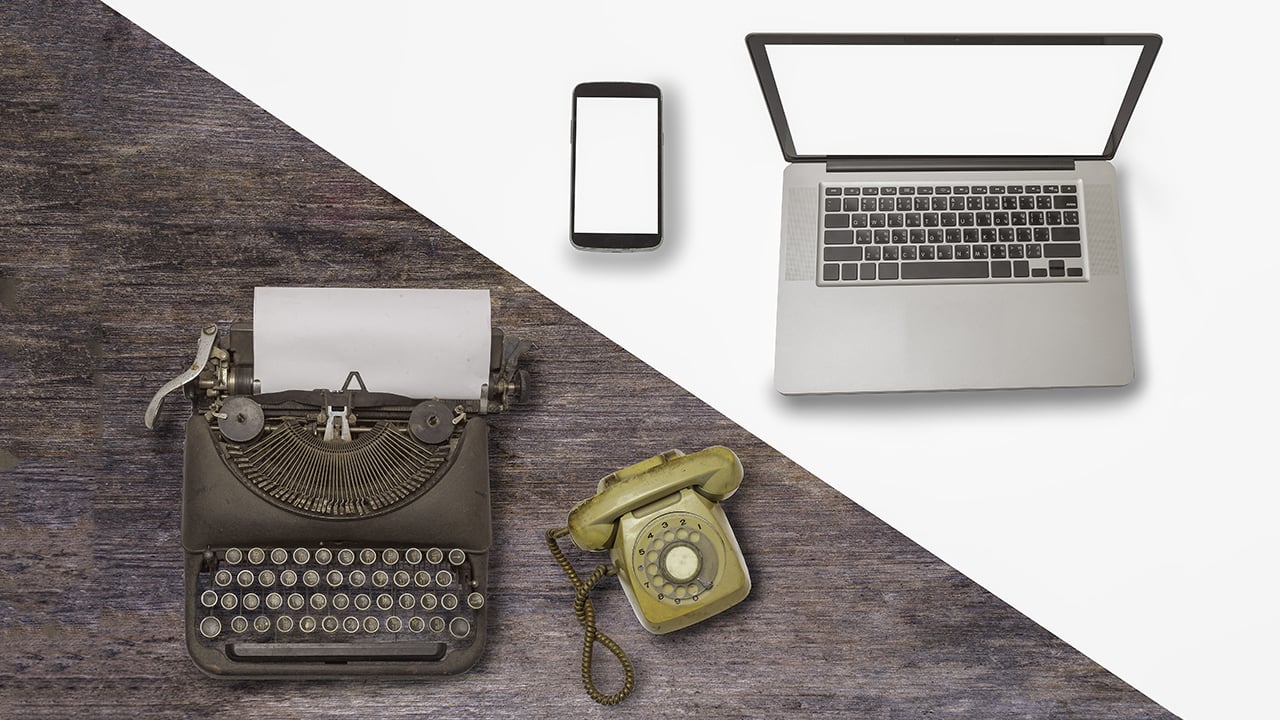 Why are some of the most technologically savvy afraid of new developments?

Newer and better technology should open up new opportunities and frontiers, so why are we often so cynical and fearful about it?

At RedShark we have been pretty overwhelmed by the response to Neil Oseman’s recent piece covering large format cinematography at Camerimage.

Recently I wrote another article outlining why increases in resolution are inevitable, which again received a wide and varied response. The response to both articles highlighted a rather ironic conundrum to me. Why is it that in an industry that is driven by a synergy of technology and creativity, we are often so afraid and sceptical of anything new? The idea of being involved in the video and film production industry, yet being averse to technological advancements is one of the strangest dichotomies I can imagine.

One response I received in relation to the Camerimage article was that most film buyers (in other words companies the buy and then sell/distribute films) do not care about these new technologies such as 8K, 14K, HDR, and large-format shooting. Other comments included mentioning cynically that of course a man who’s company wants to sell 8K equipment is going to promote it while at the same time admitting that most people can’t tell the difference between that and 4K.

Would you use old technology?

I will address those points in due course, but if we go back to the idea of being averse to progression for a moment, Allow me to pose this question. If you hired a stills photographer to shoot your wedding today, would you be happy if he or she took them on a 1.5MP camera from 2002? Would you be happy if the videographer filmed it on a standard definition camera?

The fact is this, even going back to 2006, over ten years ago, the majority of people were looking at shooting HD to protect their work for the future. Fast forward a few years to 2011 and it is doubtful that anyone would be willingly shooting standard definition any more unless it was for a minor or local television channel.

The jump from SD to HD was fairly large. Even people with untrained eyes can usually spot if they have accidentally switched to the SD transmission of BBC1 for instance. It is doubtful that anybody would volunteer to go back to shooting SD now, just as even an 8MP stills camera wouldn’t cut the mustard either.

But let’s go back to the comments about the Camerimage talk. Currently HD is the prevailing format, but it is true that iTunes and Netflix are asking for 4K HDR masters now. The fact that other distributers may not currently be asking for this is in no way any indication of what they may be asking for a year or two down the line. In other words, if you are only shooting and mastering your projects in HD now simply because that is what you are getting away with currently, you are not thinking longer term, and you could well be caught with your pants down if requirements change suddenly. This is particularly true of feature production. If you are making a low budget feature film right now in HD, a heck of a lot could happen between your current shooting and when the film is finally edited, mastered, and reaches the eyes of a seller. In some cases you might be looking at well over a year.

The point was made that no extra money will be given by buyers/agents for 4K and other new technology, and that they don’t care. This could well be true in some cases, but it is also true that creating something in 4K doesn’t really cost any more to produce now than HD anyway. HDR grades may add an extra layer of workload, but if you shoot 4K in an HDR ready format now, you can at least remaster later on when it becomes an absolute requirement. It gives you, the film or programme producer flexibility and freedom. You might not be paid any more for the content now, but that’s a much better scenario than being offered nothing for it in the future due to not thinking ahead!

If you only see the content that you are producing as short term profit with no longevity, then shooting HD may be okay for you. But if you have any interest in being able to repurpose your content as technology progresses and make more money from it later, it makes absolutely no financial sense at all to be curmudgeonly about shooting in the best quality and format that you can budget for right now.

It isn't about marketing

The cynical point regarding everything being about marketing is, of course, a false one. Or at least misguided. Certainly companies do want to sell new equipment. They wouldn’t be able to exist if they didn’t, and you wouldn’t now have the ability to make an image that can compete with 35mm with a camera you can buy in your local video camera shop if they didn’t either. A lot of indie and low budget filmmakers would do well to remember that the freedom they have to create the high quality, big screen capable images they can now, and get their content distributed far and wide much more readily than in the past, is due to the advancement, not the withholding, of technology. Many of them could not make their living if not for all this new technology, and it should therefore be a salient lesson. And yet a large percentage of these same people are the first to criticise any new tech.

Instead the Camerimage forum highlighted that this is no cynical marketing exercise at all. There are very valid, scientifically measurable reasons why these advancements in resolution are important, even if you are outputting to a small screen or a lower resolution. Those points were tackled in the article, and there was much more information about all this in the live discussion. It is incredibly important if you are to have any sort of sane debate on the subject to take in those points.

One last issue that was raised was about why large format is not the way to go either. Difficulties of focus were a primary reasoning. However the push for large format has not come from manufacturers. It has come directly from the requests of cinematographers with the manufacturers responding to those demands. Yes, it is harder to focus when the iris is wide open. But such problems are moot when we consider how easily modern cameras can be stopped down and the ISO raised with negligible impact on performance. In fact increasing ISO is becoming more desirable because it often means more dynamic range can be captured. If there’s minimal noise penalty there’s not much to dislike here.

Given that these increases in technology are inevitable, and in fact very practically useful when it comes to producing the best images possible, why then is there often so much opposition? After all, what DP or producer in their right mind wouldn’t want their equipment to give them the full freedom to produce the best images that they can?

Much of it is fear. Certainly the vast majority of objections come from those at the lower tiers of production. Cinema will always need ways to stay one step ahead of home viewing, and top tier cinematographers and directors have the budgets and the desire to push the equipment as far as it can go. But one other inevitability is that lower budget producers will often want to emulate the new styles and techniques that are created as a result. Without the trickle down of technology that happens this would not be possible.

Yet fear of obsolesce seems to persist, along with a reluctance to follow the need to keep up with and learn new skills. HDR is a case in point for this, and unlike a simple increase in resolution it is one area that could cause grief for people on lower budgets and skill sets.

It is certainly understandable that the costs of upgrading equipment all the time is an inconvenience. But despite the move to higher resolutions, camera equipment today is lasting much longer than previously. 4K is still going to be valid for a long time, and we’ve been able to shoot this since not long after the turn of the decade with cameras such as the F55. The only way you will end up having to reinvest quickly or end up being left behind is if you aren’t on the ball to begin with.

Much like everything in life, progression needs to happen. You don’t get physically fit by doing nothing. Likewise technology doesn’t get better by nothing new being developed. There are those who still hanker after the days of VHS. They say things were much more simple then. That there was somehow more ‘soul’ in watching a film. There will always be people who think that everything old is better than everything new. But I can tell you that an old Austin Princess (a hateful, hateful car) is no comparison to my current vehicle, and no amount of nostalgia based crooning will persuade me that my old monochrome Nokia phone is better and more useful than my iPhone. I have been told, too, in the past how washing machines and other appliances used to be so much better than modern ones because they lasted longer. But they were also so noisy that the whole house shook, used an inordinate amount of power, the electrics were much less safe, and they cost much more to buy in the first place.

Newer technology comes about because in the grand scheme of things it really is much better than the stuff that preceded it, no matter how much people nitpick at the minutiae. Often it is only when we look back ten years or so that we really appreciate just how far it has come.