Why large-format 14K is the perfect future 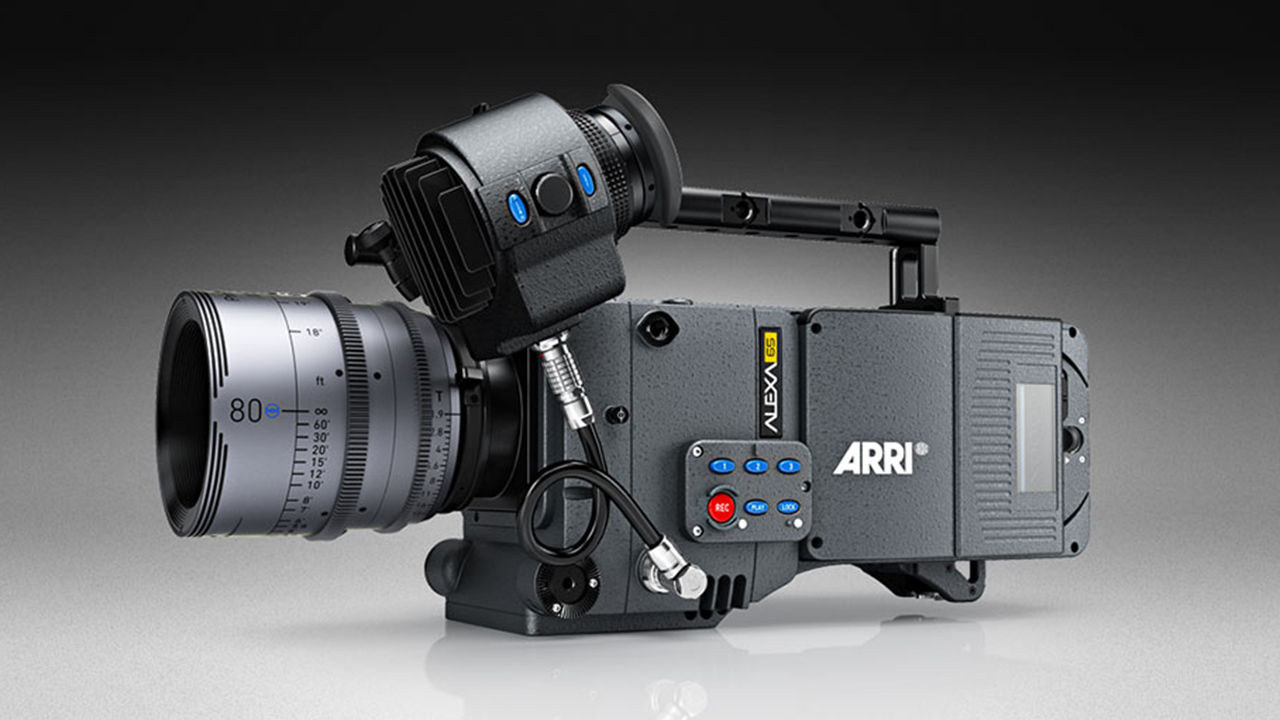 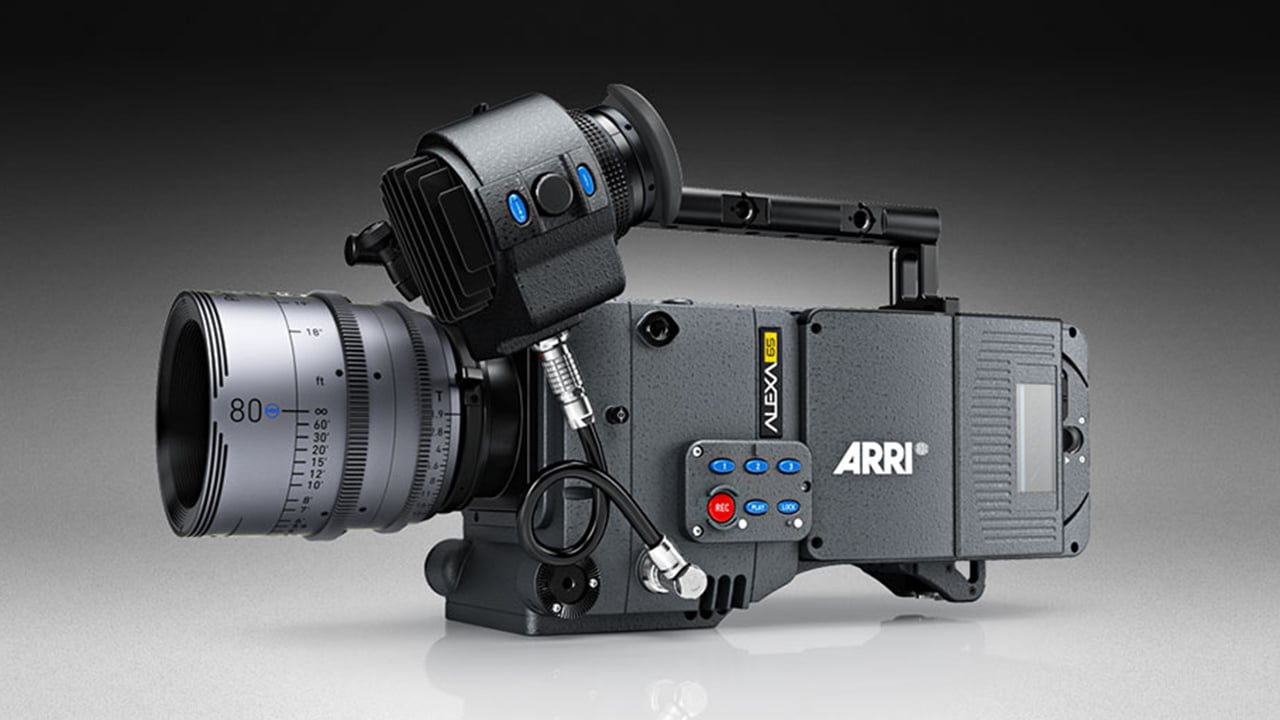 The Alexa 65 is part of the push for large format shooting, but raw resolution is also still important

Replay: At the recent Camerimage in Poland, top DOPs explained why higher resolutions are absolutely neccesary, and it isn't always for the reasons that we are traditionally lead to believe.

Film festivals, particularly those with strong industry support, are often the best places to judge emerging trends. Camerimage, the Polish festival celebrating the work of cinematographers, is a particularly good gauge of the way things are going with camera technology. This year, bigger images were a dominant theme.

“Most people can’t tell the difference between 2K and 4K at more than eight feet,” said DP Stephen Goldblatt (Lethal Weapon 2, Batman Forever) in his Canon workshop on the third morning of the festival.

But that afternoon, in a Red seminar, Markus Förderer (Independence Day: Resurgence) expressed excitement about 8K. “If you pair it with soft lenses you get smooth, natural images,” he opined.

Unsurprisingly, the speakers at Panavision’s “The Beauty of 8K Large Format” seminar the next day were also enthusiastic. The session was promoting the new DXL camera, which boasts a 46mm Red Vista Vision sensor. The panellists agreed that, on the face of it, the human eye’s resolution of one arc-minute makes images over 2-4K seem redundant. But they explained that hyper-acuity — the result of the retina’s honeycomb pattern as well as the processing carried out in the brain — gives us a greater precision of sight, validating higher image resolutions.

14K is the perfect resolution

Amongst Panavision’s speakers was the company’s head of optics, Dan Sasaki, a man frequently mentioned in the pages of American Cinematographer, refurbishing vintage glass for The Hateful Eight, engineering specific lens flares for Saving Private Ryan, or even building new lenses entirely for Star Wars: The Force Awakens. Sasaki’s message was this: “Acquisition resolution is more important than exhibition resolution.” He gave the example of a Hasselblad digital medium format photo viewed on Instagram. You can still tell it was originated in high-resolution because of the dynamic range, bit depth, perspective and depth of field.

Sasaki practically eulogised the Hasselblad, which has the world’s biggest digital sensor. He sees it as the ideal that all digital imaging should aspire to. Why? Because its 100 megapixels (about 14K in cinema terms) match the 100 million rods and cones in the human eye.

The panellists were also keen to dispel the myth that higher resolutions are sharper. This might have been true of early HD cameras, which employed in-camera sharpening, but not anymore. High resolutions are in fact smoother than lower ones, a fact which Sasaki demonstrated with two images of a circle. The first was super-low-res, like an eighties video game — sharp and blocky. The second was higher-res, and with more pixels to describe the curves, it was clearly smoother.

Smoother images, and smoother curves particularly, apparently enhance the impression of depth. “More resolution evokes the imagination of the brain,” as Light Iron’s senior colourist Ian Vertovec put it. Förderer had expressed a similar sentiment in his panel: “A 4K DCP shows you more of the performance, on a subconscious level than seeing a 2K DCP.”

Vertovec went on to explain how high-resolution acquisition provides more opportunities in post production. He described an 8/7/6 workflow: 8K capture with a 7K extraction area within that, downscaled to 6K for mastering. Footage from David Fincher’s Mindhunter series was shown, revealing the extra image outside the 7K extraction. This was used for the camera stabilisation which Fincher wanted to be applied to almost every shot and digital bowing to simulate the look of anamorphic glass.

The need for better glass

Of course, larger sensors require lenses with larger image circles to cover them (though Christopher Probst noted in the Red seminar that many Super-35 lenses of a 50mm focal length or greater have sufficient coverage). A stroll through the exhibition stalls at Camerimage showed that most of the major lens manufacturers are vying for a piece of this new market, from the Hawk65s to the Cooke S7s.

CW Sonderoptic, the company behind Leica, presented a panel to promote their new Thalia series for 65mm cinematography. The centrepiece was a short film, Jardin d’hiver, shot by Darius Khondji (Seven, Delicatessen) on an Alexa 65. Khondji reportedly tried all of his usual filters and rejected them all as unnecessary. “As soon as you put the lens on, there’s already some magic that’s happening,” explained Khondji’s son Alexandre, who directed the short.

It’s not just new lenses that provide possibilities. Förderer pointed out that we’re at a sweet spot in time where we have high-resolution cinematography, but not so high that there isn’t plenty of existing glass out there to cover it. Full-frame 35mm stills lenses often provide a big enough image circle to cover larger digital sensors, giving DPs a huge array of optics to choose from. Probst told how Greig Fraser (Rogue One) once carried a bag full of his favourite old lenses on set, choosing one with an appropriate look, then setting his Red’s resolution to whatever that lens could cover.

3D is faltering, high frame rates are unpopular and many DPs are sceptical about high dynamic range, but in the ongoing quest to improve the quality of moving images, it seems certain that we’ll be seeing much more of large sensor cinematography.