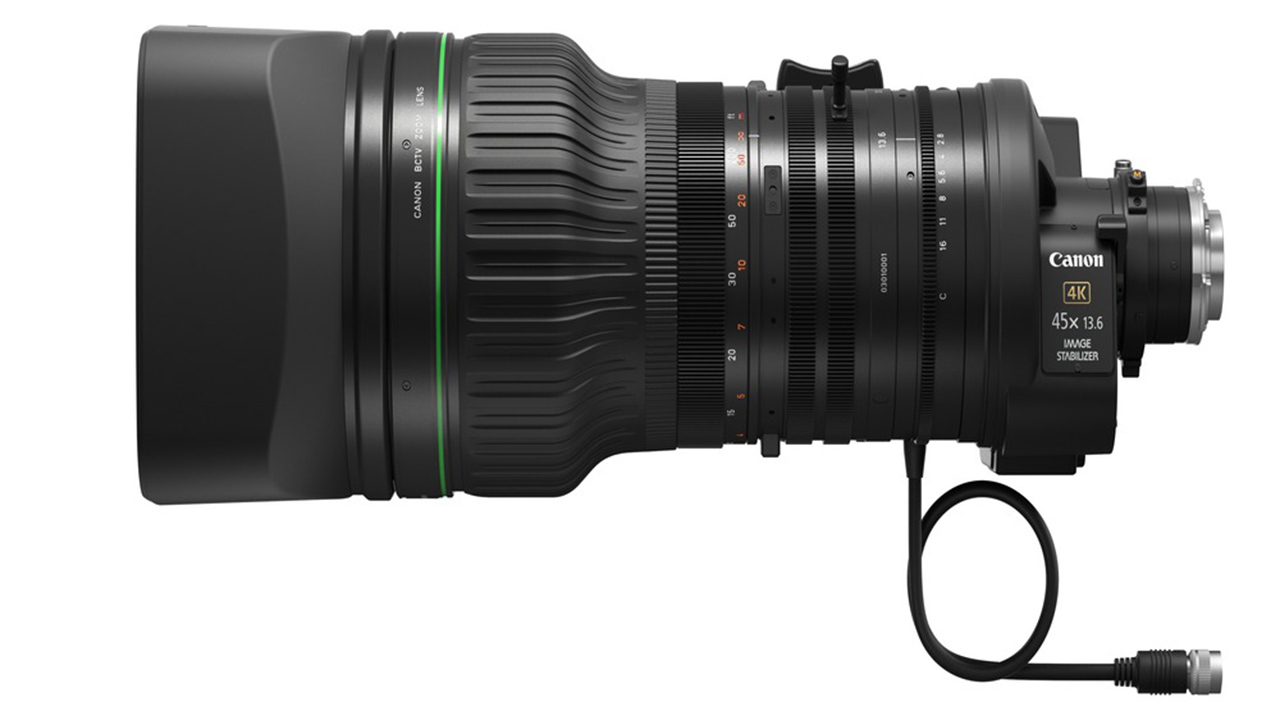 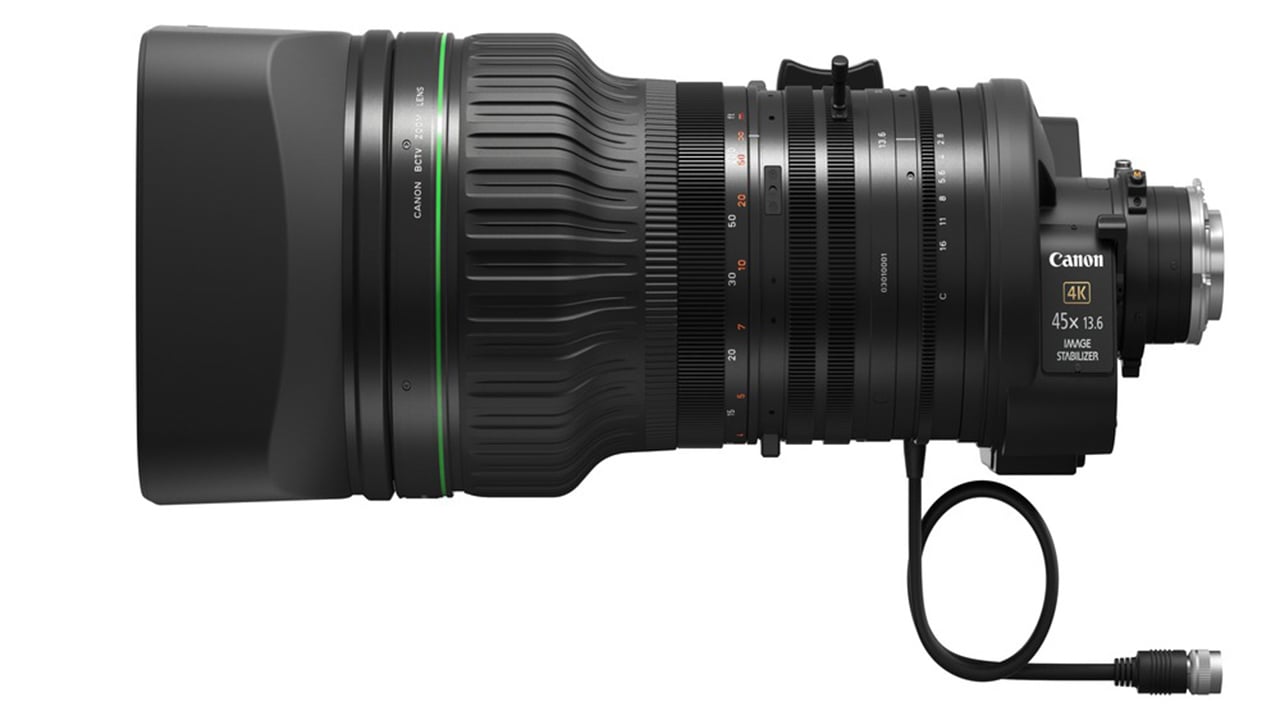 Canon has long been one of the leading names in 2/3" broadcast zoom lenses (alongside Fuji) and it has now released two new portable broadcast zoom lenses that are 4K capable. The new lenses both have massive 45x zoom ratios so that you can quickly go from a wide-angle shot to extreme telephoto. This has obvious applications in situations such as music concerts where you might want to catch detail on the stage and be able to zoom out to see the entire audience without needing to change lenses. Sports, news and natural history might be other applications where the ability to capture the action quickly at different focal lengths might be useful too.

The new lenses are the CJ45ex9.7B and CJ45ex13.6B, and the focal length ranges are 9.7 mm to 437 mm and 13.6 mm to 612 mm, each giving a massive 45x zoom ratio, but that's not where the telephoto power ends. There is also a built-in 2x extender for even greater reach. The extender increases the maximum focal length at the telephoto end of the CJ45ex9.7B to 873 mm and the CJ45ex13.6B to 1224 mm, so you could capture footage of wldlife from a distance where it is safer, for example.

The lenses incorporate Canon's IS technology, an electronic stabilisation technology capable of intelligently detecting and correcting camera movement. The newly updated version is now much more capable capable of stabilising oscillations of the frequency (10-15hz) that you might find when the camera is mounted on a vehicle for instance.

The new lenses are designed for 2/3" 3-chip cameras and have standard B4 mounts. They are 4K capable and make use of a combination of fluorite and ultra-low dispersion (UD) glass for reduced optical aberration. Canon claims that the zooms can resolve the full 4K resolution from the centre of the imaging field to the periphery across the entire zoom range, while at the same time keeping any chromatic aberration in the lenses to an absolute minimum.

There is a 16-bit absolute encoder that outputs extremely precise zoom, focus and iris position information. The data can then be output from the system and used to accurately combine computer-generated imagery with live video.

Canon has made a video about the lenses which you can see here: