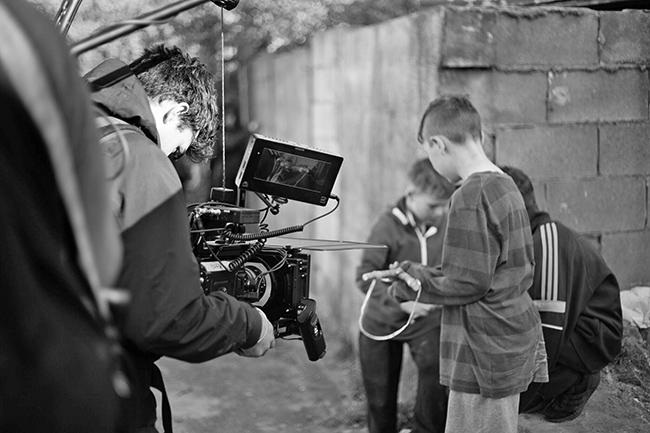 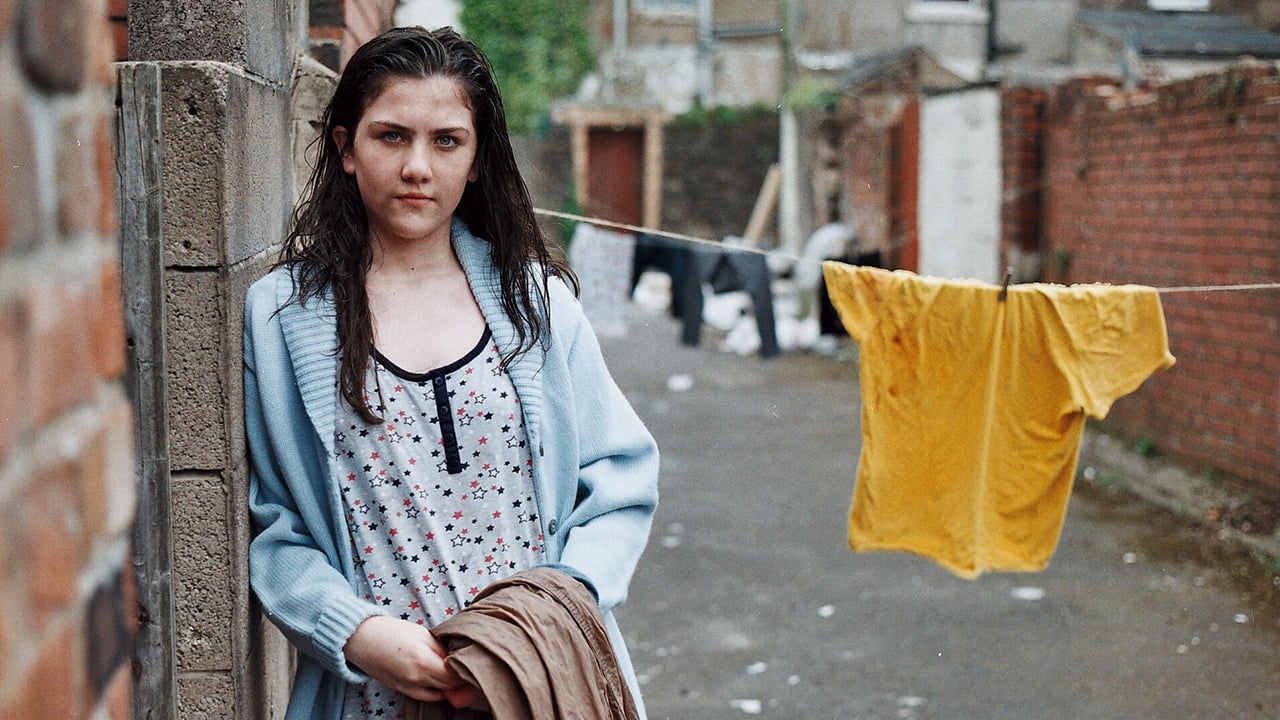 The capabilities of the 4.6K Blackmagic Ursa Mini are widely lauded. DP Chris Spurdens writes about his experiences using the camera to shoot a broadcast drama for the UK's Channel 4.

I recently had the opportunity to partner again with writer and director Aaron Dunleavy on his latest short film Strays commissioned by Channel 4’s Random Acts.

Our previous work together had been quite conventional in style, and so he took this as an opportunity to develop something a little different. This film is definitely darker than either of us first anticipated, exploring some quite sinister and challenging themes.

His previous shorts have always explored the darker side of youth, but this film was an opportunity to take a different angle on that; supported by cinematic visuals, locations, costume and sound design.

Inspired by the book Lord of the Flies, Strays explores what would happen if a similar story took place on the streets of Blackburn, with feral children running wild without rules or boundaries. 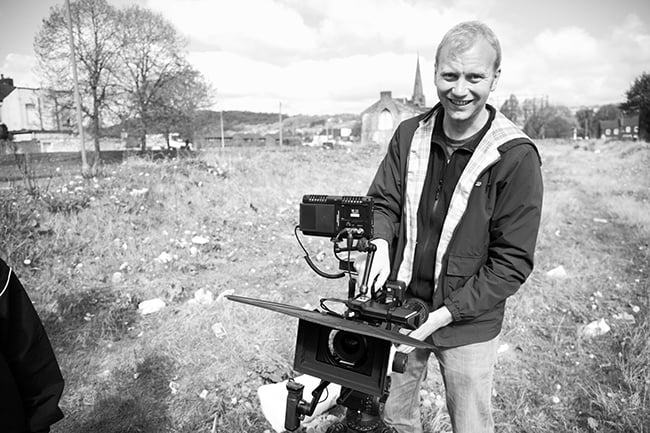 The cast on this production was much larger than anything we had been used to working with previously, with more than 600 parents submitting application for their children to be involved. Our first job was to whittle that down to just 50.

We didn’t have the time or resources to set up audition sessions and so all of the children had to be selected from photographs. As the film had no dialogue, Aaron was confident that between us, we could bring out strong performances without seeing any auditions, and so the cast was selected purely based on a photograph.

Most of the cast had never been in front of a camera before and so our next task was to create a set environment where the crew were almost invisible. That often meant that we wouldn’t call action or slate, but would capture moments in a natural and unimposing way. 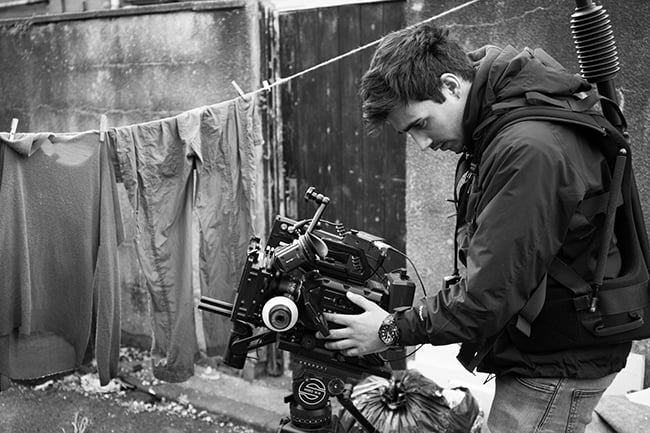 As all Aaron’s work is heavily improvised - not just in terms of dialogue, but also action and staging. Lots of the moments I did manage to capture during the course of production only happened once, and that takes a great deal of trust and understanding between director and DP in order to work this way.

For me, shooting improvised performances is not without it’s challenges, and at times proved demanding. The local children who played the characters had little, or no acting experience to speak of and so their movement was very spontaneous and at times, unfamiliar; it takes an unorthodox approach to capture those moments.

I have worked with Aaron on his previous two short, The Truants and Throw Me to the Dogs, and so we’ve been able establish a strong working ethos. That shared understanding between us definitely helped to cultivate some really unique moments on camera.

Another, perhaps inevitable challenge, was how to approach lighting an improvised production, particularly the exteriors. To tackle this we relied on as much natural light as was possible, although arguably, that created our biggest production challenge. Sunlight would constantly peer in and out of the clouds, and when combined with a sometimes restless cast, it did have the potential to cause us some big headaches.

We overcame that by choosing to shoot solely in the morning. In doing so, we avoided harsh sunlight and unwanted clipping of exposure while also allowing us more flexibility when it came to improvised movement. The cast for example were encouraged to wander and explore the set during a take. That in turn meant that we needed to kept the process and setup as simple, and as mobile as possible. 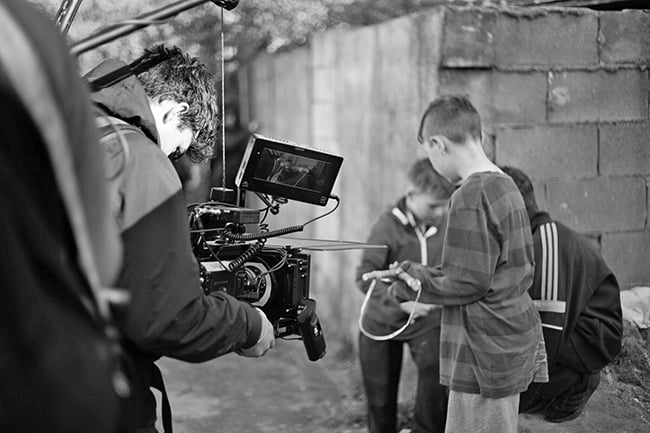 In terms of camera selection, we chose to work with the 4.6K URSA Mini for the first time, moving away from smaller DSLRs and mirrorless cameras we’d worked with on Aaron’s previous short films. Rigged with a shoulder kit and viewfinder, we also made use of a Shogun external monitor.

Stepping up to shoot with the URSA Mini was a huge deal. Without even mentioning the obvious benefits of improved image quality and recording formats, the production process improves dramatically, and as a tool a professional cine camera such as the URSA Mini enabled a much more flexible workflow.

We rigged up the camera with a whole range of accessories - including an ARRI Mattebox with 4x5 ND Filters, a Teradek wireless transmitter and an Easyrig camera support. It’s an incredibly versatile package, and proved highly adaptable. It could be small and lightweight if required, or built up into a fully fledged cinema rig when needed.

And because of its lightweight properties, I was able to keep the camera handheld for long periods without rest. This was an important aspect of the job for me, especially when shooting improvised performances.

We captured in ProRes 4444 at 50fps with off speed recording enabled, which allowed us to watch the rushes back on set in slow motion as intended. We shot for an aspect ratio of 2.35 to achieve a more cinematic feel, with the higher bit rate flavor of ProRes giving us plenty of freedom in post production for color grading, reframing, scaling as well as the option for stabilization.

We shot everything at 50fps to help create a more surreal, slow motion effect. My audio set up was minimal, relying on a boom operator with a mixer to record folio as with no sync sound. The team recordist rolled sound while we were shooting and was then given time after takes to record wild tracks of the kids onset, the rooms and exteriors.

Series 4 of Random Acts returns to Channel 4 in the UK this Thursday.