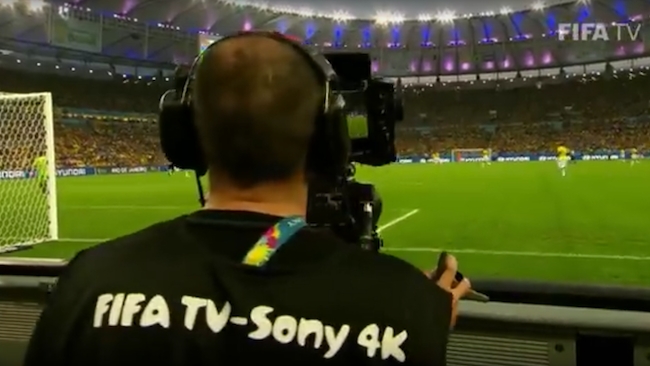 Major sports events are often the litmus paper that tells us which way the industry is heading and news that next year’s soccer World Cup from Russia will be available in 4K HDR underlines its official annotation as Format of the Future.

One thing that industry sites such as RedShark always do well to remember is that we work in a slightly rarefied bubble. We can blithely talk of the 4K and the 8K future, but the reality out in the marketplace is somewhat different. Even in countries such as Germany new TV channels find themselves having to include SD transmission plans otherwise they severely limit their viewers.

So, it’s good to see that the broadcast plan for next year’s FIFA World Cup includes provision for all 64 matches from the Tournament to be broadcast in 4K HDR. Especially when you put that in context with last year’s Summer Olympics from Rio that featured more Stereo 3D than it did 4K. Hell, it even featured more 8K than it did 4K…

“The UHD programme will benefit from its own wider-framed main camera along with the addition of immersive audio, offering the UHD/HDR viewer a far richer experience than ever before,” says FIFA.

There are inevitably a few details missing from the plan at the moment, primarily covering the amount of uprezzed HD the UHD broadcast will contain (and given the 10 super slo-mo and ultra slo-mo cameras at each game, there will definitely be some). Plus, of course, there’s the small detail that just because the 4K HDR feed is available, that doesn’t mean that you will be able to see it. Many of the broadcasters currently showing sports in 4K are Pay-TV outfits, and the World Cup rights tend to be held by national public broadcasters.

But it does show a lot of progress in the four years since the last tournament. Then, a mere three matches were captured in 4K 60p by a specialist Sony team. All in all, three to 64 is fairly impressive progress.