How to light when your eyes are deceiving you 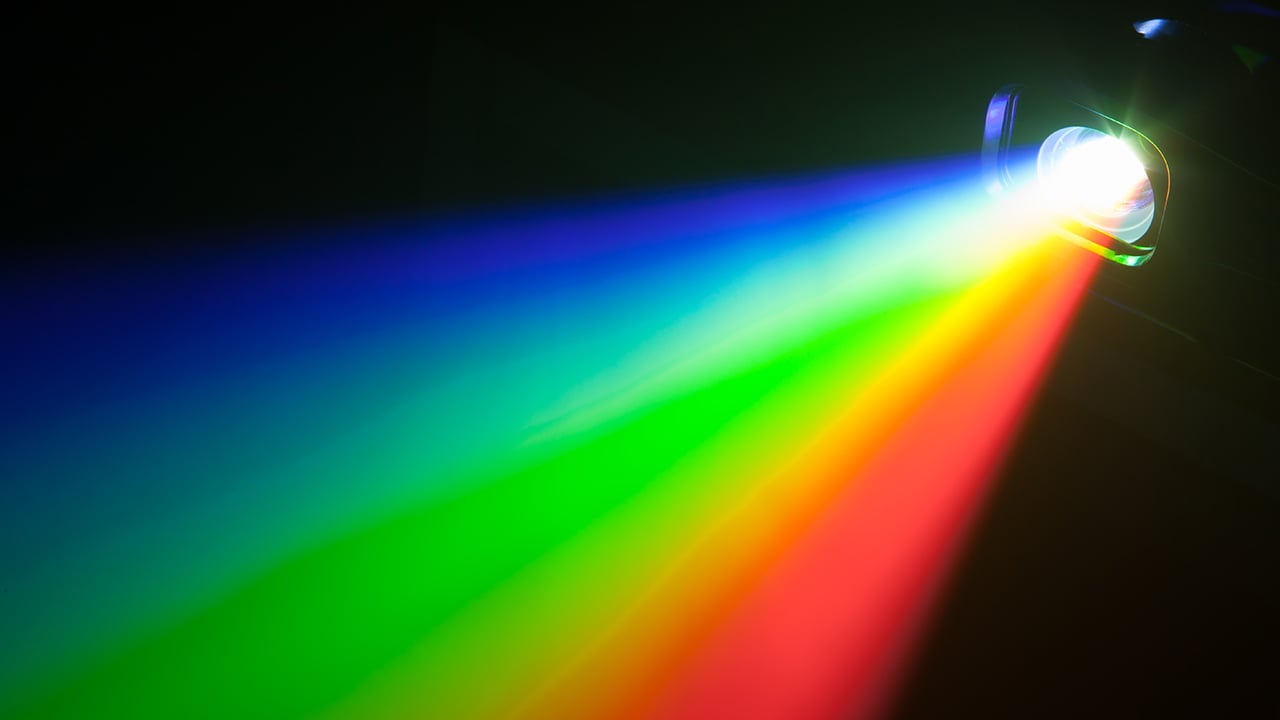 The quality of the light that you utlise for shooting is important. But even the best lights cannot overcome the limitations of your own ability to judge colour. Phil Rhodes looks at situations where accurate colour reproduction could be problematic, and why full spectrum light is so essential.

Here's the problem: cinematography, like any sort of photography, is an art form and it attracts artistic people whose temperament isn't often inclined towards the technical minutiae. That was probably a problem in the past when stills people would often be expected to do their own processing. It is certainly a problem now when we have lights that look one colour to our eyes but another to the camera. This, therefore, is the entirely artistic, non-mathematical photographer's guide to why some types of light make our pictures look rotten and how to identify and avoid them. 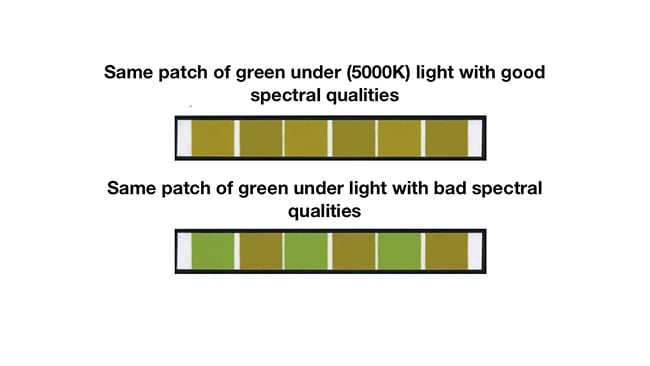 So, if our eyes can't tell the difference, what's the problem?

Well, the problem is if (for instance) someone's wearing a really dark blue shirt. If the colour is really intense, it'll only reflect a pretty specific colour of blue. Some light sources, such as those made for stage and event work, are made up of red, green and blue light sources mixed together. To us, they look white, but if the shade of blue that relects off the shirt is really different to the shade of blue that's in the light source... well, the shirt just looks black.

In reality, it's fairly unusual to find lights for film and TV that are made up of red, green and blue elements, at least without also including elements that are supposed to emit white light. It's also pretty rare to find objects which reflect only very specific colours. Both things happen to some degree, though. A famous example involves colours like teal, which reflects a proportion of both green and blue. If a teal object doesn't reflect enough green light, it just looks blue. If it doesn't reflect enough blue light, it just looks green.

The biggest problem is always skin tone, and that's because the colour of (living) humans is determined to a great extent by the fact that skin is a bit transparent and we can see blood through it. Blood in (live) people is a fairly deep red. Some lights, particularly cheap LEDs, lack red, which is why they can look cold and cyan-ish. Lights for interior design often just emit a lot of orange light to compensate, which makes them look fine to the eye, but there's so little red there that humans end up looking — well — unhealthy.

So, that's why we have these problems. We can't easily see the difference between white light that includes all the colours and white light that has colours missing. We also can't tell exactly which colours an object reflects, at least under white light. Between those factors, there are big enough issues to cause real-world problems if we're trying, for instance, to show off a piece of fashion or a carefully-designed corporate colour scheme, which are things people encounter all the time.