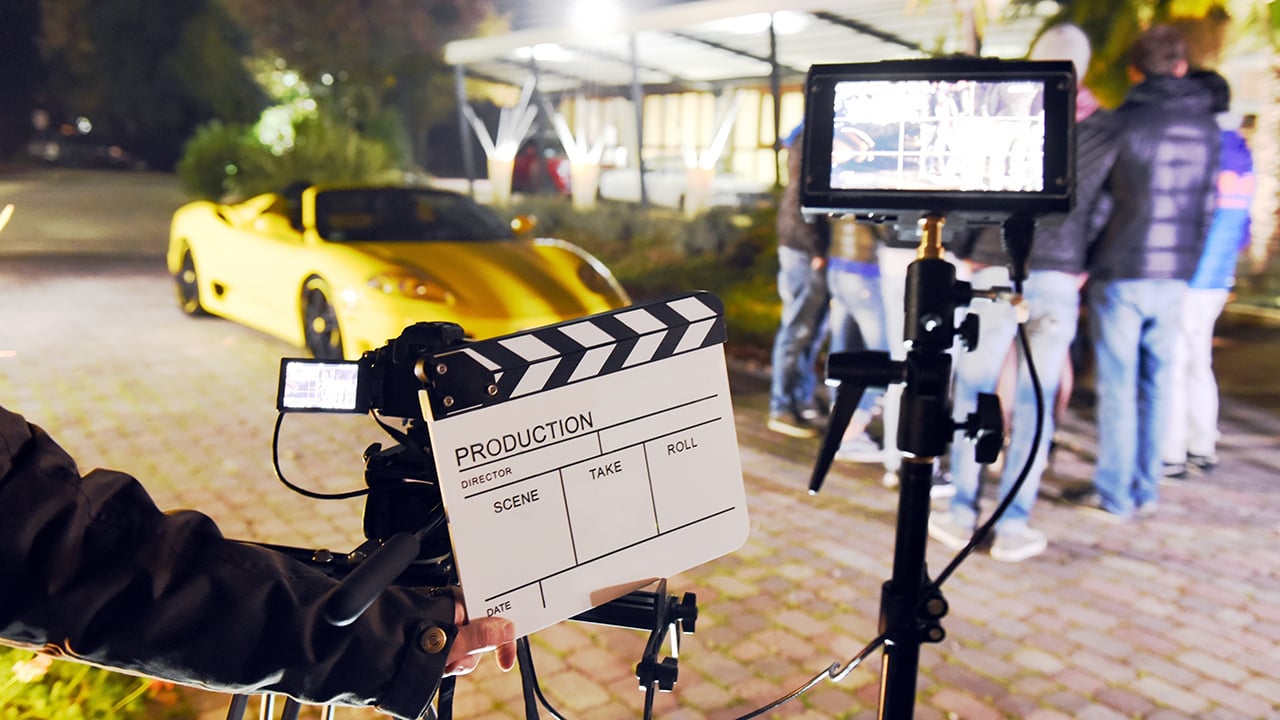 Want to make sure your day on set goes smoothly? Neil Oseman is on hand with more useful tips on how to deal with the day-to-day tasks of a shoot.

In this article, I’m going to take you through a typical day on set as a director of photography on a low/medium budget feature. I hope this will provide a useful insight for those readers aspiring to work as a DP, or looking to move up from the micro-budget world where things are much more ad hoc.

I like to start the day by looking at some inspirational images. These might be references specific to this production that I’ve collected during prep, or more general works of art, photographs or frame grabs that get my creative juices flowing.

Over breakfast, I will re-read the day’s scenes, along with my notes regarding them. Often, I’ll get together with the director and perhaps the 1st AD (assistant director), to walk the sets before the crew descend on them at call time, or discuss the plan for the day.

Learn from the previous days shoot

Another thing I like to fit in before call time is a review of the dailies. If there isn’t an official screening of the previous day’s rushes, I may take a copy home each night to watch or pop into the editing suite if possible. This is the only way to tell what is really working in the cinematography and what isn’t, away from the stress and adrenaline present when the material is actually being recorded. Perhaps the style of lighting isn’t quite working for that actor’s face, or that filter is causing a ghosting effect. It’s important to take in the successes and the failures and learn from those going forwards.

When call time arrives, the cast will assemble on set to block the first scene. Sometimes the broad strokes of the lighting will have been put in place, either by a splintered lighting crew the previous day, or by pre-calling the lighting crew that morning, but often I’m starting from scratch.

As the director rehearses the talent, I’ll be observing with Artemis, a director’s viewfinder app which can simulate the field of view of any lens in my kit, searching for the best angles. If there is a shot list, I’ll check that those shots are going to work with what the actors are doing. Once the blocking is over, I’ll show the director the screen-shots I captured on the app.

Once we’re both agreed, we’ll finalise the order in which the angles will be tackled with the 1st AD. Usually, this will be the wide shot first, so the whole scene is in the can and everyone knows where they are. Then the coverage will be captured in the most efficient order for lighting, so everything in one direction will be shot out before reversing to look the other way.

The 1st AD will then ask me for an estimate of how long it will take to light. (I must confess that my estimates are woefully optimistic, but many ADs expect this from DPs and add at least fifteen minutes in their head!) This done, they dispatch the cast (“first team”) to costume and make-up and turn over the set to me, and often the art department as well if they have dressing to do.

I will confirm the camera position, lens and any filters to the 1st AC (assistant camera), but often they will have looked over my shoulder at Artemis and paid attention to my conversation with the director, so they’ll be ahead of the game with the setup. The 2nd AC will have placed marks during the blocking so that the 1st AC can measure focal distances.

Typically, the gaffer will know generally what I’m going to want from the lighting, having discussed it in prep and I’ve maybe whispered a few things to them during blocking as well. I tend to be quite specific about the lamps that I want to use, though I’m starting to realise it’s often better just to say, “I want a warm soft light from this direction” and let the gaffer use their own judgement as to how to achieve this.

Above the micro-budget level, DPs are not required to physically set up anything themselves. This may mean a tea break, but more likely the director will want to go through some ideas for the afternoon’s scenes, or the 1st AD will want to chat about tomorrow’s call sheet or the location manager will want to show me a possible field behind the studio for next week’s scenes. However well the production has been prepped, the goalposts will always shift during the shoot and as the DP, I will be expected not just to keep up but to plan ahead and modify those plans as required.

Returning to set, hopefully, the production has provided stand-ins (“second team”) for me to test the lighting on, but often they haven’t and any crew members at a loose end are drafted in. If there is a camera move, I’ll try that out at this stage too.

This time when the set belongs to the DP is the creative core of the job and it is precious. Once the first team comes back, the pressure will be on to move through the material. When I move to new angles I will be expected to tweak the lighting in a few minutes, expect perhaps when it comes to the reverses. So it’s important to make the most of my time when lighting the master shot, and to try to foresee any issues that might arise with later angles. If extra equipment might be needed for the reverse, for example, I’ll make sure the gaffer is aware and can be prepping it in advance.

Prepare for the unexpected

When I’m ready (or when I can no longer fend off the 1st AD!), the cast will return and shooting can begin. Ideally, there will be a camera rehearsal or two beforehand, but increasingly directors and ADs just want to “shoot the rehearsal”. The danger here is that actors often give their best performance on the first or second take and if the focus pulls and camera moves have not been technically rehearsed, then that performance may be rendered unusable. Unfortunately, even productions that start off with the best intentions of rehearsing properly seem to end up shooting rehearsals when they’re behind schedule, in an effort to get back on track. For this reason, a 1st AC who can improvise their focus-pulling is invaluable.

Know when to retake, and when not to

At the end of each take, I’ll tell the director whether I was happy from a camera and lighting standpoint and the 1st AC will let us know of any focus issues. I generally don’t request retakes unless something’s gone badly wrong. Long experience has taught me that the editor will always choose the best take for performance, regardless of any minor camera wobbles or dodgy lighting, so I’m not going to waste time insisting on another take which won’t get used. The important thing is for the director to get the performance they want. Having said that, it’s my job to flag up any cinematography fluffs so that it’s the director’s decision whether to go again or not.

Once the director is happy, we’ll move onto the coverage, tweaking lights if necessary, and the cycle continues until wrap time.