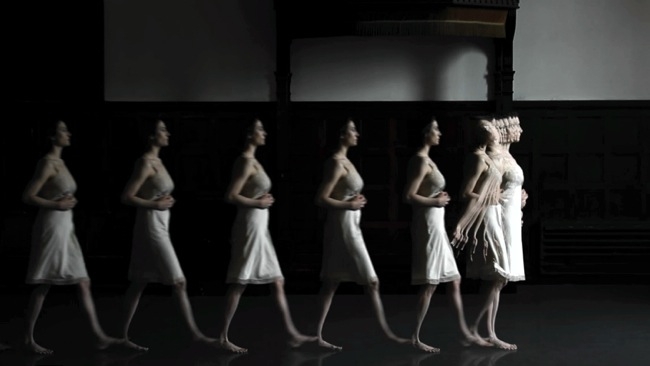 Delay and echo are common effects in audio - but not so much in video. But here's a stunning example of how to use a time delay for a very special effect

This balletic video uses a technique that is not often used, and when it is, is very hard to get right, or to look good.

It's essentially a "visual echo". Each frame is delayed by a certain amount and then repeated. With either the right lighting, clever compositing, or both, it can turn a single dancer into a whole ballet team.

What makes this even cleverer is that the delays have been synchronised to the music, so each "echo" dancer also appears to be in time.

The work of Filmmaker Michael Langen and dancer Terah Maher ultimately takes the viewer out of the video domain and into something that is neither possible in the real-world nor looks like an overtly cheesy video effect.

By the way, I dimly remember seeing an effect that was related to this but even more fascinating.

Back in the days when DigiBeta was the latest-and-greatest, someone showed me a clip of a girl (dressed, I think, as Alice in Wonderland), and, while she was still, it looked like a completely normal, well-lit picture. Then she started to turn round. She span on the spot. But not all of her. In fact, the top of her head began to spin first. Then her eyes, then her mouth, and so on, all the way down her body. She looked like she had partially dematerialised and was able to spin like a piece of human-shaped soft rubber in slow motion.

How was it done?

Rather than delaying and repeating successive frames, instead the delay was applied to each line in the image. which meant that elements of the image towards the top turned before the ones towards the bottom.

I'd tried and failed to find this on YouTube, so if anyone else can remember it, or even has a copy - please let me know!

You can read about the ballet film in detail here and you can watch it below: