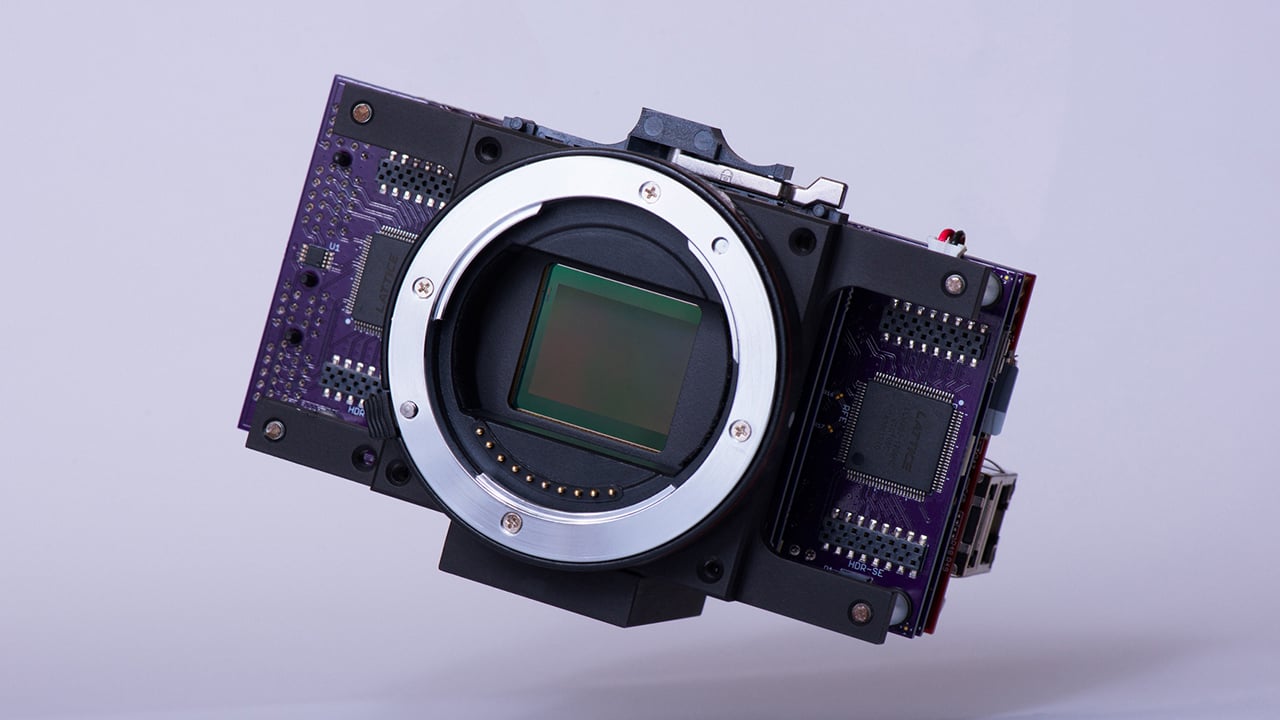 One day, will we need camera manufacturers at all?

Technology has always been an enabler. With more power to prototype and manufacture being placed into the hands of people who in years gone by could not even dream of such things, will open source cameras eventually replace our reliance on the big manufacturers?

With the advent of advanced printing technology, and the open sourced sharing and real-time, internet based development of complicated machining plans, the dawning of a new age of engineering is upon is. Now, more than any time in history, advanced tools have proliferated into the hands of the masses allowing for high grade engineering from small individual enterprises. The era of tech empowered DIY engineering has arrived and impacted industries around the globe. In this new period of development, a do it yourself, open-sourced camera system has emerged, powered by the internet and fueled by the hardware and manufacturing tools available to the tinkerers of today.

Fully circumventing the traditional marketplace for professional cameras, the intrepid developers of today’s 3d printed camera technology seek to create custom devices which would satisfy all the desires of today’s filmmaker or photographer, at a fraction of the cost of the current market leaders. This trend, inevitably could disrupt the marketplace as did the RED One camera at the time of its launch, and as a result bring the costs of higher tech market leaders down. What is required is a viable prototype that can function at a necessary high technical and reliability level. Where the concept of 3d printing camera parts really excels is in the department of innovation.

An open sourced camera system allows for creators to add features they desire to already existing camera parts. This development makes it viable for individual people print their own cameras in the near future from custom or pre-existing plans, but to simultaneously modulate them on their computers in real-time and, after printing out the parts, simply re-assemble them onto the already printed elements of the camera body. This trend encourages the growth of fully modular camera systems.

The SLO camera is a 3d printed still camera whose inventor, has detailed the plans for his design and released them on his website for all to see and tinker with. This allows for the brave garage engineers to download the plans, and using a 3d printer available from a home improvement store, to print out a fully functional camera body. On his website, the inventor features some sample images which can be evaluated. While the results are not high grade in resolution (a result of the difficulty 3d printing an optical lens element), there is a certain dreaminess to the images rendered by the custom printed lens and camera. This demonstrates that readily available, modern technology can be manipulated to create all manner of objects and complex interlocking machine parts. The shutter system of the camera is highly advanced and features the same functional design as that of a working, larger bodied camera system.

The SLO camera is defined by a resin based body. As many common 3d printers of today utilize a type of resin in their printing process, the camera is made from some of the more commonly available printer materials. With some interlocking 3d designs, a basic modular system is rendered, including a lens mount and lens module which is fully interchangeable with yet to be printed designs, as well as an interlocking body made from solid machined pieces of resin. The camera is designed to be printed and assembled by anyone with a 3d printer and a little DIY spirit. The ability to upload the blueprints for a device and have anyone, anywhere in the world print out the device, offers staggering implications for the futures of both consumer and professional technology. This type of world wide communication and the ability to manufacture hardware allows the internet to assume a connective role, fostering the development of advanced technology and knowledge to all.

This development in the direction of the DIY entrepreneur and inventor has led to the internet becoming a burgeoning hub of interaction on the topic of camera tech innovation. This has directly led to the founding of the Axiom beta camera by Apertus which is a forum based, open sourced camera project where engineers and designers of all levels can contribute to the function and design of this camera. This level of audience and project interfacing allows for personal designs and desired technical specs to make their way into open sourced and shared plans for the camera. 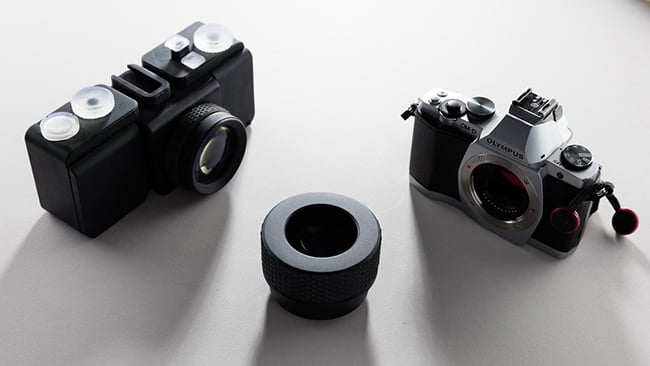 These plans can be accessed by anyone on their site and feature links to the project data on websites such as Github. The technical specs of the camera claim that 4k RAW recording is in development through the HDMI displayport as well as genlock, timecode and LANC shields. The camera will feature 3 different interchangeable sensor modules, allowing for modularity and flexibility as well as 3x full hd hdmi outputs with 4:4:4 color sampling at 60fps. These specs are impressive indeed, and the camera also allows support for LUTS and offers two different types of global shutters and three variations of global shutter systems. The sensor sizes range from Super-35 to 4/3’s to 2/3’s and offer up to 12-bits of color information. These specs are mighty indeed and if brought to market, would represent a uniquely powerful toolset to the modern filmmaker.

The idea for the Axiom company was born out of an early dvinfo forum. Ironically enough, RED cameras was born of an early 90’s forum as well, as current company president Jarred Land was an avid forum poster in the early days of digital video and linked up with the current team through the interlocking network of communication that is the world wide web. This DIY approach to the hardware of camera systems and the development of relevant technology is not dissimilar from the rippling, disruptive pricing effect that the RED One camera’s debut in the marketplace offered the cinema industry of the time.

Debuting the RED one, the first mass market 4K camera system was brought to consumers at a controversial price point to the then astronomically priced cinema camera market leaders. The modular company started by ex-Oakley founder Jim Jannard was able to gain significant market traction as an alternative to the industry titan Arri. This same disruptive strategy is what propels the DIY and community based networks to push the narrative of the tech industry forward and reflects the same desire for greater specs at a lower cost to the creator. 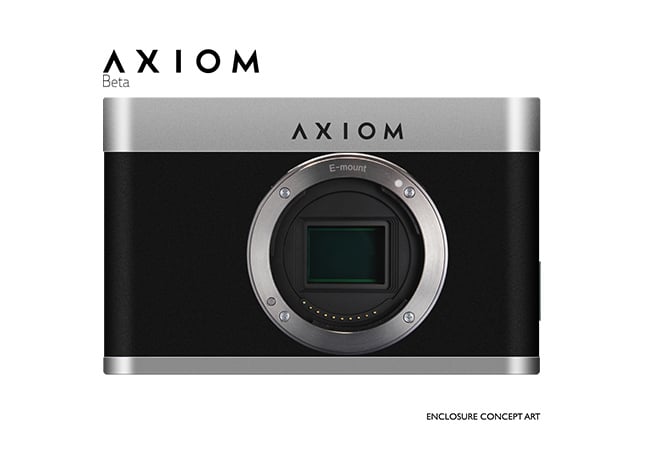 This community based development takes the power away from corporations by forcing them to keep pace and innovate while adjusting price points to match the market. The disruptive, DIY community of web-based camera development is fully representative of the internet’s ability to affect the professional conversation and development of technology. With impressive specs and demo videos, the Axiom beta camera appears to be a device to be reckoned with. As often suggested in online communities, it is suspected that camera manufacturers often deliberately limit their lower tier prosumer products in an effort to stratify their “pro” gear offerings and still be able to sell it for a significant premium.

With 3d printing and open source technology, it is only a matter of time before this effort to keep high grade precision tech out of the hands of the prosumer market fails miserably in favor of a user defined and manipulated ecosystem perpetuated by the needs of the community. As an example of the original intent of the internet, this is a microcosm of the potential of the web to bring together vastly different people under the purpose of innovation and collaboration. Truly melting borders, the internet allows for global communication to blossom into tangible hardware, and now fully functional 3-dimensional cinema cameras..

These communities of forum based inventors and tinkerers online have also led to the development of garage based anamorphic lens companies, a high speed, 3d printed camera (Chronos) which, although currently in a standard definition beta, offers a viable alternative for science and medicine to the very expensive Phantom series of slow motion cameras. The internet thereby acts as an accelerant in the development of advanced and specialized technology. This discussion based environment functions as a system of direct feedback from user to developer. This is spurring the generation of entire DIY industries of inventors who are circumventing the traditional manufacturing processes and creating devices of great power and technical specifications from their home offices. This monumental shift in technology takes the control away from the studio system and traditional camera manufacturers and firmly places the power in the hands of the creator and online based, forum communities.