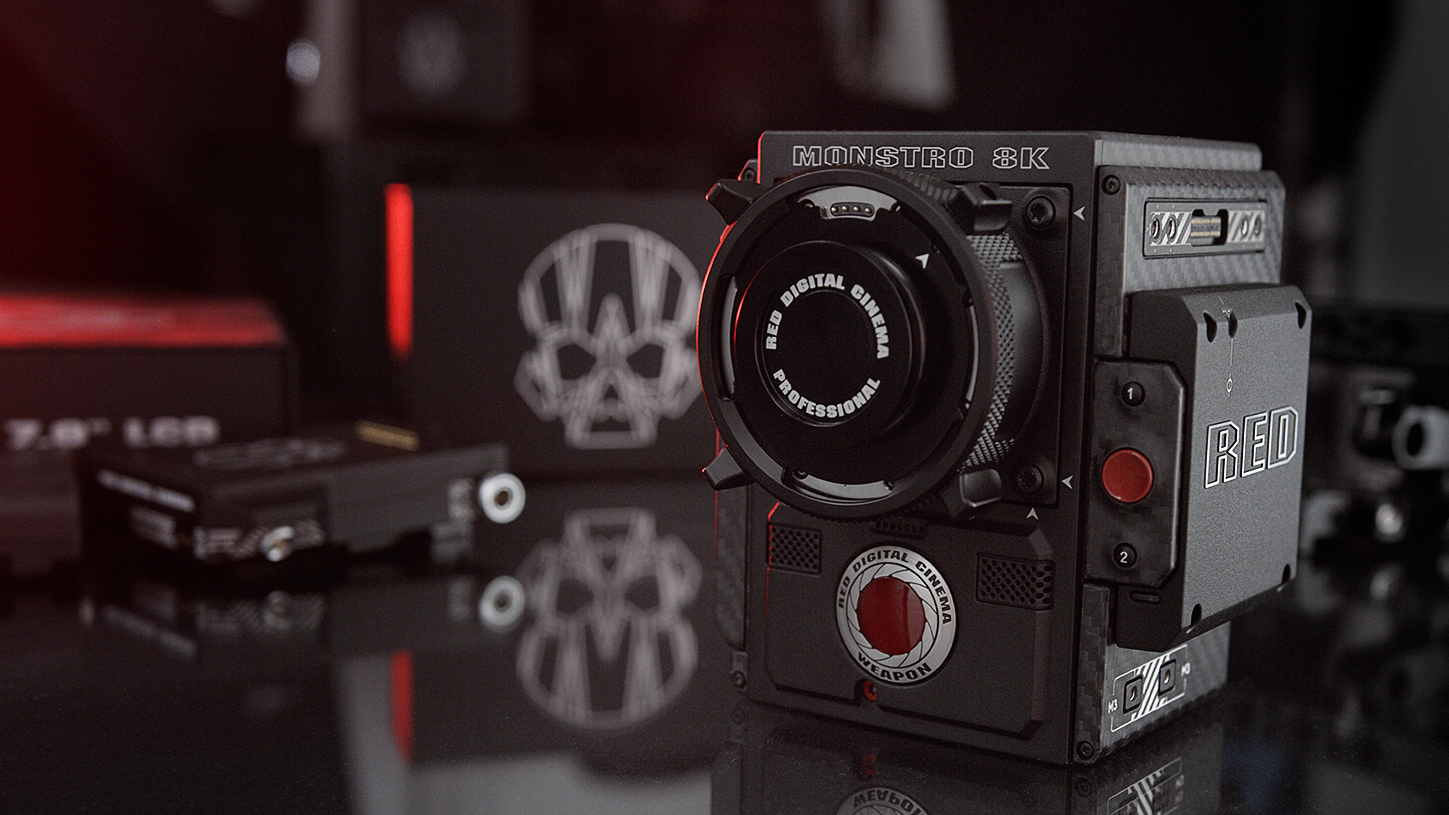 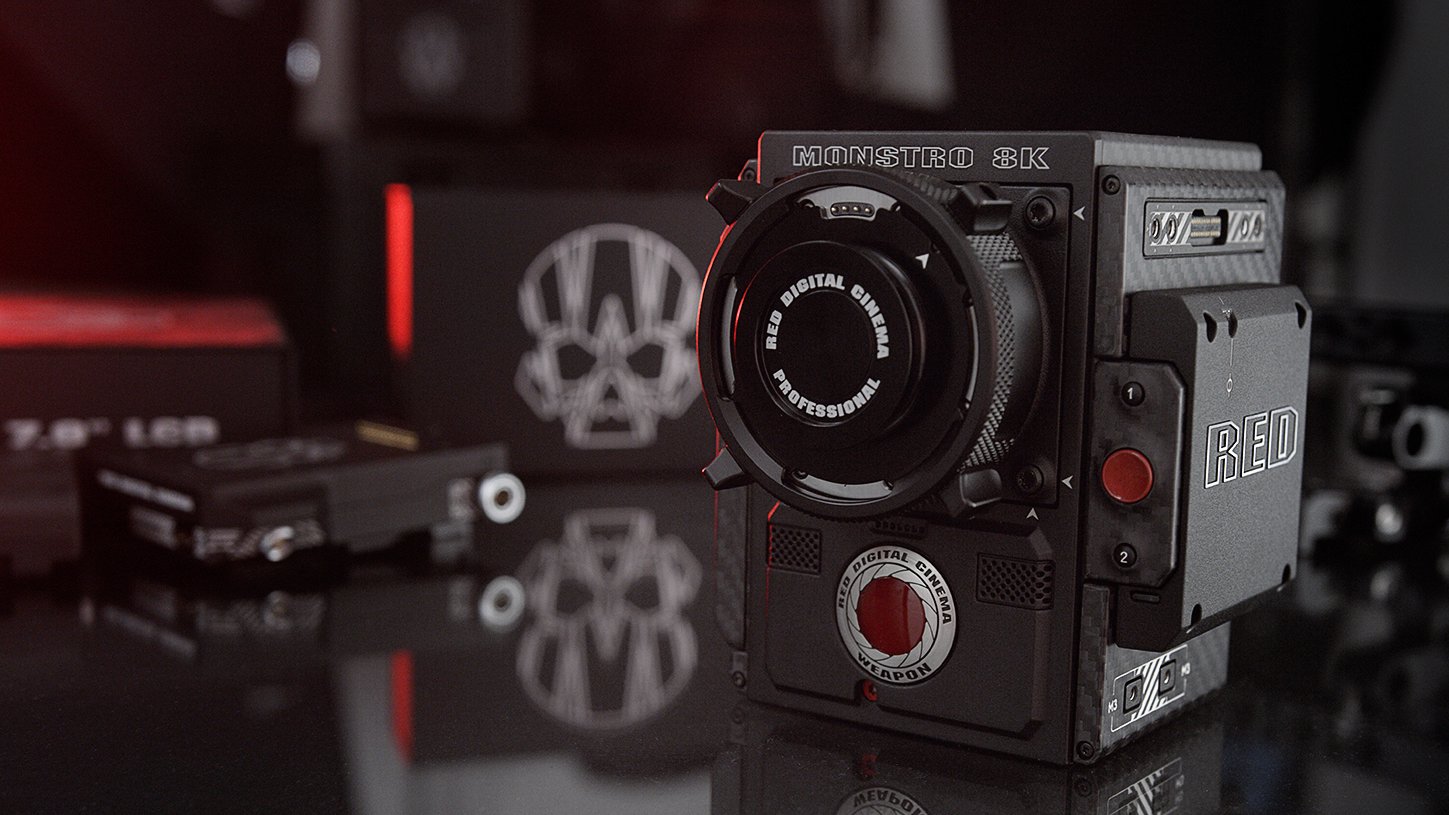 Completely out of the blue, in the middle of the night (in Europe) or early evening (if you live in the USA) RED Digital Cinema has announced its latest sensor. And it's a big one, in every sense.

The new MONSTRO 8K VV is full frame, 8K and is an "evolutionary" step beyond the DRAGON 8K VV sensor. It will capture 8K at up to 60 fps.

Improvements include increased dynamic range, shadow detail and overall image quality. Dynamic range is claimed to be 2/3 of a stop greater than the DRAGON sensor.

Full Frame is increasingly being seen as a requirement by some in the industry, as it offers flexibility in lens choice as well as sumptuously shallow depth of field where it is called for.

While there are mixed opinions about the absolute necessity for 8K, RED has run with this extreme resolution, moving it from barely experimental to virtually routine for high-end productions.

In common with RED's other DSMC2 cameras, WEAPON cameras with the new MONSTRO sensor will shoot simultaneous REDCODE RAW and Apple ProRes or AVID DNxHD/HR.

The new camera/sensor combination will also shoot 35.4 megapixel stills making it a tour-de-force in the still photography market as well: every 8K frame is available to export as a high resolution still photo. We think this type of photography will become an increasingly important element in future professional work.

“RED’s internal sensor program continues to push the boundaries of pixel design and MONSTRO is the materialization of our relentless pursuit to make the absolute best image sensors on the planet. The Full Frame 8K VV MONSTRO provides unprecedented dynamic range and breathtaking color accuracy with full support for our IPP2 pipeline.”

The MONSTRO 8K VV will replace the DRAGON 8K VV in RED's product range. Currently outstanding orders for DRAGON 8K VV cameras will be offered with the new MONSTRO sensor from today. New orders will start to be fulfilled in early 2018.

There's also a new comprehensive swap-out service called RED ARMOR-W, which, in addition to the original RED ARMOR, will give enhanced protection and will include one sensor swap per year.

In another significant improvement, RED's Enhanced Image Processing Pipeline (IPP2) is now available in-camera with version 7.0 of the firmware for all cameras with HELIUM and MONSTRO sensors. IPP2 is a sizable improvement including smoother highlight roll-off, more effective management of difficult colours, and an improved demosaicing algorithm.

This announcement shows RED consolidating its position as the current masters of 8K cinematography. It's a show of confidence in this super high resolution format that sends an important message to the industry: 8K full frame cinema acquisition is a practical proposition.

It's worth taking a reality check here. We have genuinely reached a stage where a video camera can create images in which every frame has as much detail as all but a few high-end professional still cameras, and where the ability to work with rich, detailed and accurate material with sixteen times the resolution of HD is almost routine.

This is truly a staggering achievement.