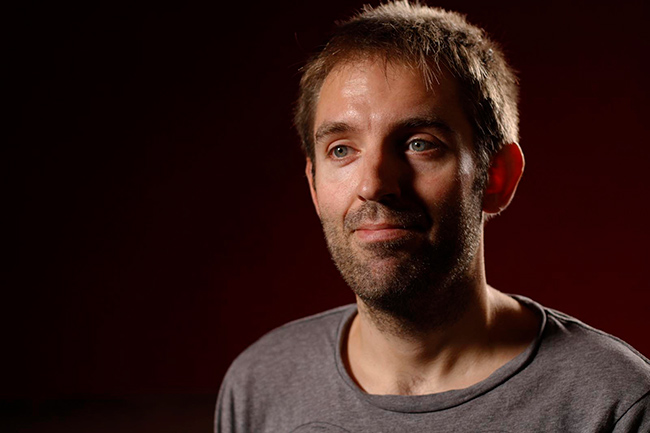 RedShark Review: LED lights just get better and better, and their light output is becoming ever more powerful. Neil Oseman gives us his thoughts on the Litepanels Astra 6X Bi-color LED light.

LED technology has had a big impact on lighting over the last few years, from huge Hollywood productions like Guardians of the Galaxy stuffing their sets full of LED practicals, to low budget productions where 1x1 panels have become as ubiquitous as open-face tungsten. I always try to have a couple of these panels on the truck as they can come in handy in so many situations, from filling in faces on an overcast day exterior to illuminating patches of deep background on a night exterior. It’s so easy to put a battery on them and fly them into position; they can plug a hole in your lighting set-up in less than a minute.

The original Litepanels Bi-color units are usually my go-to model, so I was very interested to get my hands on the new Astra 6X, so named because its intensity is apparently six times greater than the original model.

Like the first Litepanels, the Astra 6X is a 12”x12” unit with a dimmer and a colour temperature that can be set anywhere between 3,200K (tungsten) and 5,600K (daylight). It can be powered by mains or batteries.

However, a few differences were noticeable straight out of the box. Whereas the original Litepanels were metal, the Astra’s housing is completely plastic, with a curved, flowing design. This has a weight benefit but must inevitably affect durability.

The mains power unit is clipped onto the yoke, rather than screwed onto the back of the panel as with the old models. It is also possible to affix both the power supply and battery brackets simultaneously.

Turning to the front of the fixture, a different style of optics is immediately apparent. The LEDs are covered by a frosted panel which appears to be a mosaic of tiny lenses.

Switching on the unit, I was amazed at the intensity. It’s significantly brighter than any 1x1 panel I’ve seen before and quite dazzling if you look straight into it! At a distance of 6ft, I metered the light at a T16 at ISO 800 (400 foot-candles or 4,306 lux). According to Arri’s Photometrics app, that’s about the same as a 1K tungsten fresnel on full spot. When you consider that the 6X draws just 105W, one-tenth of that fresnel’s power, the benefits are obvious.

This level of output opens up new possibilities. In the past, it was hard to bounce the light from 1x1 panels because there wouldn’t be enough intensity left to make a reasonable stop. Using the 6X for interviews or other close-up work, you would have the flexibility to control and shape the light however you wanted and still be able to get a good exposure.

You could easily light a small night exterior with two or three of these panels if you had to. I took one outside after dark and was able to lighten the whole garden with it; at 40ft I was still getting a T2.

For day interiors I can also see them being very handy. They’re powerful enough to bounce off the ceiling and raise the ambient level by a significant amount — useful when balancing with a bright exterior, for example.

The dimmer goes from 0-100% and is fairly smooth throughout the range, with no sudden jumps and no visible flickering at lower intensities. This is useful for dynamic lighting effects, such as off-screen TVs or fireplaces.

The impressive power of the 6X requires a built-in fan to cool it. The less powerful 3X doesn’t have one, and the 6X’s can be disabled, but only when it is dimmed to 50% or below. It’s no louder than a typical camera fan, but for a quiet interior scene, it’s possible that it might trouble the sound department a little.

The most important thing about an LED panel for me — and I suspect many other DPs — is the spectral quality of the output. Vitec gives a CRI (colour rendering index) of 95 for daylight mode and 98 for tungsten. Most manufacturers are claiming high CRI’s these days and it’s actually quite a crude measurement, so — unless you have a spectrometer — the best way to assess the quality of colour is by eye. 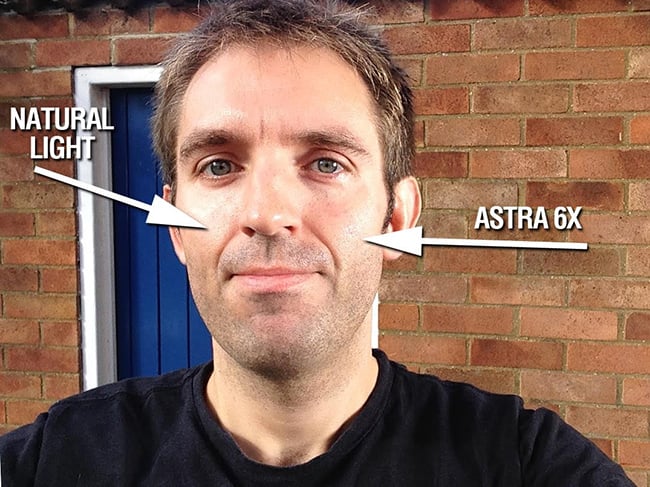 A comparison between natural light and the Litepanels Astra 6X

To me, the colour of the Astra’s light in 5,600K mode is very similar to that which you would get from an HMI. As you can see in the comparison image where I’m lit by the Astra from one side and natural light from the other, the colours are very authentic. There are certainly none of the nasty green or magenta spikes that I’ve seen from other makes of LEDs. I’m usually very cautious about using an LED fixture as a key light, but I believe an Astra would be up to the job. Similarly, in tungsten mode, I struggled to see any difference in colour from the light of a genuine tungsten bulb. 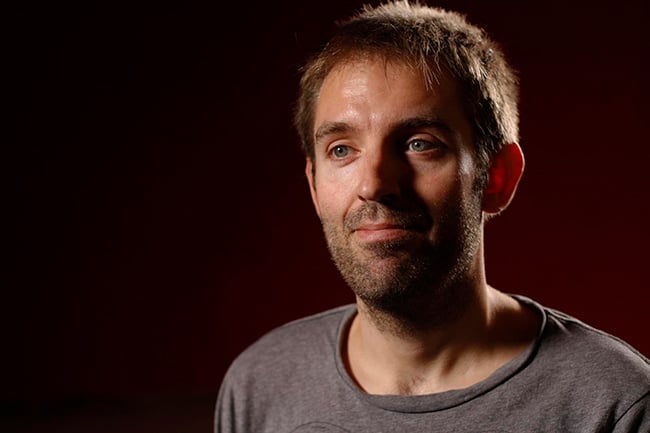 There is one feature I have seen on less expensive 1x1 panels which I’m surprised Litepanels haven’t adopted: barn doors. Barn doors are incredibly useful for doing a bit of basic light shaping and of course for attaching gels and diffusion too. There are ridges at the top and bottom of the panel, but my croc crips didn’t want to stay on them! It seems like gaffer-taping gels on is still the only option, which is less than ideal.

Overall, though, I was very impressed by the Astra 6X Bi-color. Extremely powerful, with pleasing colour rendering, smooth dimming and decent build quality, it’s a unit that could be equally useful as a workhorse flood or as the basis for a beautiful soft key. At £1,620 inc. VAT it’s a significant investment, but anyone who sets up lights will get a great deal of use from it.

With thanks to Top-Teks for supplying the review sample.