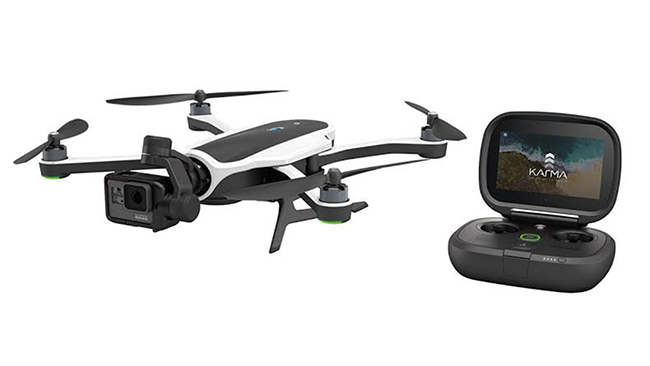 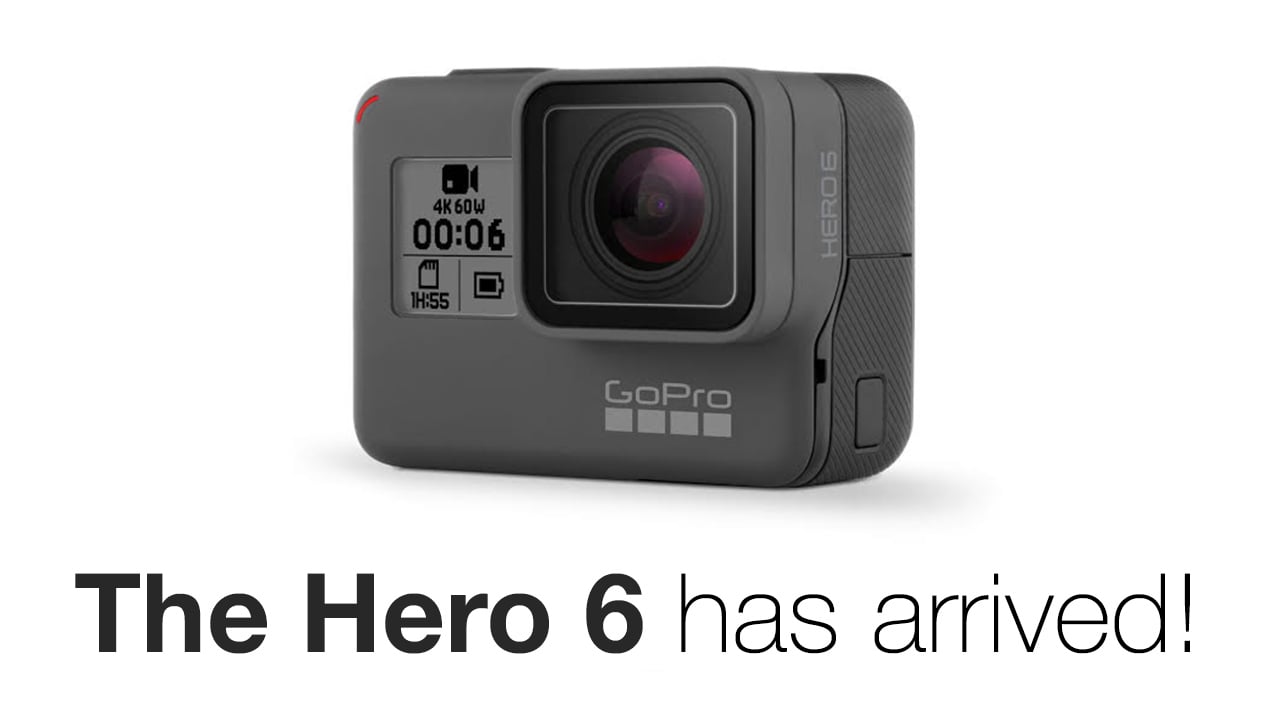 It's been eagerly awaited, but GoPro has now unveiled the latest in its Hero series of cameras, the Hero 6, replete with an all new custom GoPro designed processor. George Shaw gives us the lowdown on this and the other new product announcements from the company.

Today at a special event in San Francisco, GoPro announced the next generation Hero 6 action camera. With a brand new custom designed processor, this GoPro could be the most powerful yet. But it is more than just a “dot upgrade?” Maybe, but sometimes that sets you up for a better model down the road.

Specs of the GoPro Hero 6 reveal a modest uptick in capability, including recording 4K video at 60fps or, 120fps in 2.7K mode, and up to 240fps in 1080p. Through the use of machine learning, the GP1 processor analyses the video image coming through the sensor, then chooses the best image to take full advantage of the increased sensor performance. The Hero 6 offers twice the video frame rates, better dynamic range for low light image handling and improved detail, as well as upgraded the image stabilisation and a digital zoom option so that shooters can shoot wide in 4K, and then zoom in for a secondary camera angle. A first for GoPro.

GoPro's software Quik can automatically assemble “QuikStories” after downloading the video files from the camera to your mobile device at speeds that are three times faster than the pervious mode. It can then upload your story from your smartphone to youtube, Facebook and other social outlets.

Just like the previous model, the GoPro Hero 6 is waterproof without the need for an additional bulky housing

Other specs of the GoPro Hero 6 include:

While GoPro stopped short of announcing a second generation Karma this time around, a new firmware update will expand the current drone's capabilities and closing the gap between itself and DJI. The update, auto shot path modes including Follow and Watch, Look Up Tilt, and expands it's cable cam mode to ten waypoints for repeatable flight and recording. Karma also added compatibility with the new Hero 6 Black, which has the same connectors as the previous model, so you don't have to buy a new cradle to accommodate it.

The firmware update is available today to all Karma owners. 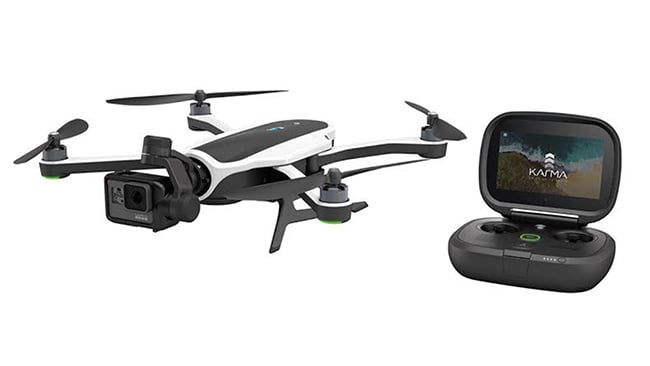 The Karma will be receiving additional capabilities through a firmware update

And we finally get to get our hands on the new GoPro Fusion 360° camera. After an exclusive beta test with qualified users, the Fusion is almost ready to ship. Fusion is capable of capturing 360° video at 5.7K, as well as having a new OverCapture feature that allows shooters to create a traditional 2D video in 1080p by “punching out” the clip from anywhere within the 360° image.

Lastly, GoPro announced a trio of new camera mounts their pocket sized “Shorty” selfie pole and tripod, the Handler, a floating handgrip with quick release mount, and the Bite Mount, which you can use to hold the camera in your mouth, and there's also a Floaty option.

No details on when the cameras will ship or their MSRP, but you can bet that GoPro will keep it within the current pricing structure. One update that was also missing was no Hero 6 Session, which makes us wonder whether the future of the tiny “put anywhere” camera is in doubt. 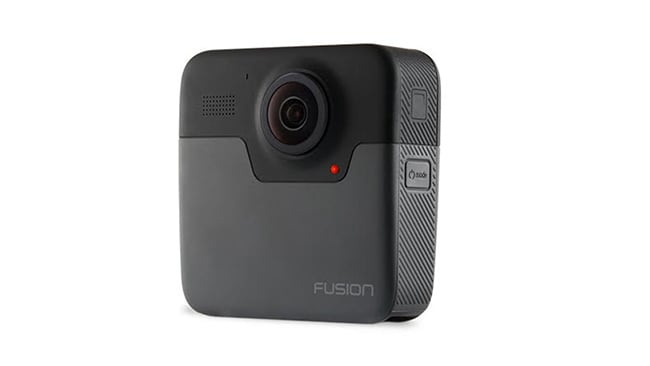 The GoPro Fusion 360 is close to release