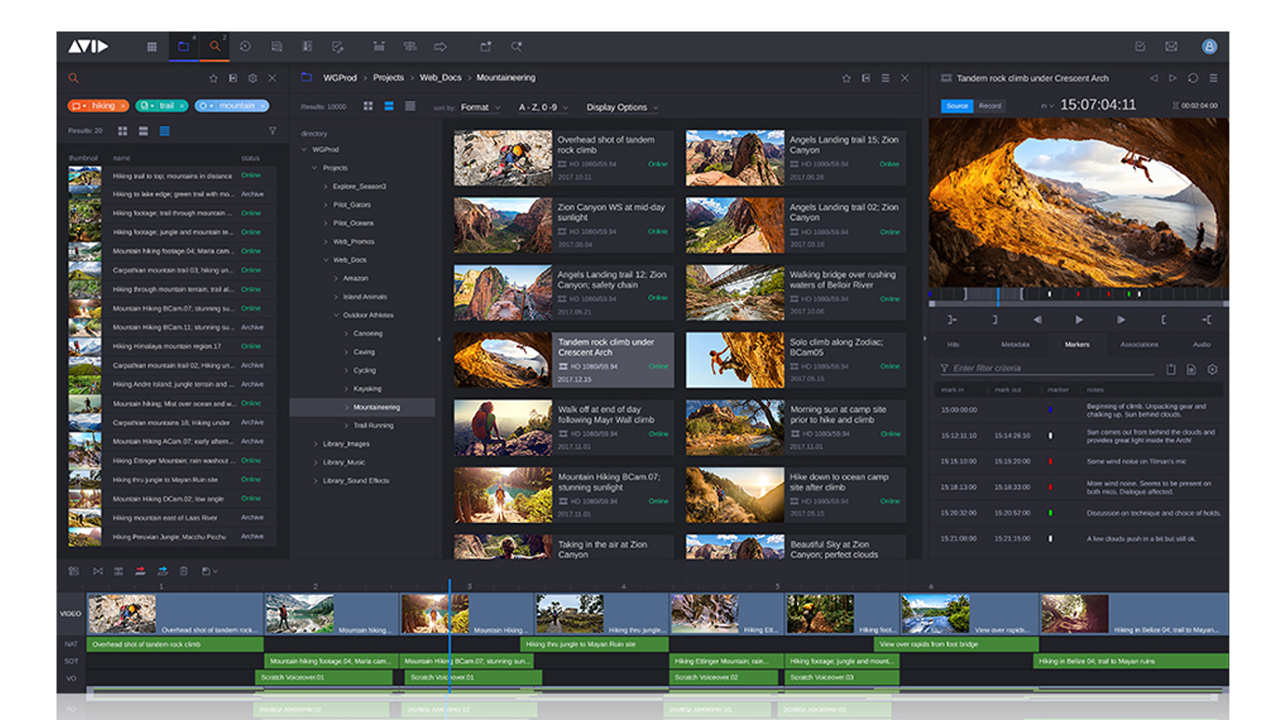 Connecting teams is about to get easier with MediaCentral

Avid arrived at IBC touting “its largest-ever set of launches”. Its product strategy continues to be one which shifts functionality and services into the Cloud.

Perhaps the biggest thing in Avid’s favour is that its brand offers a familiar and trusted on-ramp for content creators, facilities and broadcasters moving to the cloud.

The company debuted MediaCentral, a suite of tools accessed by browser which promises to help people create, distribute, and manage content using one common platform.

According to Chairman & CEO Louis Hernandez, Jr., Avid has spent half a billion dollars on re-engineering its product for the cloud. He called media and entertainment the most disruptive industry on the planet.

“We’ve not just completed a full transformation, we have created a platform that is flexible and open and agile enough to allow us to move forward.”

The MediaCentral production suite is the company’s centrepiece. It costs from $20,000, includes Media Composer and Nexis storage and has modules and apps for editorial, news, graphics and asset management as well as an array of media services and partner connectors.

Nor is it exclusively an Avid domain. One of those ‘partner connectors’ could be Grass Valley or Adobe, should Premiere be your craft tools of choice.

“MediaCentral delivers a unified view to all media — whether stored on Avid or another platform,” said Hernandez. “The user experience is common for everyone who works in an organisation on any OS and from a tablet or phone and gives a common view into media.” Avid is now rolling out web-based applications like search, edit, logging and publishing.

Media Composer is now a browser-based interface with media stored in the cloud for users to access from the desktop. Avid is also enabling remote streaming so that journalists (or others) can stream media to the cloud for them or others to work on.

You can get a version of Media Composer for free. Since July, when Media Composer First became available, some 60,000 people have downloaded it, according to Avid. It now includes 360 editing capability using Boris’ Mocha plugin.

In April, at NAB, Avid talked up its vision for bringing Avid into the cloud along with a comprehensive partnership with Microsoft as its preferred cloud provider.

Since then, informed Dana Ruzicka, VP and chief product officer, “the reaction from our customers has been overwhelmingly positive. The move to the cloud is imminent for almost all of our customers — but it’s not a lift and shift. It’s an evolution based on their business needs. This really is the beginning of the cloud era for our industry.”

ProTools, news workflows and archiving are already available via Azure. Avid is also allowing users to tap into Microsoft’s machine learning tools— for example, facial recognition and social media analytics. Other services available from the Avid interface running on Azure include transcoding.

A partnership with AJA Video has yielded Avid Artist | DNxIV, a new hardware interface option for Media Composer. It’s a Thunderbolt 3 capture and output device which offers 12G-SDI and HDMI 2.0 I/O connectivity with audio and 4K/UltraHD support up to 50p/60p frame rates.

The DNxIV is similar to AJA’s newly announced Io 4K Plus, but built to Avid’s specifications adding a built-in audio input for an analogue microphone on the front of the device. AJA’s tech facilitates real-time high-quality scaling of 4K and UHD to HD for monitoring and output. DNxIV also includes an additional Thunderbolt 3 port for daisy-chaining to other Thunderbolt devices.