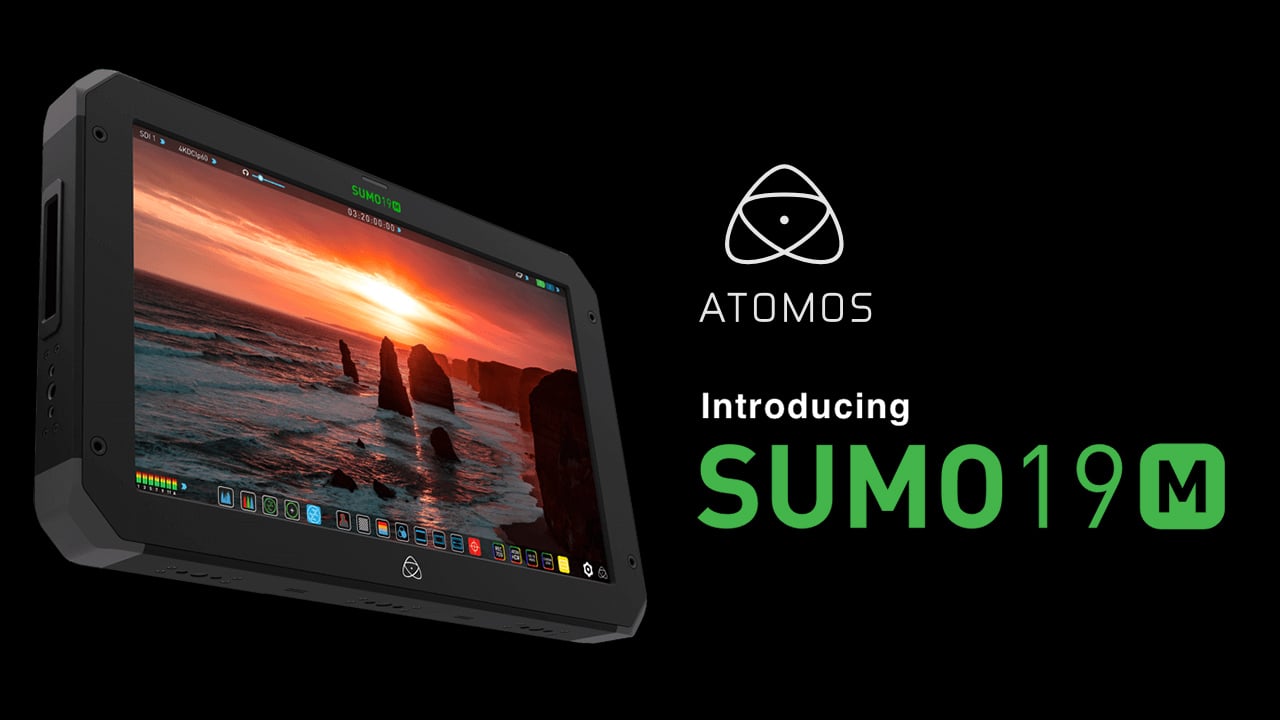 The Sumo M: the start of a new range of recorderless monitors?

The original Sumo is an impressive monitor/recorder by any standards, but now Atomos is expanding the line to include recorderless version to satisfy those who only require a highly capable monitoring system.

Atomos has always understood that if you have a product, then you have several products. Build a platform that works, introduce variations, and you have a product line. The Melbourne-based company has invested heavily in HDR, spotting gaps in the marketplace and filling them quickly with well-priced equipment.

This relatively young Australian enterprise is showing signs of maturity, by avoiding the pressure to bring out major new products for every trade show, and instead consolidating and gradually developing the technology in their existing product lines to improve performance and expand feature sets.

So what Atomos has announced at IBC this year is not Earth-shattering, but it does show a commitment to supporting their products, and to lowering prices where possible.

Sumo will now be available without a built-in recorder. This makes sense for those who just want to use it as a monitor: it will save a bit of money. But - and read as much into this as you like - the Sumo sans recorder will sport a brand new, simplified interface, with all major options available in a macOS-type “dock” at the bottom of the screen.

I personally doubt that Atomos would have gone to the trouble of designing a new interface without the future in mind and I will not be surprised if by NAB we see a whole new range of HDR monitors that are purely monitors. This will prove to be disruptive, which is exactly what Atomos likes to be.

Sumo, and the more recent Atomos recorder, understand HDR natively. They come with onboard processing that can translate between various log and cinema curves into Rec 709 and now HLG, which is the BBC/NHK’s encode-once, play-anywhere flavour of HDR video.

This means that you’ll be able to play HDR footage from an Atomos recorder player directly onto any TV that supports HLG. This is about the simplest possible workflow for HDR, and it also means that for many users, they’ll be able to bypass grading for basic work.

We’re also told that it will be possible to feed an HDR log signal into an Atomos recorder and output it direct to YouTube, completing and simplifying an entire HDR workflow that simply wasn’t there before.

In other news, Atomos is going back into the converter business. Not that the company ever left it but it hasn’t exactly been heavily promoting its line of converters recently. Now, apparently, they’ve reworked and completely redesigned the range as well as expanding it to include standards conversion and other “infrastructural” features.

The new devices are more robust, with better engineering than the original converters. You’ll be able to see the full range at Atomos’ stand at IBC 2017.

Finally, there’s new firmware which includes support for the Nikon D850 - one of the better video-capable DSLRs to be released for some time.