The return of vintage lenses and uncoated optics 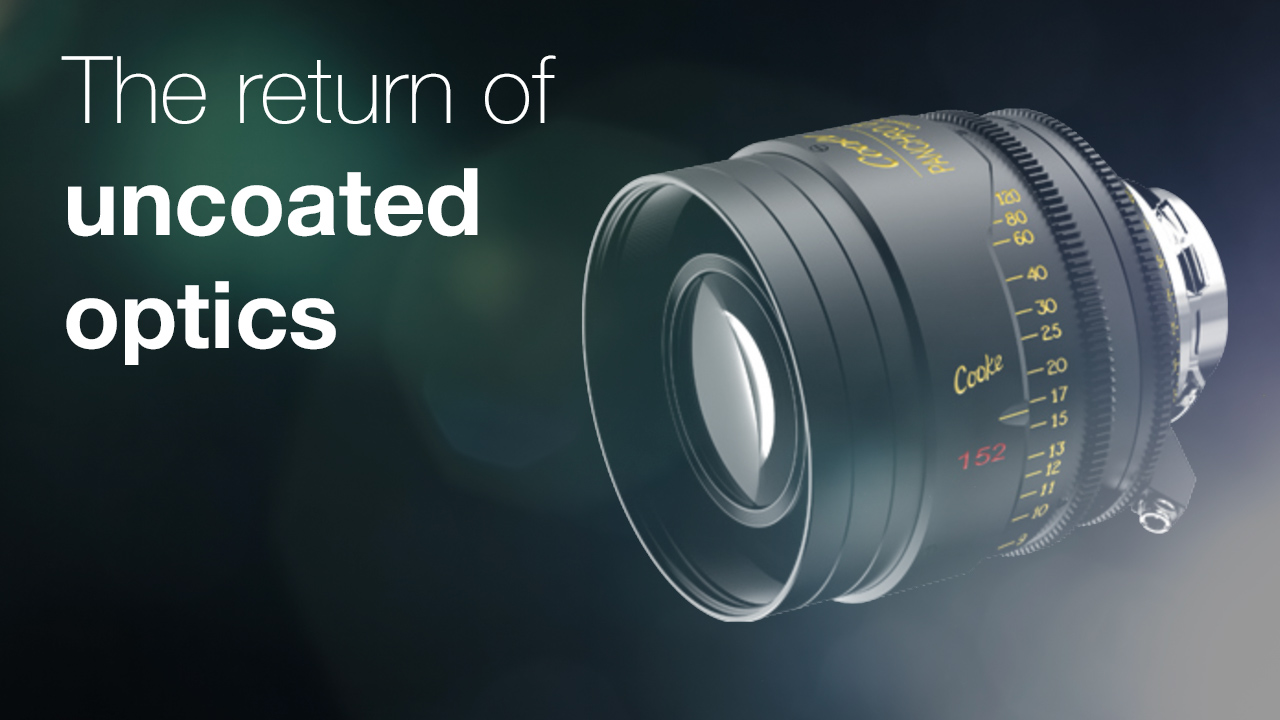 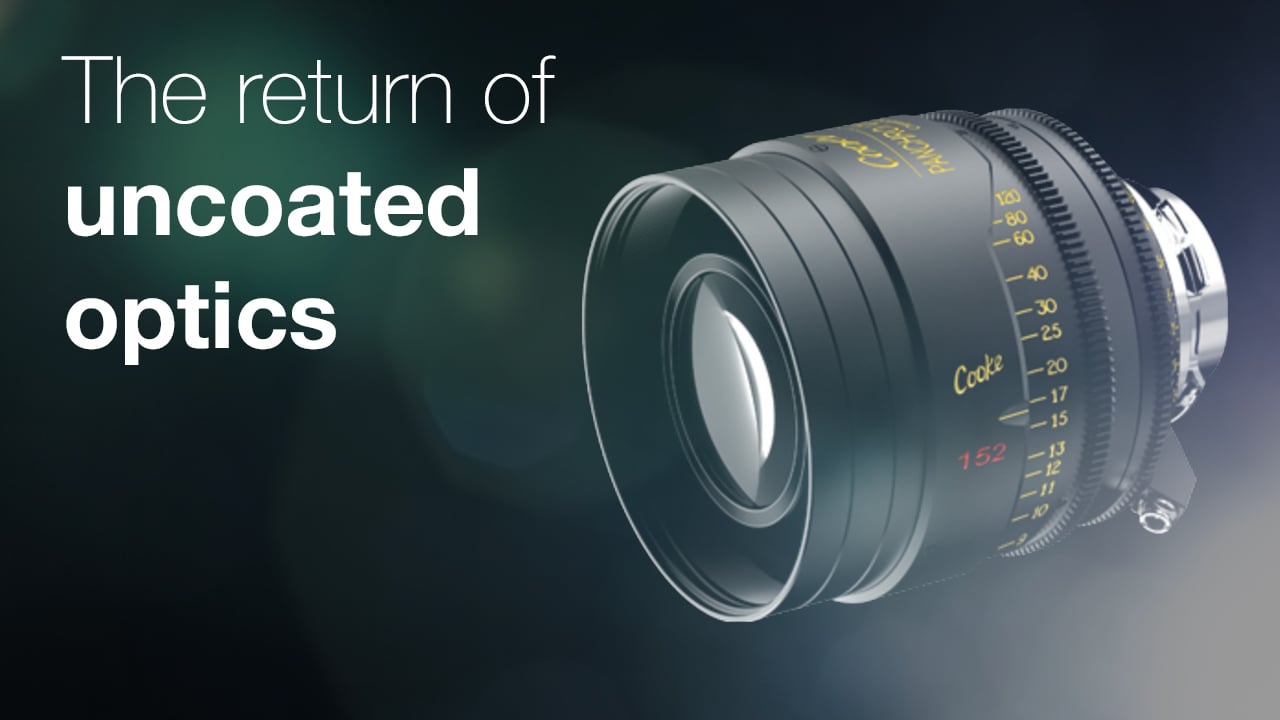 Flaring is all the rage - that uncoated lens look

The cinematic experience is built upon emotion. And while the desire for technical perfection from ultra sharp modern primes is admiral, sometimes you can't beat the look and feel of vintage glass. Adam Hamer looks at the resurgence of classic lenses.

“Return of the mack.” — Randy Wedick, technical consultant at Band Pro Film and Digital and Emmy winning DP on the return of the Cooke uncoated speed Panchro design. Says it all really. The uncoated, vintage look is the mack daddy of old school optics. Lens coatings were not invented until the 1930’s and previously lenses were made without any coatings at all, primarily by sanding raw glass elements into the optical designs desired. The development of coatings was spurred on by the increasing complexity of lens designs, accelerated especially by the development of zoom lenses. Uncoated lenses restricted the technical development of the lens design, as an uncoated lens can only handle a finite number of optical elements. When lens designs began to include more than five glass elements, having an optical coating became an essential element of lens production in order to reduce unnecessary reflections of light.

Lens coatings are made from a variety of materials, ranging from radioactive rare earth elements (denoted by a golden glare in the lens refraction; typically used materials include Argon), which produce the rich characteristic contrast of lenses such as the Canon K-35’s, to magnesium fluoride. Lens coatings were primarily created to eliminate or reduce light reflections. Through the practical application of lens coatings, a significant reduction in the reflective index of the lens allowed for more complex optical designs to be constructed and simultaneously nurtured the development of complicated zoom lenses.

A lens coating is itself a transparent material. Lenses refract light and the differentials in refraction affect the frequencies of light that are filtered out, giving the appearance of the optical element having a coloured coating. Covering the optical elements of the lenses with thin layers of primarily organic materials (aka lens coatings), a significant reduction in glare occurs in lenses, which in turn produces an extremely clean image with rich contrast.

This distinctive characteristic is exactly what has brought both vintage and uncoated lenses back in vogue. In contrast to coated lenses, uncoated lenses flare in a somewhat unpredictable manner and can have extremely soft highlight roll-off, especially when used wide open. The style produced by these lenses is anything but clean, creating a nice juxtaposition to crisp, modern, cinematography styles. Coated vintage lenses such as the venerable K-35’s produce distinctive flares and image characteristics that cannot be replicated with any other lens. On one hand, you have big budget series (The Handmaid’s Tale, lensed on K-35’s and Zeiss B-Speeds) shooting on imperfect vintage lenses and on the opposite spectrum you have the crisp and clean aesthetics of a show such as Netflix’s House of Cards, lensed primarily on Zeiss Master Primes. The nature of the narrative and the principal creatives involved will often dictate the direction of a camera department’s lens choices.

The uncoated look is in high demand. After an industry trend towards generating the sharpest images, a more organic look has become hotly tipped for many of today’s productions. Many top directors of photography cite a strong desire to define character within their work. Creating a singular imagery style has become a common goal of many of today’s masters of the craft. The less predictable characteristics of vintage glass and uncoated lenses can help to define one’s distinctive lens style in the production landscape. At the end of the day, coated or uncoated, opting for vintage or modern lenses is but one of many options in the endless toolset that is available to the technicians working in modern day film production.

This trend towards uncoated lenses has led to a significant uptick in the popularity of vintage lenses. Sought out vintage glass comes in both cine and repurposed (cine-modded) stills lens flavours. Highly sought after uncoated lens sets include the Bausch and Lomb Baltar’s, Cooke Speed Panchro’s, Zeiss B Speed’s. These lenses are sought out for their optically unique characteristics and the often described dreamy images that they render. This desire for imperfection in professional image artistry has helped contribute to a resurgence in the popularity of both uncoated and vintage lenses.

An interesting modern development which parallels the rise in demand for vintage uncoated glass has led to manufacturers such as the Camera Division to modify CW Sonderoptic’s Summicron-C cine lenses to have their coatings completely removed. Many DP’s of today have expressed great interest in the results of lens tests from these modified Summicron-C’s, as they possess the high resolving power of a modern lens, paired with the organic flaring and highlight roll-off of an uncoated lens.

Randy Wedick elaborates on the concept of electing to opt for uncoated lenses on modern productions: “If everyone shoots on perfect lenses on Alexa and RED, then everyone only has really two different base looks to work from.” Putting forth a key point, Randy offers expert insight into the toolset that is available to modern cinematographers working in a digital medium. “You can create great LUTs but it’s not like film where you could put different films in for different scenes and get totally different renditions.” When considering classical cinema and the defining works of the art form, it is quite easy to recall feature films where the stock of the film lends a certain emotional credence to a particular scene or feature as a whole. Take, for example, the rich azure and crimson tones of Wong Kar Wai’s films, the green push of “The Matrix” or the distinctive tonal palate of David Fincher’s “Se7en”. Randy concludes by saying: “It’s an easier way to put a unique visual stamp on a scene,” when electing to lens a production digitally. Articulating the benefits of lensing a production on uncoated glass, Randy provides some illuminating insight into the world of studio level digital capture.

The Bausch and Lomb Super Baltars and Original Baltars, which lensed many of Hollywood’s earliest features are now highly sought after lenses for modern studio work. The Original Baltars are currently being rehoused by Zero Optik in LA. Many other top companies specialising in re-housing rare vintage glass include TLS Optics and PS-Technik. Duclos’ Lenses are also one of LA’s top engineers of lenses. Their speciality is cinema lenses; repairing, modifying and also producing runs of their own. Matthew Duclos and his team of lens experts have their finger on the pulse, ready to adapt to the demands of the world’s top cinematographers. Recently, Duclos has launched a Facebook live series where they go in depth on the state of lenses, review the top cine bad boys of the day and provide expert perspectives and input.

In an ever changing and amorphous cinematography industry, the ability to add a unique visual stamp to a work of art is of increasing importance. Modern visual artists seek out the most distinctive tools for their palette so that they can further render the emotional worlds of the characters in the films they lens, with organic gusto. In the pursuit of unique expression, craftsmen of today are looking to the past and spurring on an unprecedented rise in popularity of both vintage optics, cine and repurposed stills lenses and uncoated glass elements. This reverence for what has come before is a promising sign for the world of tomorrow’s cinema and new media as the era of the placid, perfect image draws to a close. As the ability of sensor resolution to render images beyond the human eye’s ability to resolve detail grows, developments will occur in different directions morphing the technological evolution of motion picture production gear.