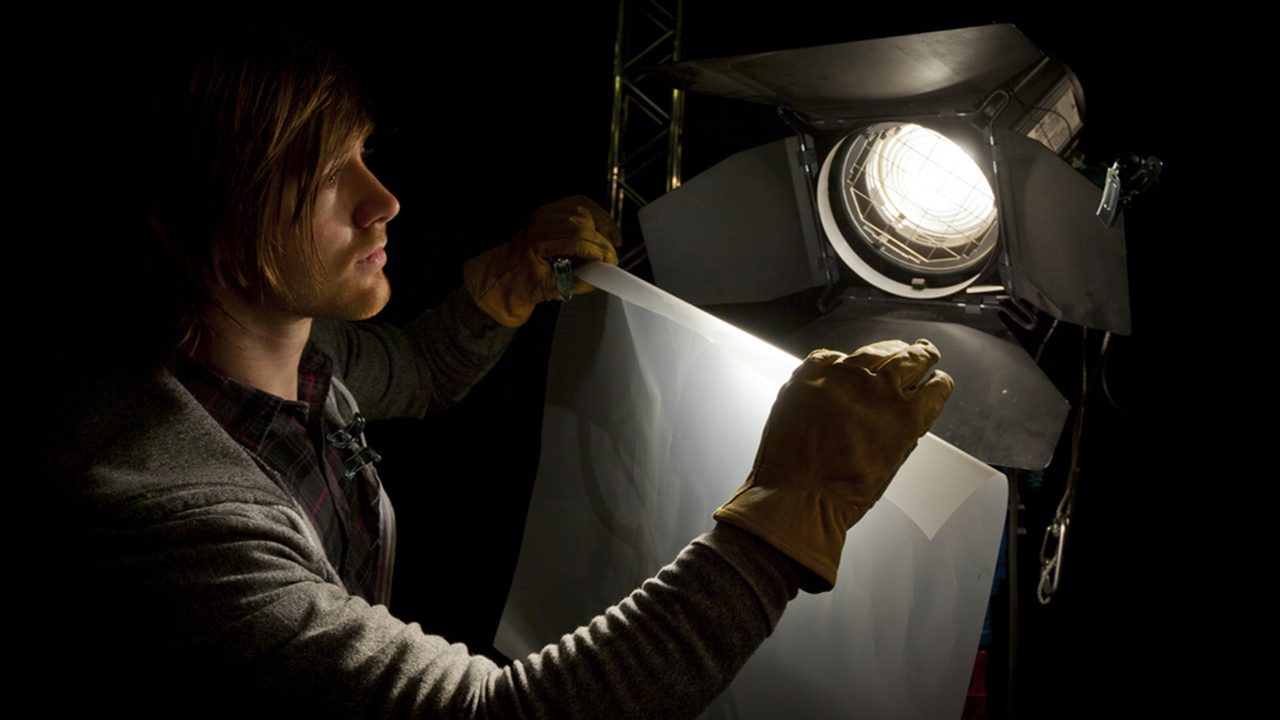 Replay: Showing the best side. Lighting a face well can be one of the most difficult aspects of cinematography. But there are also a few guidelines you can always bear in mind to help you along the way. Here Neil Oseman shares one of the secrets to lighting a face well, and also how to break with convention when required.

If you’re starting out in your cinematography career or maybe stepping up from camera operation, lighting can be daunting. How do you know where to put your lights? If you’re working with the 3-point lighting system, the backlight is self-explanatory and the fill will often be ambient and directionless, but you may still be left wondering where to put your main light source, your key.

Fortunately, there is a very simple rule of thumb, known as short key. In simple terms, a short key light is one which is on the opposite side of the subject’s eye-line to the camera. Let’s delve into what this means and why it’s so common. In fact, once you understand what a short key is, you’ll be forever spotting examples of it in film and TV — you’ll be staggered at how often it’s used.

It’s easiest to think of short key from the perspective of the actor. The camera is in front of us and off to one side, because very rarely do actors look down the lens, and the key light is in front of us and off to the other side. It’s called short key because the side of our face that it hits is the side away from the camera. The opposite of short key is broad key, where the light is on the same side of us as the camera, thus lighting the “broad” side of our face, the side presented to the camera. (Note that the light can be either side of the camera — it’s which side of our eye-line it’s on that’s important.)

Short key follows the general cinematographic principle that light is more interesting when it comes in from the side and behind, rather than from close to camera. It’s preferred by most DPs in most situations because it produces more dimensionality and contrast than broad key. By hitting the side of the face away from the camera, a short key leaves shadow on the closer side, creating mood and interest. It brings out the shape of the nose and cheeks. It leaves the ear and side of the head darker, concentrating attention on the face and consequently the performance.

Under the umbrella of short key, we can still vary the angle tremendously to affect the mood. If we place the key severely to the side, so none of its illumination reaches the camera side of the actor’s face, using a very low level of fill, we create a strong, uncompromising look. If we place the key closer to front-on and soften it with diffusion so that it wraps around the camera side of the face, we create a more comfortable, flattering look. We can also raise the lamp to shade the eye sockets, Godfather style, lower it to create a campfire ghost story look, or place it anywhere in between.

Broad key is less desirable amongst cinematographers, often resorted to only when short key cannot be reconciled with motivating the sources authentically. However, that doesn’t mean that it’s bad or that it can’t be used deliberately and creatively.

If you visit the National Portrait Gallery in London, you’ll see that the majority of the traditional paintings employ broad key, i.e. the window illuminating the subject is on the same side of the subject as the painter. Perhaps those painters felt that seeing the shape of the head and the ear was of equal or greater importance in representing the person’s appearance than just focusing the light on their face. Whatever the reason, this association of broad key with historical portraiture can be used to a cinematographer’s advantage. DP Ole Bratt Birkeland did exactly this on The Crown when he sometimes lit Queen Elizabeth II (Clare Foy) from the camera side to create the subconscious sense of her being another in a long line of royal portraits.

Short key, though, is the dominant, ubiquitous style of lighting. It is often the first thing a DP considers when walking onto the set: where can I put the key light in order to hit the short side of the talent? Or conversely, where can I put the camera so that it's on the opposite side to the light? Sometimes — if we’re dealing with fixed light sources like windows — we’ll even request that the blocking is altered to ensure a short key. It can go such a long way to making an image cinematic. So next time you watch TV or a movie, look out for it; I guarantee you’ll see it everywhere. 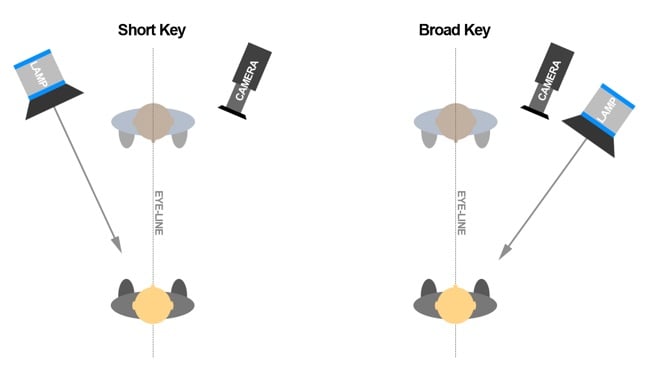