SUPER 16 — Almost gone but not quite forgotten 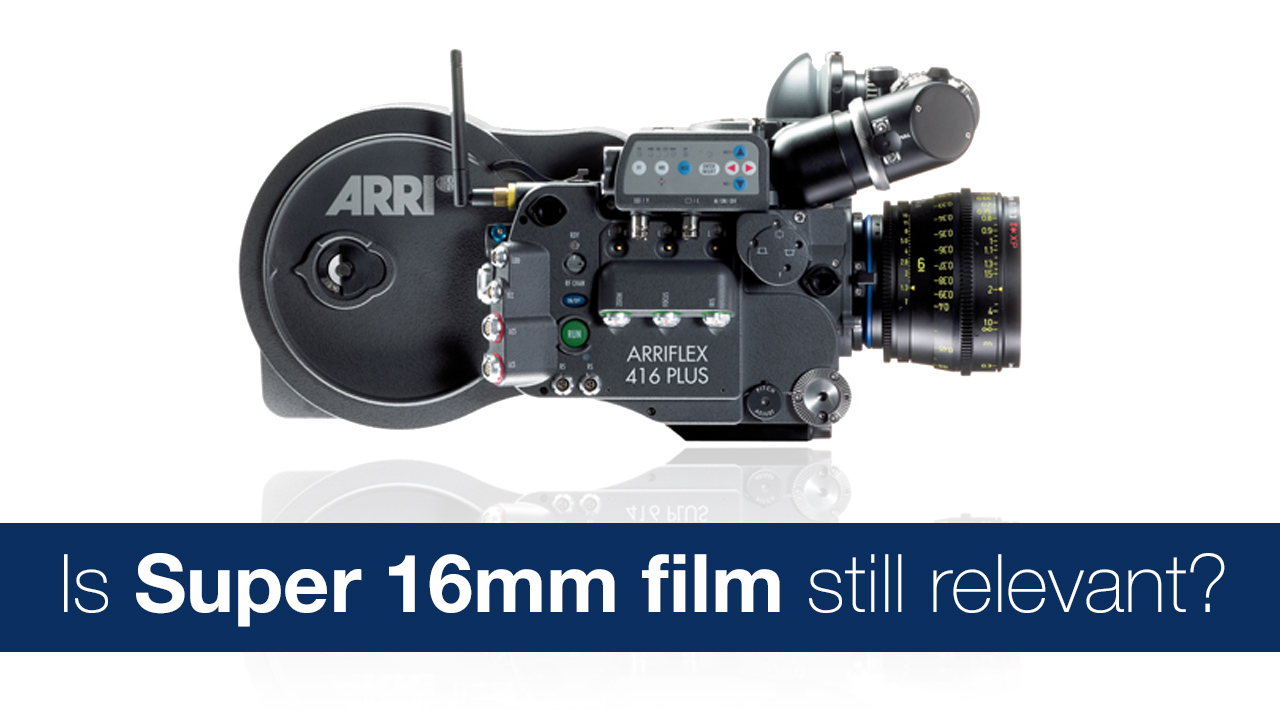 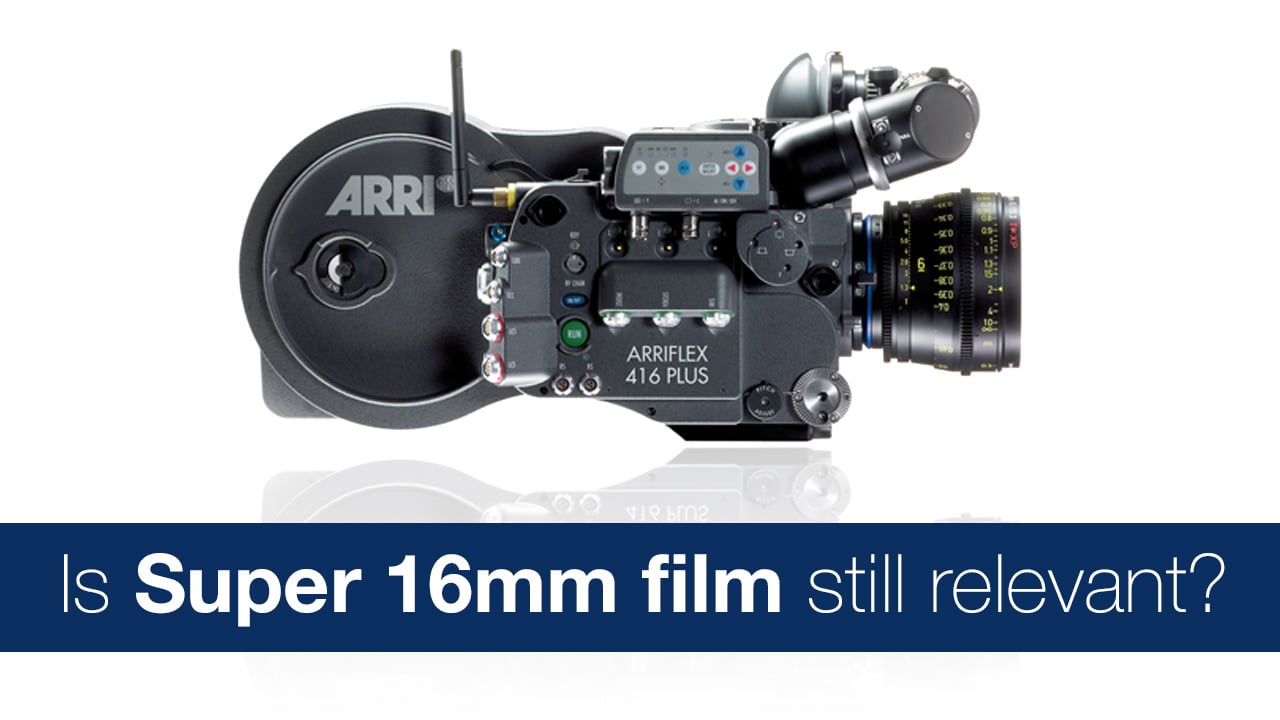 Does the S16mm film format still have a value in todays production world? Roland Denning takes a look back at the history of the Super 16mm format, and asks whether it is still a viable medium.

The story really starts with the shape of the frame. Towards the end of the 20th century, the 1.85:1 widescreen frame became the accepted ratio for widescreen movies in the USA and UK (1.66:1 was favoured in continental Europe). Because this was achieved through masking the top and bottom of a 1.37:1 Academy frame, a large part of the 35mm negative was wasted.

In Sweden, in 1969, a DP called Rune Ericson looked at a 16mm frame and realised that, although the film had perforations (sprocket holes) on both sides, only one side of them was actually used or needed in the camera (that space would only be used in prints for an optical or, occasionally, magnetic sound track). By re-centering the lens, using single-perf stock and expanding the 16mm frame into the space previously occupied by one set of perforations, a frame closer to the preferred widescreen ratio and not so far from the area used on a 35mm widescreen negative was possible, meaning substantial saving on film stock. Hence, Super 16 was born.

The Super 16 widescreen frame at 1.69:1 (approximately 15:9) did not quite correspond to any established widescreen movie aspect ratio, nor did it correspond to the later TV widescreen standard of 16:9 (1.77:1), but it was closer. It was never intended to be projected (Super 16 prints would have no space for a soundtrack), only as an originating medium to blow-up to 35mm. It was a great idea but not an overwhelming success — the cost of a blow-up to 35mm counteracted some of the savings on film stock and 16mm kit fell short of some of the expectations of those used working with 35mm.

The first successful movie shot on Super 16 was The Draughtsman's Contract in 1982. It was also the first use of Cooke’s Varokinetal 10.5-60mm zoom, a modification of the existing 9-50mm T2.5 standard 16mm lens. Cooke later produced a superb 10-30mm T1.6 Varopancro lens for Super 16mm. The camera initially associated with Super 16 was the Aaton, but Arri introduced a Super 16mm version of the 16SR in 1992.

Super 16 might have died a natural death if it were not for the rise of widescreen TV. In the UK, there was a curious period in the 90s when 16:9 was being introduced but TV was still analogue. Viewers mostly had 4:3 TVs but 16:9 sets were beginning to be sold. Many watched 4:3 pictures stretched horribly to fill a 16:9 screen. The BBC, for a brief period, transmitted widescreen programmes in a compromise 14:9 frame which, when shown correctly, presented a thin black line top and bottom on a 4:3 screen and some horizontal cropping on a 16:9 screen.

As the TV world moved towards digital (still, of course, standard definition) the 16:9 frame became the standard. For single-camera TV drama and documentaries in the UK during the 1990s, Super 16 became the favoured originating medium. This lasted until the arrival of HD in 2006 when the BBC rang the death knoll of Super 16 by declaring it unfit for HD (HD programmes had to be originated on 35mm or HD video). In the Autumn of 2013, a campaign by a committee of directors reversed this decision but the damage had been done.

As film stocks improved, a small but steady stream of Super 16 movies destined for the cinema continued, taking advantage of savings on stock and the ability to use smaller, lighter cameras. Notable movies shot this century in Super 16 include Black Swan, Carol, Moonrise Kingdom, Beasts of The Southern Wild, The Last King of Scotland and The Hurt Locker and, in the 90s, Lock Stock and Two Smoking Barrels, Primer, Leaving Las Vegas and Chasing Amy.

In the 90s, I owned an AatonXTR, shooting largely TV documentaries and drama docs and the occasional rock promo. The Aaton remains, as far as I’m concerned, the perfect documentary camera in terms of ergonomics. My standard lens kit was a Canon 8-64mm T2.4 and a Zeiss 12-120 T2. Those two lenses covered 90% of my work. The Canon, in particular, was a beautiful lens — sharp, fast, light, close focusing, minimal breathing.

I can’t think of a digital camera today that can match the versatility and balance of my AatonXTR and Canon 8-64, largely because there seems to be no longer a market for cameras with interchangeable lenses and chips bigger than 2/3” but smaller than Super 35. Fast, light, 8:1 and 10:1 zooms don’t really exist in the world of 4K and large sensors, and those cameras that offer built-in zooms with a decent range are limited to ‘hand-held’ designs.

So what does Super 16 offer to filmmakers today? Despite the great ergonomics, Super 16 would be a disappointment or frustration to many used to modern digital cameras. It is neither cheap nor easy.

Digital has surpassed 16mm film in sensitivity, dynamic range and resolution. Super 16 is much less forgiving than 35mm (as 8mm is less forgiving than 16mm)  and, at 400 ISO and above, grain becomes a real issue (or, possibly, a feature). By modern standards, Super 16 corresponds to a small sensor — around half the area of an MFT sensor — so bokeh-addicts stay away. A 400’ magazine only runs for 10 minutes and someone has to load and unload the mags. Not being able to monitor your picture accurately would be a shock to many and — if you do want a video assist to get a crude approximation of the picture — this will add to the cost and make the camera rather more cumbersome. As the whole infrastructure around film disappears and costs increase, it could be hard to find a reliable lab still developing 16mm.

There are other things to consider — camera noise is something that people today seldom have to worry about, but an early Arri16SR can run very loud. Negative can be easily fogged or scratched, magazines can jam or be loaded incorrectly, particularly if you are working with an inexperienced crew. Most standard 16mm lenses will not cover the Super 16mm format (most, but not all Zeiss Distagons are the exception) and many vintage lenses, designed well before HD existed, might disappoint in terms of resolution. However, many rental companies refitted both Aatons and Arris with PL mounts so there are a wide range of modern lenses available if you have the budget. And money, of course, is the crowning negative factor of shooting on film — the cost of film stock, developing and scanning may push the cost way beyond most indie budgets.

So, is it worth it? If you really want your movie to look like film, for all its flaws as well as its benefits, Super 16 could still be the way to go — if you have the money. There is nothing quite like film grain and film’s ability to handle highlights has only recently been matched by digital cameras. As mentioned already, the ergonomics of 16mm cameras can be superb, and there is something about the preciousness of the film stock itself that means attention is concentrated when the camera is turning over. But, stripped away of the nostalgia and mystique of the film medium, the costs are high and the drawbacks many. As much as I loved my Aaton, I do not want to return to those days.