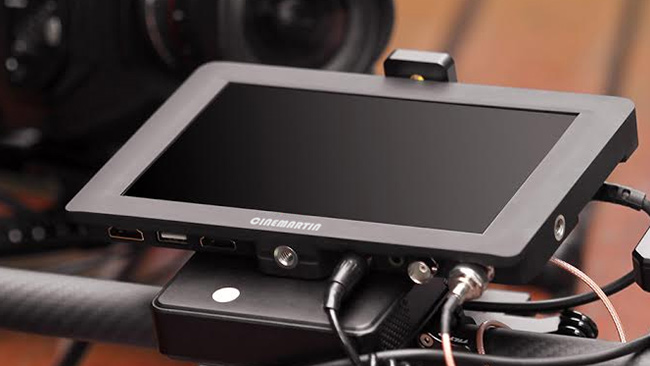 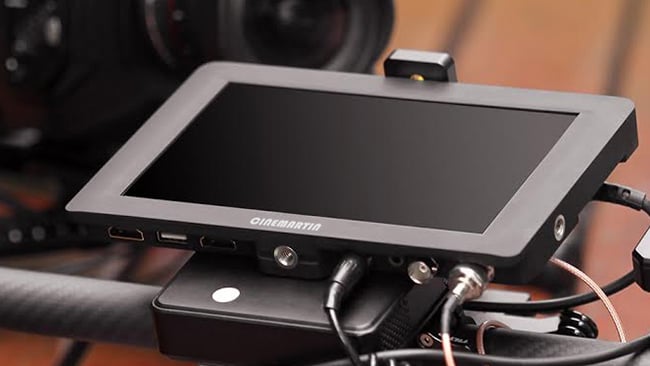 Can the Cinemartin Eclipse stand out from the crowd?

The market for 7-inch, on-camera monitors is a crowded one. Undeterred, Cinemartin, the Barcelona-based manufacturer of a wide variety of camera accessories, has just announced a new high-brightness display, the Eclipse, which might just be small enough and bright enough to stand out from the crowd.

The company's existing product line is interesting, including software, electronics and the Flec baseplate. Its recorders are particularly unusual, being based around highly miniaturised PC hardware and running Windows. The approach means they take longer to start up than firmware-based devices, but it makes for a degree of flexibility and upgradeability that's difficult to match with any other approach. Their software includes the Cinec H.265 encoder and plugins for popular edit and effects software and they've several small monitors at 7” and 5.7” already, including several with support for 4K images over HDMI, which are scaled to the 1080p display panel (there's really no point in trying to display 4000-pixel-wide images at that screen size.)

The Eclipse is clearly designed with maximum brightness as a goal and therefore maximum daylight viewing capability for a minimum price. The cost is certainly well-controlled with an introductory offer at €495 or US$595. That's almost two nits per dollar for a 1000-nit monitor that ought to be viewable in full sunlight, which isn't a bad deal at all. It looks like there are all the usual tools, with false colour, peaking, histogram and audio metering all mentioned. There's no talk of waveforms, which is almost inevitably the first thing to be overlooked in the pursuit of cost control, but that's often not a deal breaker. Only the DP's display and perhaps any display used by a DIT really needs to have a waveform monitor on it.

Power consumption is given as 12.9 watts, which is moderately high for a small monitor but entirely understandable given the high brightness. There's a pair of battery plates to suit various types of batteries as well as an external power input, which is always the best way to go, given that we would probably prefer to keep the weight of onboard batteries away from the top of the camera. The real killer feature is the ability to display 4K pictures on the 7” panel. It's far from the only display to do that, but it's probably one of the most affordable.

The difference between Cinemartin's Eclipse and Venus displays seems to be that the Venus lacks SDI. If this isn't a concern to you, then it's an easy decision. Both of them look to be compact and nicely-made. Monitors are a particularly good example of products that can sound impressive on paper but are sometimes less so in reality, depending on how well they're made. Issues of backlight bleed and resulting non-uniformity and a lack of colour purity are things to look out for in all displays but have traditionally been a particular problem with very bright backlights which make blotchiness more obvious. It's not really possible to assess these issues based on a brochure, so we'll be interested to look a bit more closely soon.