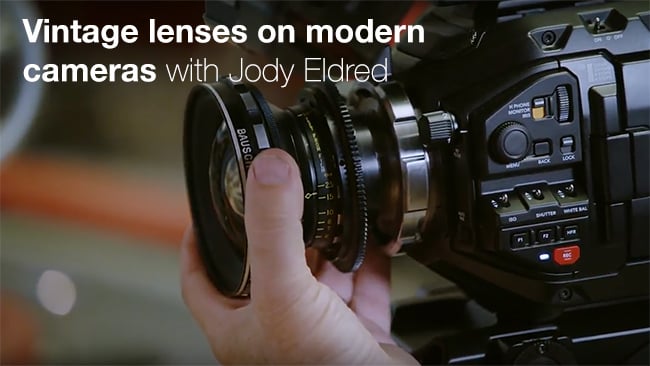 Getting that classic look: Many of us love our old lenses and the looks they can give us for both stills and video. However in this fascinating video by Jody Eldred, he goes one step further than most.

Visiting fellow film-maker, Todd Fisher, Eldred takes a look at the many classic lenses within his collection, and tries them on his Ursa Mini 4.6K camera.

These are no ordinary lenses, however. The glass on test here includes the actual lenses that cinema greats, such as Francis Ford Coppola and Stanley Kubrick, used on classics such as The Godfather and The Shining. It makes for compelling watching as Eldred compares them to a typical modern lens.

If ever you were to be left in no doubt as to the character that the glass you use brings to your productions, then look no further than this. Pixel peepers may focus in on some of the deficiencies. But to do this misses the point that the lens you use can help to impart as much of a look and feel to the production as any grading pass.

In particular, the super wide angle lens that Stanley Kubrick used on The Shining makes for a wonderful comparison to the types of lenses we have available to us now. And still modern glass doesn't even come close to representing such a wide field of view with as absolutely minimal distortion as this.

So sit back, and enjoy this rare look into using such classic lenses on a modern camera.

Thanks to Blackmagic for giving us access to this film