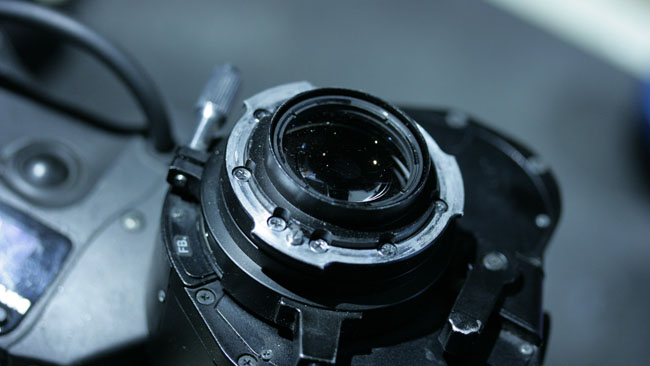 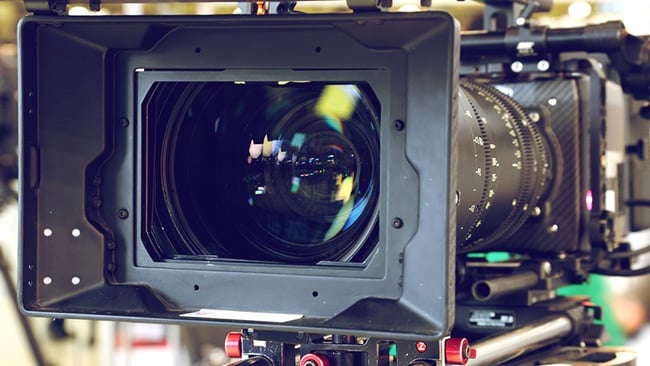 All the gear and no idea? What are the misconceptions that prevail about filming today?

Modern filmmaking equipment is nothing short of miraculous in terms of its size, weight, power consumption and price-to-performance ratio. There are, however, some things that are regularly assumed about filmmaking in 2017 that are less true than we'd like them to be. Phil Rhodes takes us on a rundown of his top five filming misconceptions.

This is a list of things we'd rather people didn't believe, it'll inevitably be incomplete, and comments with potential entries for future articles are very welcome.

1. You don't need much light these days

Some current cameras have maximum ISO settings reaching into six figures. Nonetheless, most digital cinematography cameras don't do their best work at settings over, say, 800. This is no secret, and shouldn't be controversial. Cameras which wouldn't allow log shooting at anything lower than a couple of thousand have been the subject of campaigns for a lower sensitivity, quieter option – and manufacturers have happily provided the update (some of these limitations are provoked by the need to develop specific LUTs for each mode, which is time-consuming.) Just so we understand each other, 800 is less than a stop faster than 500, and there's been 500-speed film for a long time, so 800 or even 1600, while welcome, isn't world-changing. Even if many people will quite sensibly prioritise nice highlight handling over a touch of grit, but the quiescent gloss of really high end pictures still demands a reasonable amount of light.

While we're on the subject, a contributing issue is the mistaken idea that modern LED lighting produces noticeably more light per watt than any previously-available technology. It's arguably made HMI performance more financially achievable, at least at low power levels, and that's great. Still, most of the LEDs that exist are at or around a hundred watts, and they'll struggle to light anything bigger than an interview to a sensible stop. 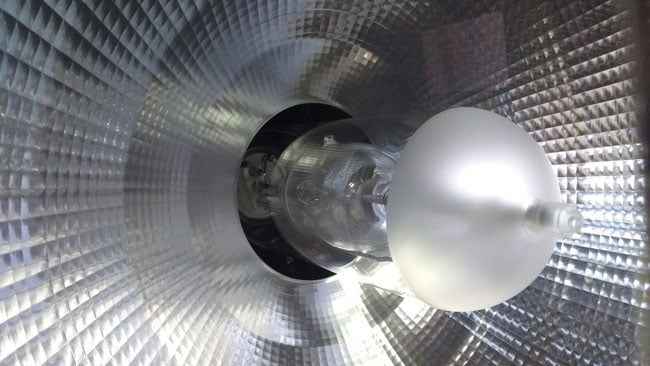 If you want to make your production look good, you still need to light.

2. You need a big sensor for a cinematic look

Let's overlook the fact that some significant pieces of cinema have used deep depth of field. Orson Welles was a fan, most famously in Citizen Kane. Quite often, shallow focus is used as a crutch for feeble locations or underfunded production design, and that's... well, pretty reasonable, actually.

The problem is the popular assumption that only cameras with super-35-sized sensors can achieve it. This immediately obviates a lot of superb small-chip cameras with desirable characteristics.  Particularly, it costs us access to lenses which are smaller, lighter, cheaper and faster, given the same field of view, as the glass usually used to drive bigger chips. Lenses from the super-16 world are currently affordable precisely and solely because everyone's become obsessed with big chips and concluded they're useless.

Consider also things like Canon's HD-EC zooms, intended for drama on video cameras. They go very cheap, and the HJ21x7.5B-III KLL-SC lens opens up to a T2.1. Other HD zooms go down to 1.3, at which point you won't be struggling to keep the background soft, you'll be struggling to keep the subject sharp on anything beyond a medium lens. Sure, there are arguments about optical quality with high-range zooms, but sets of Zeiss Digiprimes, which are incredibly lovely lenses, regularly go on eBay for under £10k complete with SharpMax back-focus checker. They're all under a T2. Any questions? 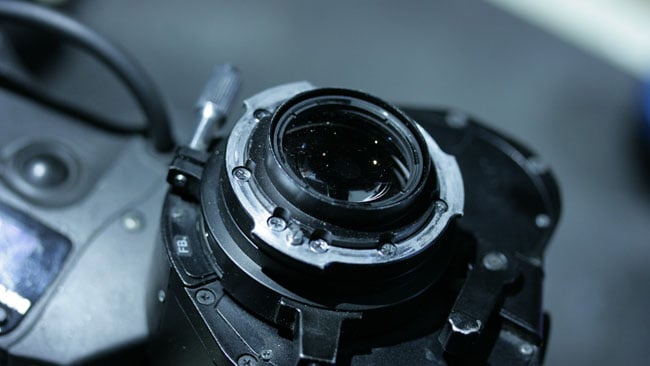 Lenses for smaller chips, such a this B4-mount ENG zoom, are very capable.

3. Flags are for losers

The world is understandably concerned with creating lots of light without consuming too much power. The problem occurs when we find ourselves without any means of preventing light from hitting things. OK, this isn't a common problem at anything other than the low end, being principally a concern of that dubious middle ground between student films and the cheaper end of short filmmaking, a field we might call “ambitious YouTuber,” where garishly overlit backdrops fight for prominence with a foreground subject. Still, it's one thing when a 17-year-old media student lets a foreground key spill everywhere. It's quite another when interviews with a major head of state on a national current affairs show look like they couldn't afford a set of Road Rags.

Yes, it's simple. Yes, the prices of metal frames covered in black fabric range from high, up to utterly offensive, and even then it's a bit of an affront that the stand often costs more than the thing it's supporting. But when even the highest-end shoots are happy to use black-painted polystyrene insulating board to keep light away from things we'd rather not see, there's not much excuse for shooting stuff that has one character squinting into the overspill from the other's backlight.

Sometimes - well, always - keeping light away from things is just as important as lighting other things up

One of the best ways of communicating with the camera department is by example. OK, some people find the provision of examples to be a crippling limitation on their freedom of expression, but it seems likely that camera personnel working on science fiction movies are going to continue to be asked to make it look like Blade Runner for the foreseeable future.

The mistake here is to assume that the camera department actually has the ability to make it look like Blade Runner, especially if “it” is someone's white-walled apartment. Now, Scott's seminal neo-noir did use certain technologies that are visible to even the untrained eye. It was shot on Panavision's well-regarded C-series anamorphics and used Kodak's 100-speed tungsten stock 5247 (as did other fantastic-looking films such as Alien and Top Gun), which was contrasty and grainy in a way that nothing has been for years. But even if a production could still get hold of that long-discontinued stock and put it behind Panavision C-series lenses, the results would still be overwhelmingly at the mercy of whatever they pointed the camera at and how it was lit. 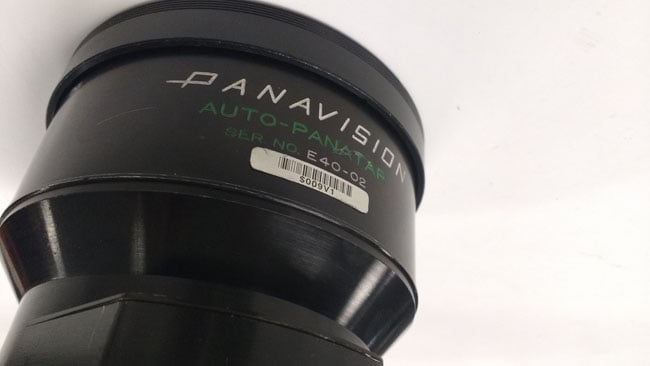 40mm Panavision E-series anamorphic. Spectacular, but not the only part of the equation

5. The revolution is upon us

Finally, just about the most pernicious belief in filmmaking: that technological change is likely to make, or has made, a big difference to the way films are made. This may seem ungenerous, given that the digital transition means great results are now available for pocket money, but that's not in any way surprising. The transition took at least twenty years to happen, counting from, say, the late 1980s, when high-definition video started to become available, up to say 2010 when it started costing pocket money. The change was resisted for a shockingly long time, and it's a bit much to describe something as epoch-making if it actually happened long after we might reasonably have expected it to. Beyond that, the sad fact remains that the low end still looks low end because it still can't afford to make films properly. The main cost was never the camera department and it still isn't. 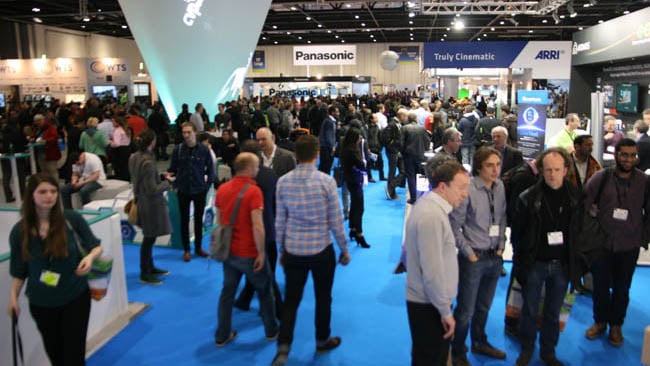 New gear is fun, but not the ends of invention

Is there anything we missed out? We'd love to read your suggestions in the comments!