Atomos Sumo 19" HDR Monitor/Recorder now shipping. More products may be on the way... 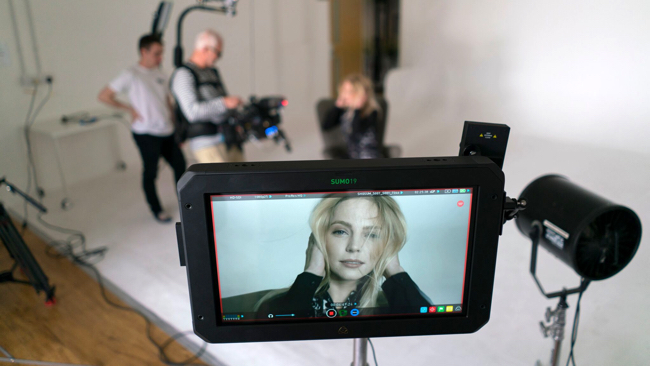 When we visited Atomos' booth at NAB in Las Vegas this April, it created quite a bit of interest. But more than a few sceptics called it "vapourware". You can understand this because Atomos has been late to deliver some of their products. But late delivery isn't the same as "it doesn't exist now, and it probably won't in the future", which is what we take the perjorative term "vapourware" to mean.

We didn't agree with the sceptics at the time, and we were right - even to the extent that it looks like the Sumo is shipping earlier than we were expecting, even with our optimistic outlook on the products.

We thought it was a real product quite simply because when we saw it at the show, it was a real product. There were a few rough edges but any one who saw the demo and tried thumbing through the menus would have found that it was all there, at least in the form of a minimum viable product.

The Sumo is a big departure for Atomos. It's the first time that the Melbourne company has built a large scale monitor. There's a strong sense in which the Sumo is a giant version of everything that Atomos has produced before: somewhat in the same way that an iPad is a giant iPhone. But - crucially - the bigger size means that it's simply more suited as a general purpose monitor - and one that you can happily use outdoors, too, quite independently of its HDR talents. The recording functions are mostly retained, because, why not? But make no mistake that the Sumo's raison d'etre is as an HDR monitor.

Intriguingly, Atomos' CEO, Jeromy Young says that this is the first of a new range of products. So we can probably expect bigger (and maybe smaller) Sumos to come. 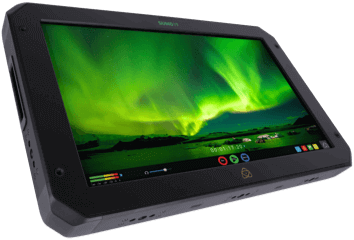 The Sumo also has some new tricks - it can act as a video switcher in addition to the normal recording capabilities. It is, we suspect (and as claimed by Atomos) "The first production monitor that also records 4K 12bit Raw, 10bit ProRes/DNxHR.